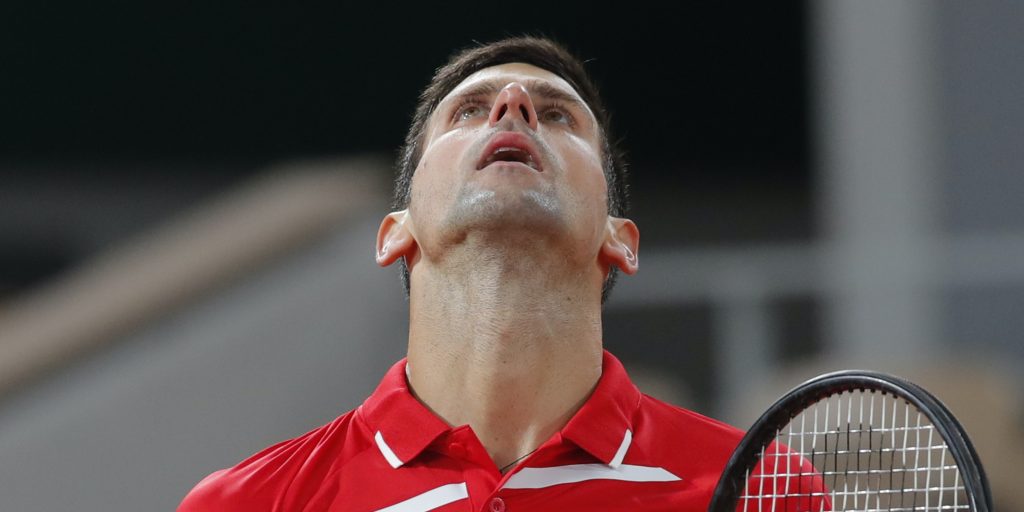 Novak Djokovic vowed to use his French Open final drubbing as motivation for his continued chase of Roger Federer and Rafael Nadal at the peak of men’s tennis.

Nadal’s 6-0 6-2 7-5 victory at Roland Garros on Sunday gave him a 13th French Open title and a 20th slam crown overall, drawing him level with Federer at the top of the all-time men’s list.

Djokovic is now three adrift of both and, with Nadal an inevitable favourite for the French Open next summer, once again facing an uphill struggle to finish his career at the top of the pile.

Unlike his two rivals, he has made no secret that records are his major goal over the final years of his career.

Djokovic, 33, told Serbian media: “If I thought it was too late, I would have ended my career today. But I do not think it is too late. I will keep on going as long as I have fuel in my legs and love and desire towards the sport.

“One defeat, even though it is a grand slam final, cannot destabilise me. I have developed a rather thick skin, I do not allow myself to be disturbed by various speculations.

“Myself and Nadal – and especially Federer – we’ve been written off many times, people were sending us into retirement, but we keep coming back and proving that we are the best in the world despite all the pressure.

“My desire is still huge, I love and enjoy this game. My professional goals stay the same – historic number one ranking and grand slam titles. If I achieve the former, which I hope to do next year, my focus will turn even more to grand slam tournaments in terms of approach, energy and schedule.”

Djokovic is beginning his 290th week as world number one, only 20 short of Federer’s record, and, with the ranking system having been adapted because of coronavirus to stop players losing points, he is very likely to set a new mark in 2021.

The manner of his defeat by Nadal will certainly hurt, particularly given he had not previously lost a completed match all season, with Djokovic admitting he was surprised by the sustained level the Spaniard was able to produce.

But Djokovic has shown over many years that an ability to bounce back – his response to his US Open disqualification being a case in point – is one of his greatest strengths.

“I’m just very blessed and grateful to have the life that I have right now,” he said. “I have to constantly repeat that to myself, that nothing should be taken for granted.

“I keep on working, keep on enjoying this sport, I truly do. Of course, defeats like this are never really enjoyable, but in the greatest of defeats you learn the greatest lessons as a tennis player, but as a person as well.”

Djokovic will be back in action at the ATP tournament in Vienna in a couple of weeks but Nadal might not play again this season.

Nadal, who did not travel to New York to defend his US Open title, stopped well short of committing himself to the ATP Finals, which will be held at London’s O2 Arena for the last time next month. It is the biggest title that Nadal has never won.

He said: “I am not sure if I am going to keep going on the normal calendar or stop playing until next year. It doesn’t make sense today to speak about the World Tour Finals because I really don’t know if I’m going to play it or not.

“It’s just a conversation I need to have with my family and team, especially during the next couple of days. I need to calm down the situation and analyse the future, because we are facing a tough situation, as everybody knows.

“In terms of Australia, (there is a mandatory) 14 days of quarantine before the tournament starts. It is the moment to be smart and make the right decisions in every single moment.”