Novak Djokovic after latest French Open milestone: ‘Of course it makes me proud’ 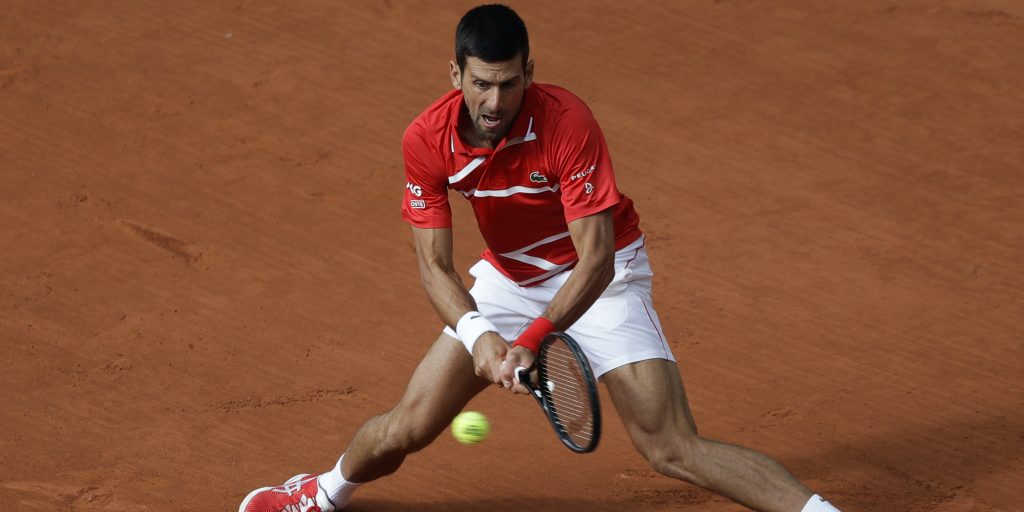 Novak Djokovic hit another milestone with his 70th victory at Roland Garros.

The world No 1 polished off a 6-1, 6-2, 6-2 victory over Lithuania’s Ricardas Berankis in just an hour and 23 minutes and has dropped only 10 games in reaching the third round.

Djokovic has now tied Roger Federer for match wins at the French Open and trails only Rafael Nadal, while he is the only man other than Federer to win at least 70 matches at each of the four slams.

The Serbian, who next faces lucky loser Daniel Elahi Galan, said: “Grand slams are obviously the biggest tournaments in our sport. Historically, they count the most. So, of course, winning that many matches in each slam is a great achievement, and of course it makes me proud, makes me happy.

“Over the two weeks it takes a lot of energy and effort to invest into winning a grand slam. It’s kind of a confirmation for me that I have been able to play my best tennis throughout my career in the biggest tournaments.”

Fifth seed Stefanos Tsitsipas had to recover from two sets down to win in the first round but was much more impressive against Pablo Cuevas, winning 6-1 6-4 6-2 with an exuberant performance.

Ninth seed Denis Shapovalov suffered a painful loss to Spain’s Roberto Carballes Baena, though, going down 7-5 6-7 (5) 6-3 3-6 8-6 after exactly five hours, having served for the match twice in the deciding set.

Shapovalov sustained a hamstring injury and made 106 unforced errors, but was still proud of his efforts in tricky conditions.

He said: “Honestly I feel like the conditions were as tough as possible for me to play against here, with the balls being just so heavy and it being really cold. I play an aggressive game, I like to step in, and he just had so much time. So it was very difficult.

“I’m really happy that I was able to bring myself to a winning position, and then in the end it’s just a little bit unlucky. I think I did everything right, it just didn’t go my way today.”

The young Canadian’s mood would not have improved when he learned that HawkEye, which is not used at the tournament, showed a return from Carballes Baena was out that would have given him match point.

Shapovalov has not been impressed with the organisation of the tournament in general and hit out at the supposedly-secure player bubble as well as the scheduling.

He said: “Honestly I think they’re not doing a good job. There’s really no bubble, especially in the second hotel, I heard. Scheduling is absolutely awful. After a five-hour match I have to play doubles now. It’s just complete trash scheduling.”

Picture books don’t count 👍🏽👏🏽 judging from how you constructed this sentence. https://t.co/tSIvadH66K

Khachanov weighed in after Kyrgios strongly criticised Mats Wilander for claiming Andy Murray should not be taking wild cards and received a verbal serve from the Australian.

Khachanov said: “I don’t have any problem with Nick. I always said that I respect him. I don’t know why he acts sometimes the way he acts. I wanted to be more polite just to explain also my opinion. But maybe just I want to let it go and that’s it.”