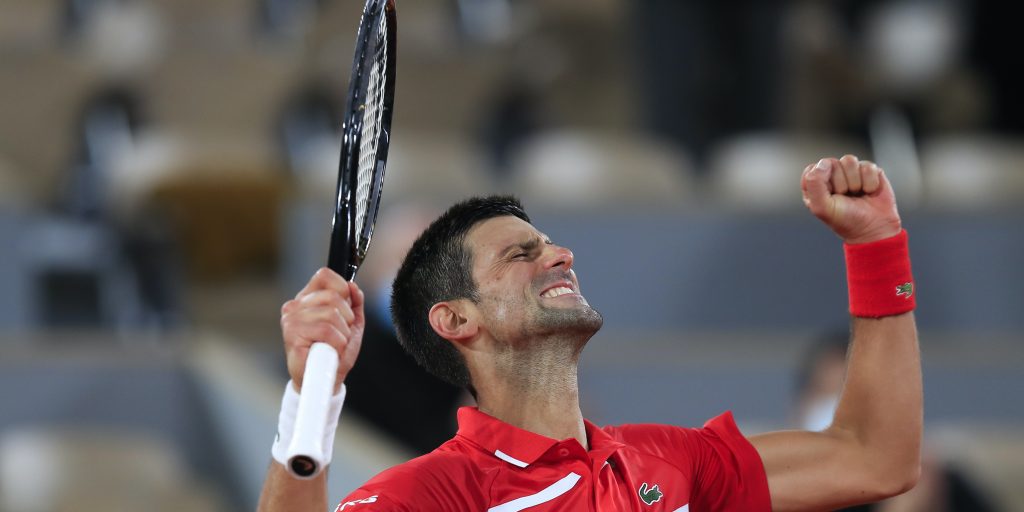 Novak Djokovic will have had flashbacks to his dramatic US Open exit as he booked his place in the French Open quarter-final.

The world No 1 was sensationally disqualified from the New York tournament last month after he hit a ball in frustration that struck a line judge in the throat during his fourth-round match with Spaniard Pablo Carreno-Busta.

Djokovic again hit a line judge in his fourth-round win over Russian Karen Khachanov at Roland Garros, but as it was during a point and he faced no action as he was able to complete a 6-4, 6-2, 6-3 victory.

The Serb was only able to get a frame on a wide serve from Khachanov in the third set and the ball deflected into the head of the service line judge, who was uninjured.

That was the biggest drama Djokovic has faced during the opening four rounds of the tournament in Paris as he has yet to drop a set and will be Rafael Nadal’s main rival for the title come Sunday.

“As much as three sets to love looks simple enough, point by point it was a tight match, I am happy to win in straight sets,” he said during his on-court interview.

“I changed tried to change the pace a lot, and use the drop shot. I tried to move him around.

“I am really pleased with the tournament I have played so far. It’s a cliche but it is important to focus on the next match and I have to perform.”

That next match could see him reunited with Carreno-Busta, which would be ironic given his fright with the line judge in this match.

While Djokovic is a regular at this stage of the French Open, Stefanos Tsitsipas is here for the first time after he despatched Grigor Dimitrov in straight sets.

The Greek, seeded number six, will now meet Andrey Rublev in the last out and he knows his tournament is about to get a lot tougher.

“It’s going to be a difficult challenge. I’m not expecting things to get easier from this point, for sure,” he said.

“Every single round is going to be more difficult than the previous one. Doesn’t mean if things are this way right now they are going to be a different way later or tomorrow or the day after tomorrow. I keep learning every day.

“I think applying that to my game as much as possible, being responsible, being aware of all my choices and the decisions on the court.”

Rublev has never been past the first round at Roland Garros until this year but backed up his run to the quarter-finals at the US Open with another one here.

“I mean, of course I feel great. I feel great with my performance for last couple of weeks, in general with my season. I’m really grateful,” he said after a four-set win over Marton Fucsovics.

“I mean, like every player, I don’t think that I did something more than others. I think physical-wise I feel like the same like all the rest because we play the same matches.”