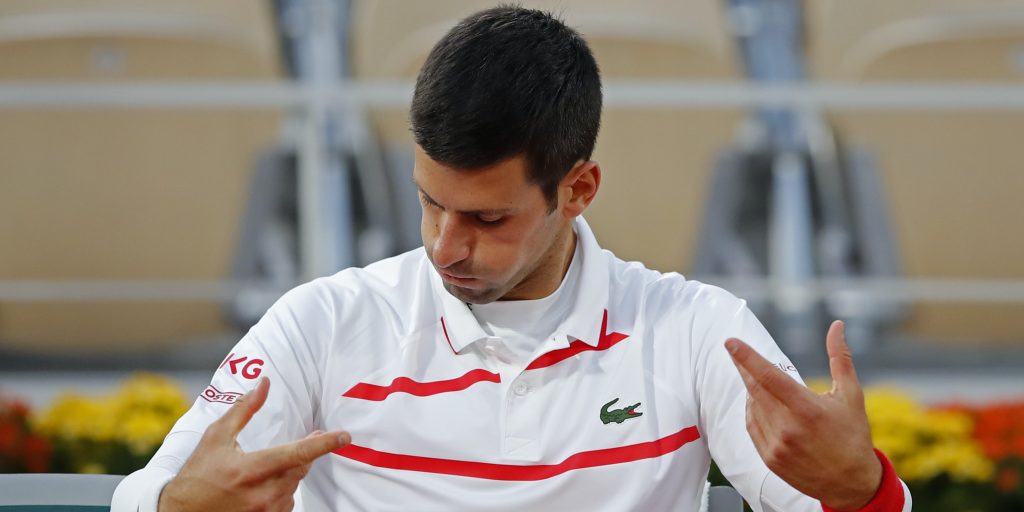 Novak Djokovic is optimistic he will be able to recover physically ahead of his French Open semi-final against Stefanos Tsitsipas.

Having looked supreme through the first four rounds, the world number one was in trouble against Pablo Carreno Busta in Wednesday’s quarter-final, struggling with his neck and arm before battling through in four sets.

Tsitsipas has improved through the tournament, not dropping a set since his opening match, when he fought back from two sets down against Jaume Munar.

Djokovic spoke highly of the Greek, who will play in a grand slam semi-final for the second time, saying: “He’s one of the best players in the world. Deservedly where he is in the rankings.

“He’s been playing the tennis of his life really in the last 12 months, winning World Tour Finals, just being very consistent on all surfaces with his results.

“He has an all-around game. He’s a big guy, big serve. He has weapons, obviously serve and forehand, his backhand. He produces a lot of spin. He comes into the net. He can play aggressively. He can defend well because he moves well. He’s really a complete, all-around player.

“I expect a really tough, tough match, tough challenge for both of us. Semi-finals of grand slam, this is what you expect. You expect to play a top-five, top-10 player. I’m hopefully going to be able to feel my best and play my best.”

Djokovic has only won four of his previous nine semi-finals at Roland Garros and has not made the final since his sole title on the Parisian clay in 2016.

Tsitsipas, who is bidding to become the youngest male grand slam finalist since Juan Martin Del Potro 11 years ago, is expecting to face a fully-fit opponent.

He said: “An injury is not going to play (a part in) anything. I have to play the way I have to play. I’m approaching that match with the same intensity and the same focus that I’ve been doing the last few matches.”

The other semi-final will pit 12-time champion Rafael Nadal against Argentina’s Diego Schwartzman, who beat the Spaniard for the first time in 10 meetings in Rome three weeks ago.

History is still heavily in favour of Nadal, who is yet to drop a set this tournament, extending his win-loss record at Roland Garros to a ridiculous 98-2. He has also won all 12 of his previous semi-finals at the French Open.

Schwartzman said with a smile: “If I see the history, I’m not sure if I’m going to have a lot of confidence. But I know that I can beat him. That’s the important thing.”

Schwartzman has already knocked out US Open champion Dominic Thiem in a five-set epic and, with the ball still bouncing much lower than usual, Nadal will certainly be wary of the Argentinian.

The Spaniard said: “He’s coming with big confidence. He’s in the final in Rome, he’s in the semi-finals here. He beat me there. It’s a plus of confidence for him. I know that.

“I’m going to try to go on court, play my best, try to play my game, play aggressive, try to do something a little bit different than what I did in Rome, of course. Hope to be ready to play my best. That’s what I need.”

Nadal’s coach Carlos Moya is optimistic his charge will play a much better match than he managed in Rome, which was his first tournament since February.

Moya told Eurosport Spain: “The match in Rome was very strange because Rafa won two very good matches against powerful opponents. Against Schwartzman, it was the first time that he had problems in the score and he did not manage it totally well on a physical or mental level.

“We learned from that moment and now he is at a great level with many more games played. It will be a tough mental battle and I think we have some weapons that will allow Rafa to compete with guarantees.”