‘I want to learn from that experience in 2016,’ says Novak Djokovic as he continues pursuit of Golden Slam 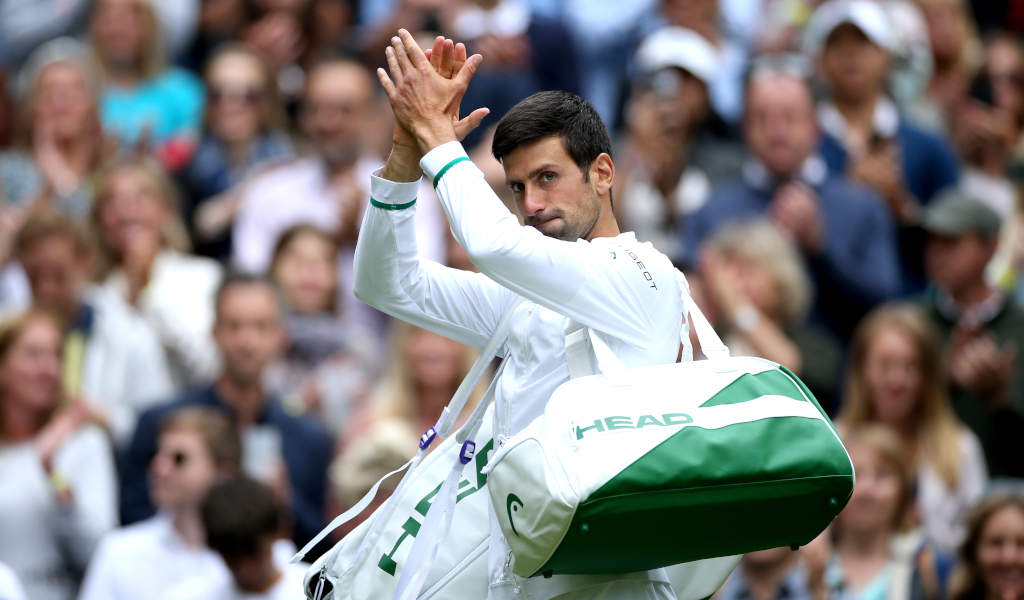 Novak Djokovic believes his experience at Wimbledon in 2016 will keep him focused ahead of a third-round meeting with Denis Kudla.

The world No 1 negotiated a tricky second match with Kevin Anderson on Tuesday to stay on course for a potential Golden Slam.

After triumphing in Australia at the start of 2021 and at Roland Garros in June, Djokovic can still emulate Steffi Graf in 1988 when she won all four majors and the Olympics – a feat yet to be repeated.

But the 34-year-old has been here before – five years ago – and saw the dream ended by a shock third-round exit to Sam Querrey back on that occasion.

“I want to learn from that experience in 2016, winning the first two Slams of the year and coming into Wimbledon playing great and feeling great,” Djokovic said.

“I just felt a little bit different, a little deflated. I don’t want to say demotivated because playing Wimbledon is always a dream. But I felt slightly different to how I had felt before and it was the first time I had experienced that situation and circumstances.

“This time probably I would like to think I am a bit wiser and more experienced as a player and person. It helps and I am now in the third round but it has only been two matches in the tournament and still a long way to go.

“Hopefully I can go very deep, that is the goal but I am very pleased with the way I have been playing so far.”

Pitted against Anderson in round two in a repeat of the 2018 Wimbledon final, the contest ended in the same result – a straight-sets victory for the Serbian, who was flawless at times despite some more falls on the Centre Court surface.

History repeats itself for @DjokerNole as the defending champion beats Kevin Anderson again at #Wimbledon to progress to the third round pic.twitter.com/RlkJIYNoIq

A run of 12 consecutive points secured the opener before Djokovic moved through the gears to beat the big-server in one hour and 41 minutes.

It was an ominous sign for the rest of the contenders, with the top seed searching for a third straight win at the All England Club which would tie him level on 20 grand slams with rivals Roger Federer and Rafael Nadal.

Djokovic added: “I am obviously in a high level of confidence after winning French but I was nervous coming into this match because I was playing a very good, experienced player who I faced in the final three years ago.

“He is a big-server and a very dangerous opponent, especially in the early rounds. But I just done things on and off the court to make myself feel focused and yet at the same time calm, composed and clear with my game plan and what I want to do.

“I did my homework, talked with my coaches and worked well on the practise court, so I think it is a combination of all these factors that makes you feel confident on the court.”

South African Anderson made his Centre Court return and while he struggled with his first serve, he was also barely given a sniff by Djokovic, who made only six unforced errors.

It has been a tough couple of years for the 35-year-old, with knee surgery required which contributed towards him dropping out of the top 100.

Anderson will turn his attention to the US Open now and when the 6ft 8in player arrives in America in September, his SW19 conqueror Djokovic could be within touching distance of a Golden Slam if he can maintain this supreme form.

Anderson admitted: “It would be a hell of an achievement. I mean he has certainly demonstrated that he has the ability to recover and play these big matches over and over.

“Look obviously he has got a shot at it, unless something happens injury wise.

“He is going to have tough matches but on any given day he has proven he is probably almost the favourite against most people. It will be interesting to see and he has put himself in a unique position.”