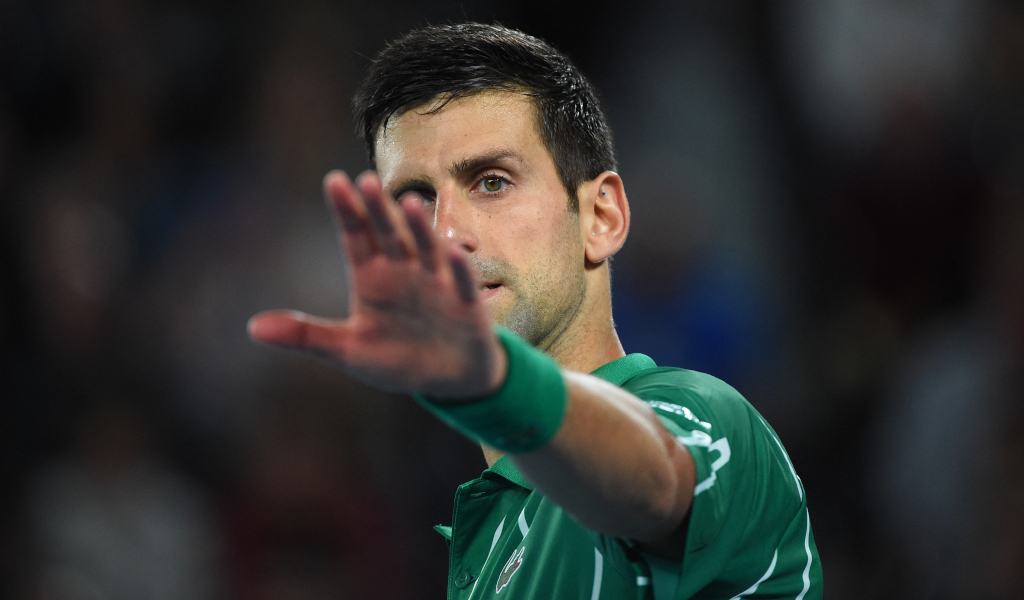 Novak Djokovic claims he has zero regrets about missing the US Open and the chance to add to his tally of 21 grand slam titles.

The three-time Flushing Meadows champion was prevented from participating last month due to his decision not to be vaccinated against Covid-19.

The title was won by teenage Spanish sensation Carlos Alcaraz, who beat Casper Ruud in the final while Djokovic watched on from home.

Yet the 35-year-old Serbian said: “No, I don’t have any regrets. I mean, I do feel sad that I wasn’t able to play, but that was the decision that I made. I knew what the consequences will be, so I accepted them. That’s it.

“I mean, I congratulate Alcaraz for winning the US Open. He did it in an incredible fashion, in three or four five-set matches in the tournament. He’s 19 years old and already number one in the world.”

Djokovic also missed the 2022 Australian Open after a drawn-out saga, and he is yet to find out if the rules will be relaxed so he can participate in Melbourne next year.

“I’m waiting for the news,” he added. “It’s really not in my hands right now. I’m hoping I can get some positive news soon.”

Djokovic is looking forward to the atmosphere of the Laver Cup.

“Laver Cup gives you this unique opportunity to be with your rivals in the team and train with them, spend quality time on and off the court with them, have team dinners,” Djokovic said.

“It is strange in a way, but in a positive and exciting way, because we all share the tour, share the stage for so many years and as individual athletes have our own teams. We want to beat each other on the court.

“But these four, five days, we’re together and support each other, and passionately. I think playing with Roger on the court and supporting all other teammates from Team Europe during three days was something I will probably remember for a long time.”

Djokovic managed to collect great rival Roger Federer with a forehand during practice on Thursday.

“I didn’t mishit the forehand but I was very late,” Djokovic said with a smile.

“Roger was in the wrong place at the wrong time. It was funny. You could hear the crowd laughing, a bit concerned about Roger’s back, but then once he showed that everything was okay, we all had a big laugh.

“So I’m hoping I won’t be hitting my partners on the doubles court anymore.

“It feels like you’re playing four matches a day, because even when you’re not playing, you are courtside supporting your teammates and living through every single point played with them,” said Djokovic.

“So you do feel very engaged.”