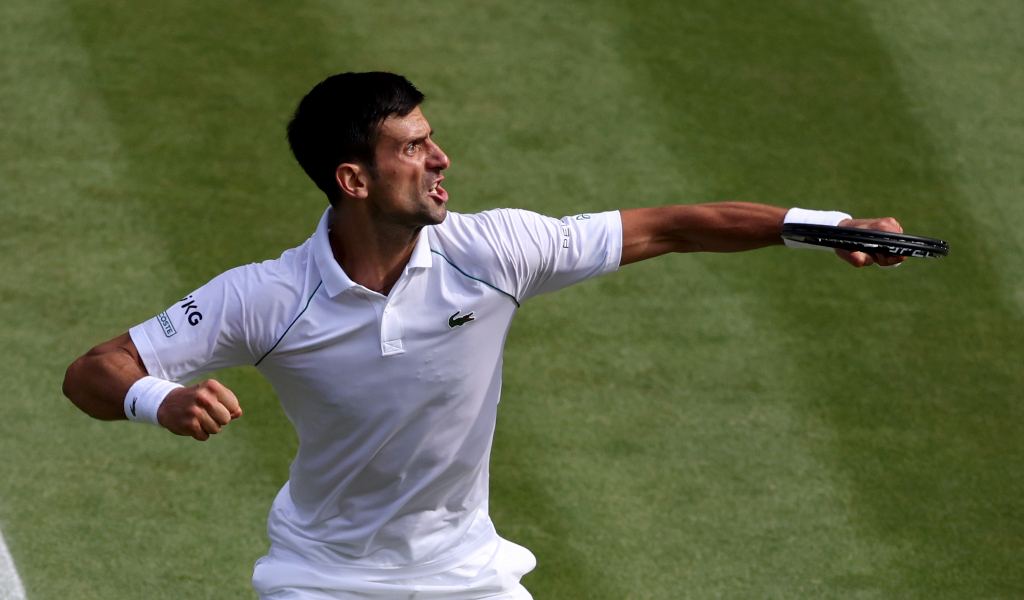 Novak Djokovic overcame the latest bump in the road on his seemingly inexorable march towards the Wimbledon title with a straight-sets win over Denis Kudla.

The world number one extended his winning streak in Grand Slams to 17 matches and took another step towards a sixth Wimbledon crown, the third leg of the calendar-year grand slam, and a record-equalling 20th major title.

Djokovic can even still emulate Steffi Graf in 1988 when she won all four grand slams and gold at the Olympics – a feat yet to be repeated.

The unforced error count was also up significantly on the six he registered against Anderson- this time he made 28.

Djokovic said: “I have to give credit to Denis for playing very well, the third set was very close. He’s a great guy and I wish him all the best.

“He was unlucky in the tie-break and somehow I managed to find a way to win. You have to give your maximum at what for me is the biggest tournament.”