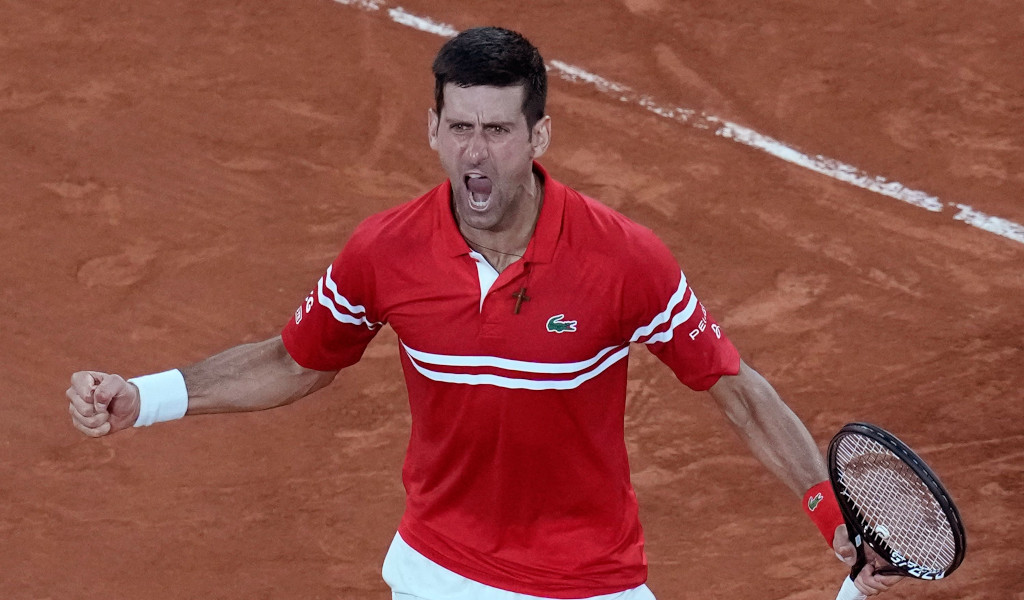 Rafael Nadal was beaten for just the third time at the French Open as Novak Djokovic won an extraordinary semi-final on a night of sporting drama at Roland Garros.

The great Spaniard went into the contest having won 105 of his previous 107 matches on the Parisian clay, losing only to Robin Soderling in the fourth round in 2009 and Djokovic in the last eight six years ago.

Impossible Achieved 👊@DjokerNole becomes the first player in history to defeat Nadal in a Paris semi-final, besting the Spaniard 3-6, 6-3, 7-6(4), 6-2 to reach the title match.#RolandGarros pic.twitter.com/Cfy4178lSW

It is the world number one who will take on Stefanos Tsitsipas – winner of a five-set contest with Alexander Zverev earlier on Friday – in the final on Sunday, bidding for a 19th Grand Slam title and to become the first man in the Open era to win each title at least twice.

Nadal had been trying to claim the outright men’s record with 21 slam titles and went in as a clear, albeit narrow, favourite, particularly given his drubbing of Djokovic in the final last October.

The first five games were a near carbon copy of that match, with Nadal finding the answer to everything Djokovic could throw at him and moving into a 5-0 lead, but from there it swerved off in a completely different direction entirely.

Djokovic not only avoided the love set but pulled three games back, sowing a few seeds of doubt in Nadal’s mind before the Spaniard took his seventh set point.

Those doubts were evident as Djokovic moved into a 2-0 lead and then, after Nadal had broken back, a 4-2 advantage.

The next game summed up what makes contests between these two some of the best in all sport. The points were spellbinding, the athleticism mind-blowing, with both men not only trying to deploy their weapons but to prevent the other doing likewise.

Nadal had three chances to break back but was denied on each occasion, as he was two games later when Djokovic served for the set, the Spaniard missing a routine backhand on break point and paying the penalty.

There was no doubt Djokovic was in the ascendancy and yet this was Nadal on clay in Paris and, as the Serbian knows better than anyone having lost to him here seven times, there is no tougher challenge.

A Djokovic break for 3-2 in the third set was immediately snuffed out by Nadal but the effort of doing so took it out of the 35-year-old, who promptly dropped his serve to love.

Djokovic survived another long game to hold for 5-3 and was at 30-0 trying to serve it out but one moment of hesitation was all it took to give Nadal hope and back stormed the champion with four points in a row.

Both men were showing understandable signs of fatigue but somehow they engineered even more outlandish points, with Nadal fighting off break points to hold for 6-5 and then creating a set point only for Djokovic to save with a precision drop shot.

As in last year’s final, the tactic had been more foe than friend but, at the biggest moment of the match thus far, it came to his rescue. 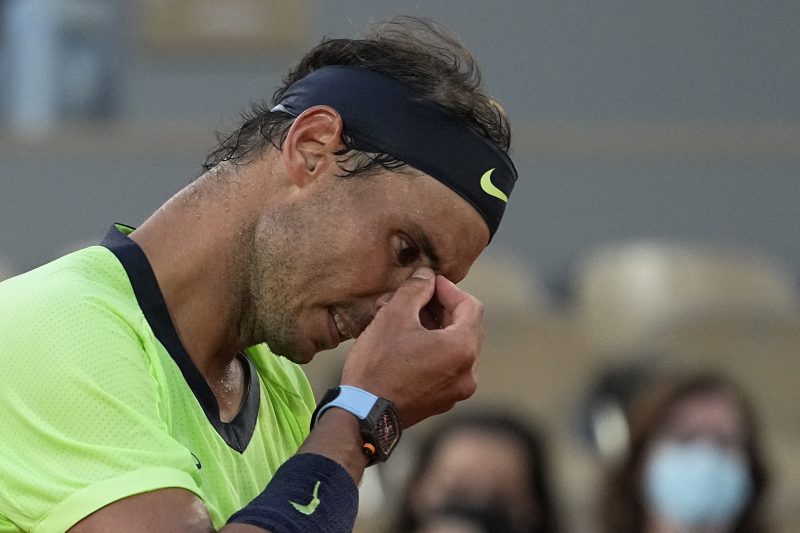 The tie-break was nip and tuck until Nadal, normally the most solid of volleyers, put one long at 4-3 that would have left a club player with head in hands.

Djokovic was not so charitable and, for just the fifth time at Roland Garros, Nadal lost a second set in a match.

The biggest cheer of the night came with the announcement that the fans, who had been expected to be ejected to comply with Paris’ 11pm curfew, were in fact being allowed to stay.

Nadal made a statement with a break to start the fourth set but it was Djokovic who was in control of more of the points and, for once, the champion had no answer.