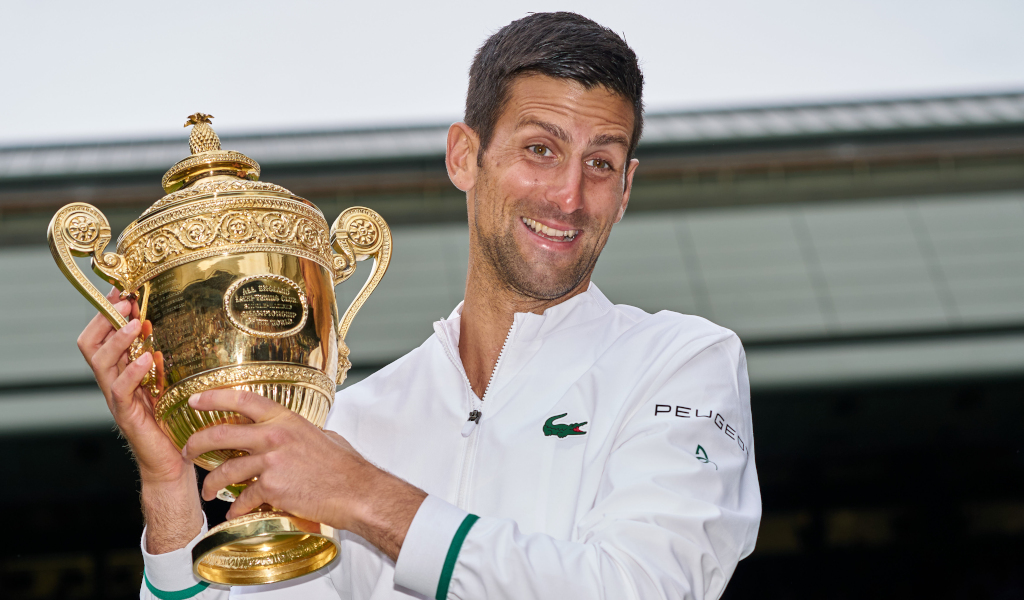 Roger Federer was quick to congratulate Novak Djokovic after he made it a three-way tie at the top of men’s tennis with his 20th Grand Slam title.

Djokovic defeated Matteo Berrettini 6-7 (4-7), 6-4, 6-4, 6-3 to join Federer and Rafael Nadal as the most successful men in the history of Grand Slam tennis.

Federer has now seen the mark he set at the Australian Open in 2018 equalled twice in less than a year, first by Nadal at the French Open last October and now Djokovic.

Federer wrote on Twitter: “Congrats Novak on your 20th major. I’m proud to have the opportunity to play in a special era of tennis champions. Wonderful performance, well done!”

BBC pundit Tim Henman, a four-time Wimbledon semi-finalist, said: “He’s just had an incredible tournament. He came in as a huge favourite and put in an absolute masterclass over the two weeks. No doubt that the best player won this tournament.

“He talks about his hunger and desire and motivation. He’s drawn level with Rafa and Roger but there’s no doubt he wants to be the leader in that conversation.

“The calendar Grand Slam is definitely on the cards and that would be in the men’s game one of the greatest achievements in this sport.”

Djokovic is the first man since Rod Laver in 1969 to win the first three slam titles of the year, and the Australian wrote on Twitter: “Congratulations Novak. Amazing achievement, you are on your way to a Grand Slam. Matteo, you played a fantastic tournament and I have no doubt your time will come.”

Congratulations Novak. Amazing achievement, you are on your way to a Grand Slam. Matteo, you played a fantastic tournament and I have no doubt your time will come. https://t.co/bRY6J8B9Lx

This year marks the 20th anniversary of Goran Ivanisevic’s memorable triumph, and the Croatian has become an integral part of Djokovic’s coaching team.

He said with a smile: “I won this tournament as a player, now I won as a coach. I don’t have to come any more.”

Ivanisevic believes Djokovic can win the Golden Slam, saying: “I said so many times, even before I was in his team, if somebody can win a Golden Slam, that’s him.

“Working with him is a privilege, is an honour, is everything, but it’s not easy. It’s a lot of pressure. Final is not good enough. We count only wins.

For the first time since Rod Laver in 1969, Novak Djokovic will enter the US Open with the first three Grand Slams of 2021.

“But it’s fun. It’s a challenge. He is writing history. Unbelievable. When he won the French, sure, he came here very confident, played with a lot of confidence, played good. Some matches he didn’t play well, but still won. That’s why he’s such a champion.

“This one was huge. This is 20 to tie these three unbelievable guys. Now going to the US Open, first time in his career, winning three in a row in the same year, having the chance to win four – that would be unbelievable.