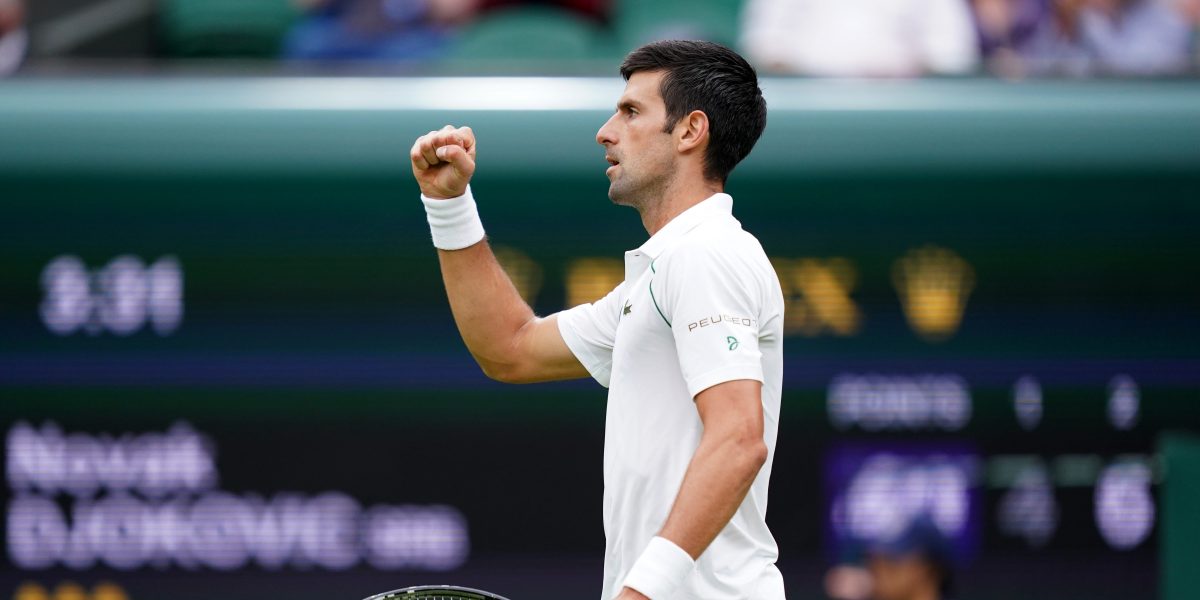 Novak Djokovic admitted he was not at his best despite overcoming the latest bump in the road on his seemingly inexorable march towards the Wimbledon title with a straight-sets win over Denis Kudla.

The world number one extended his winning streak in Grand Slams to 17 matches and took another step towards a sixth Wimbledon crown, the third leg of the calendar-year Grand Slam, and a record-equalling 20th major title.

Djokovic can even still emulate Steffi Graf in 1988 when she won all four Grand Slams and gold at the Olympics – a feat yet to be repeated.

The unforced error count was also up significantly on the six he registered against Anderson – this time he made 28.

Djokovic said: “Kudla fought well. He played well, I thought, from the beginning. Until the last game of the first set I thought we were pretty even.

“I won, I think, four games in a row, something like that, started playing better. I mixed it up.

“I had to slow down the pace in the game because he was really handling well the ball, the flat ball, from the back of the court. He has a really good balance. I think his backhand and forehand as well, pretty flat. He moves around pretty well on the surface. He’s a really good player.

“I, myself, from the other side, I can’t say that I’m too pleased with the way I performed. I felt like today I was a bit off, especially with serving.

“Usually my serve worked really well in the first two matches, and generally my serve is a weapon. It wasn’t today.

“But it is what it is. I don’t want to talk about negatives. I just won in straight sets. Honestly, I think I can play better. I hopefully will do in the next round.”