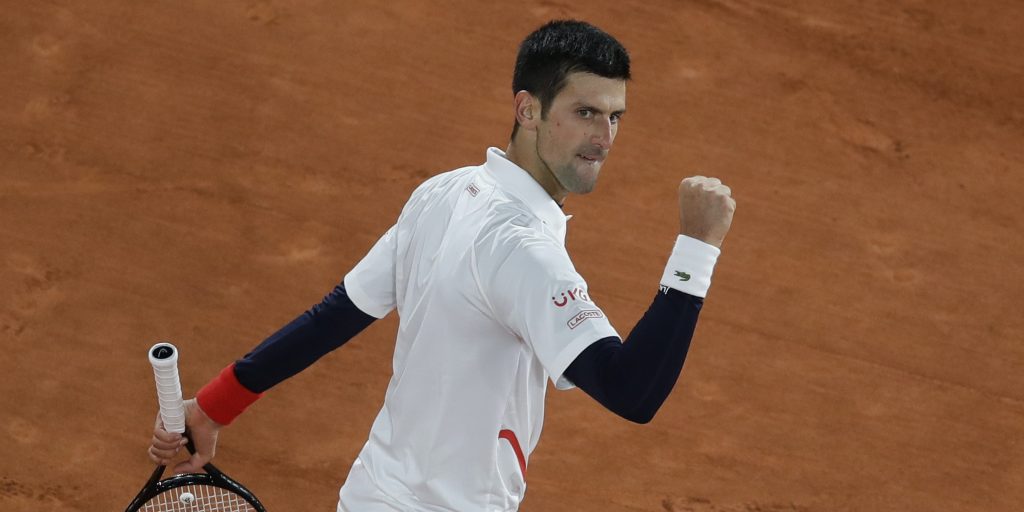 Novak Djokovic set up a semi-final against Stefanos Tsitsipas at the French Open as he came from behind to defeat Pablo Carreno-Busta in four sets.

Djokovic had tape on his neck and looked to be having some issues with his left arm while losing the opening set, the first he has dropped at this year’s tournament in Paris.

But the world No 1 appeared less troubled thereafter as he fought back to get past Carreno-Busta 4-6, 6-2, 6-3, 6-4 in a high-quality contest lasting three hours and 10 minutes.

The Spaniard was Djokovic’s opponent when he was sensationally disqualified from the US Open last month after hitting a ball in frustration that struck a line judge.

That is the only match in 37 this year that has not ended in victory for the Serbian 17-time Grand Slam winner, who is aiming at Roland Garros to add to his 2016 triumph, his sole French Open title to date.

The other last-four clash is between Rafael Nadal and Diego Schwartzman.