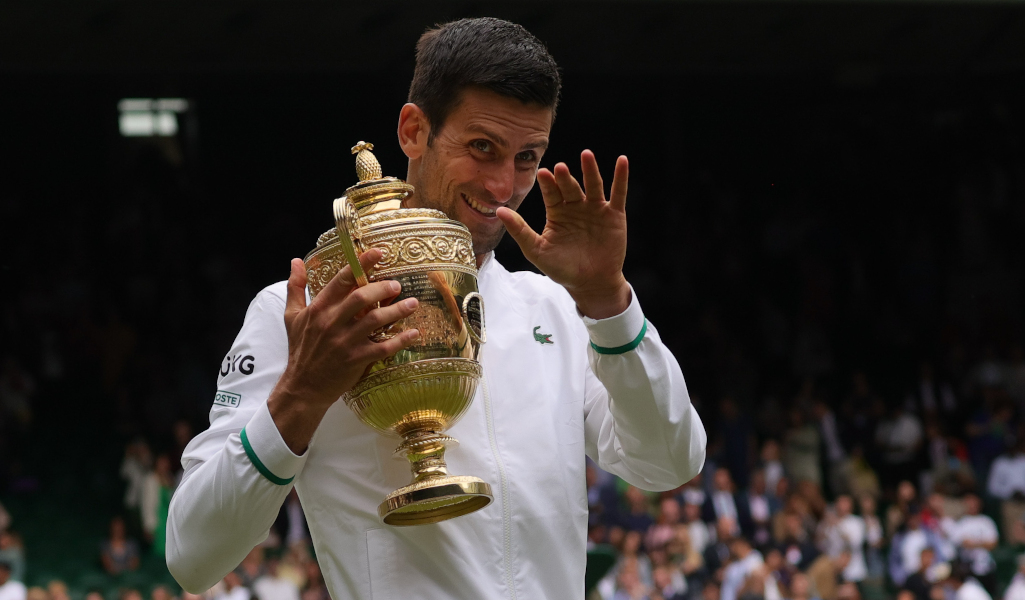 Novak Djokovic will digest his latest victorious nibble of the Wimbledon grass before deciding what step to take next in his historic season.

By defeating Matteo Berrettini to win his record-equalling 20th Grand Slam title, Djokovic has made the best start to a season by any man since Rod Laver in 1969.

He will be a hot favourite to match Laver by winning the US Open and completing the calendar Grand Slam, while, despite his reservations about going to Tokyo, it seems unlikely he will pass up the opportunity to become the first man to win a Golden Slam of all four titles and an Olympic singles gold medal.

Since recovering from elbow surgery and rediscovering his mojo by winning Wimbledon three years ago, Djokovic has won eight of the last 12 Slam titles and is more dominant than he has ever been.

The Serbian is reaping the benefits of a meticulous devotion to looking after his body and, even at the age of 34, has no trouble physically matching players more than a decade younger.

Speaking after defeating Berrettini, Djokovic said: “I feel like, from 15 years ago to today, the journey that I’ve been through has been very rewarding for every segment of my game and also my mental strength, the experience, understanding of how to cope with the pressure in the big moments, how to be a clutch player when it matters the most.

“That’s probably, if I have to pick one, the one that I would point out as the highlight of my, so to say, improvement in my assets that I have in the last 15 years on the tour. Just the ability to cope with pressure.

“Obviously it’s all coming together. I feel like in the last couple of years for me age is just a number. I don’t feel that I’m old or anything like that. Obviously things are a bit different and you have to adjust and adapt to your phases you go through in your career.” 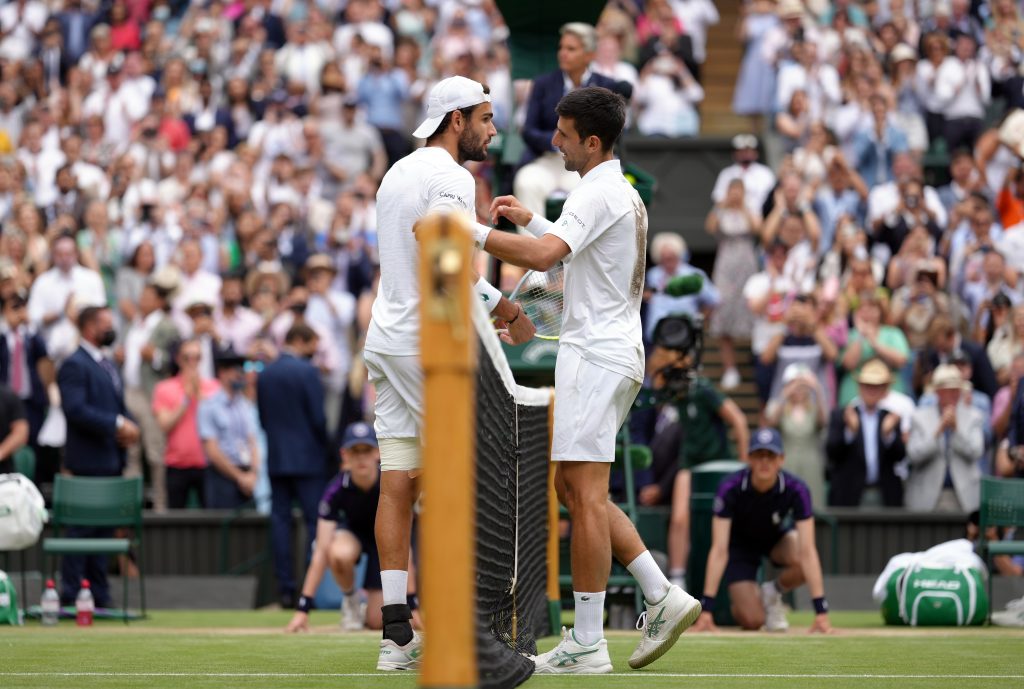 A measure of Djokovic’s success is that he has already qualified for the season-ending ATP Finals, which will be held for the first time in Turin in November after ending its long stint in London.

It is the 14th time the Serbian has qualified and he will bid to win a sixth title, which would see him equal another of Federer’s records.

Berrettini got over his disappointment by going to Wembley to see Italy win the European Championship, and the Italian showed that he has a lot more to offer than just a big serve and forehand.

He is one of the next generation of players trying to break the remarkable stronghold of the big three at the biggest events, and he took confidence from his performance in his first Slam final.

He said: “Novak was the better player on court, but I’m getting closer. Every match that I’m playing against them helps me to get closer. Obviously they’re improving. It’s tougher and tougher to get there.

“I just need matches like this. I just need experiences like this. That’s what we said to my team. Obviously, also this kind of anger, disappointment that I have now, it’s really helpful (and) is going to be helpful for the next events.”