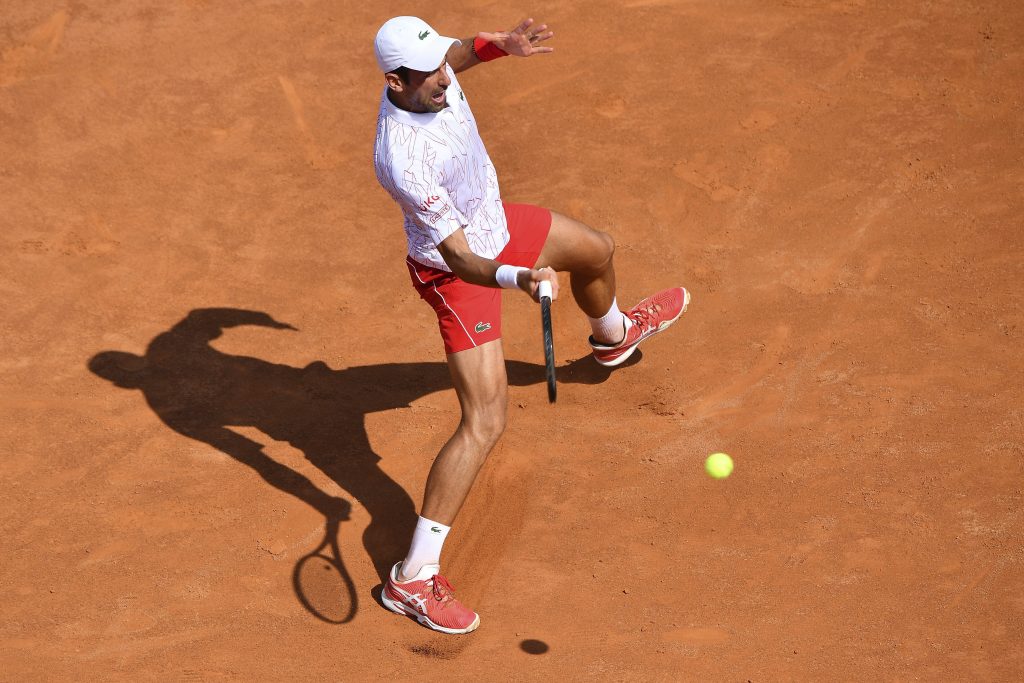 Novak Djokovic dropped his first set of the Italian Open but recovered to beat qualifier Dominik Koepfer and reach the semi-finals in Rome.

The omens were certainly not good for German Koepfer when he lost the first four games of the match, but he responded by breaking Djokovic twice in a row to serve notice that this might not be a straightforward afternoon for the world number one.

Djokovic moved 3-1 ahead in the second set but smashed his racket to the court after dropping serve in the next game.

The world No. 1 continues his quest in Rome! 👊@DjokerNole | #IBI20 pic.twitter.com/eNy8FAKFjj

Koepfer capitalised to level the match but Djokovic kept his cool and eventually came through 6-3, 4-6, 6-3 to set up a clash with Norwegian Casper Ruud.

It will be Djokovic’s 69th semi-final at Masters level and 11th in Rome alone, but this is new territory for Ruud.