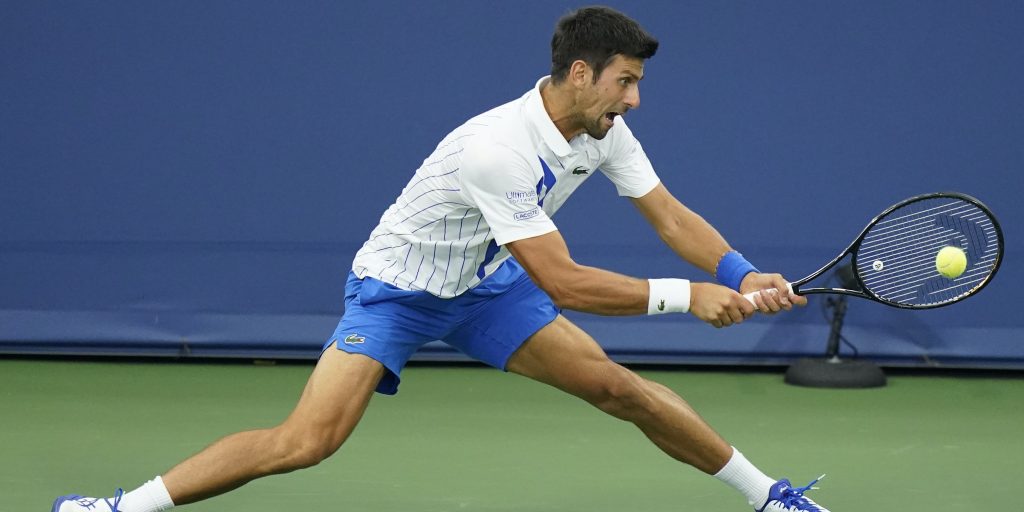 Novak Djokovic put his off-court distractions to one side to win a record-equalling 35th Masters title with victory over Milos Raonic at the Western & Southern Open.

The world number one is the leading figure in the proposed formation of the Professional Tennis Players Association (PTPA) – a breakaway men’s player union to rival the ATP Player Council – and there is set to be a vote this weekend on whether it moves forward.

And Djokovic, who has also suffered with neck and stomach injuries during the week, looked like he would allow things to get the better of him as Raonic steamed through the first set, but the Serbian came back to win 1-6 6-3 6-4 in New York.

The victory stretched his unbeaten run in 2020 to 23 matches and he will be the man to beat when he returns to court in 48 hours to begin his US Open campaign.

Given the fact that it took a Herculean effort to get through Friday’s semi-final against Roberto Bautista Agut, where Djokovic suffered from an upset stomach, plus the off-court issues, it looked like it might be Raonic’s afternoon.

The Canadian, on the way back after injury problems saw his ranking plummet, took the opening set 6-1 in just 31 minutes.

But Djokovic came to life in the second set and a vital break of Raonic’s monster serve in the sixth game allowed him to level up.

There is a reason why Djokovic has now won all 11 matches against the Canadian and he completely negated Raonic’s delivery, claiming successive breaks to grab the decisive final set.

In the doubles final, British hopes of victory were dashed as Jamie Murray and Neal Skupski slipped to a 6-2 7-5 defeat at the hands of Pablo Carreno Busta and Alex de Minaur.

The Britons led 4-0 in the second set, but were reeled in by the unseeded pair, who were forced to wait to serve out the match by a rain break.