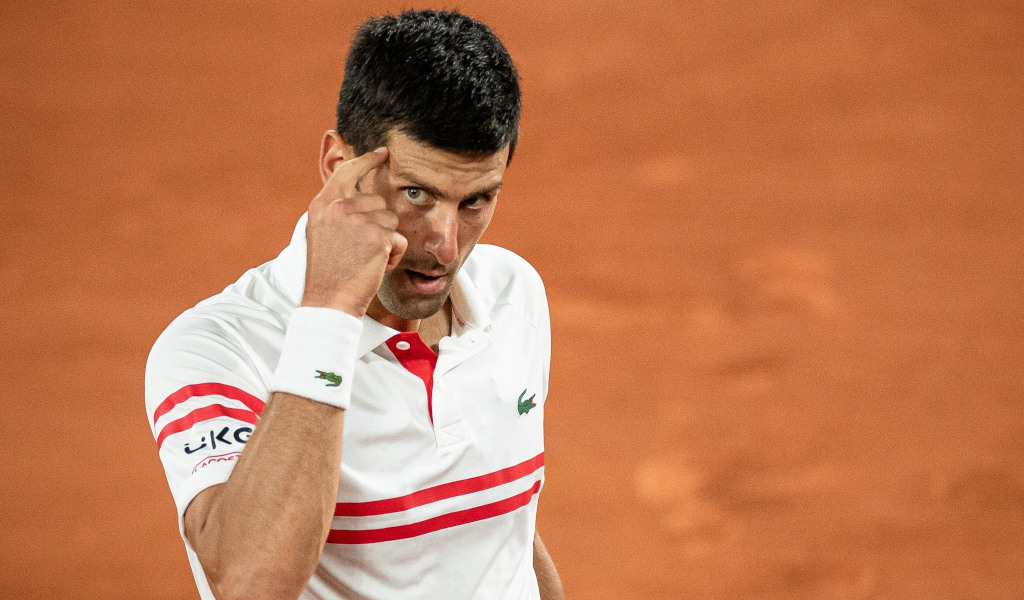 Novak Djokovic backed himself to recover from his epic French Open semi-final victory over Rafael Nadal as he turned his focus to Sunday’s clash with Stefanos Tsitsipas.

While handing the king of clay just his third loss in 16 years at Roland Garros will have given Djokovic immense satisfaction, the bigger prize is still at stake.

Should the 34-year-old lift the Coupe des Mousquetaires again, he would become the first man in the Open era, and only the third ever, to win each Grand Slam title at least twice.

It would also take his overall tally to 19 Slams, only one short of the record jointly held by Nadal and Roger Federer, giving him the chance to potentially overtake both this season.

“It’s not the first time that I’ve played an epic semi-final in a Grand Slam and then I have to come back in less than 48 hours and play finals,” said Djokovic, who admitted he was “not the freshest guy” after battling past Nadal on Friday evening in four sets of spell-binding drama and quality.

“My recovery abilities are pretty good, I must say, throughout my career. Obviously my physiotherapist will try to do everything possible so I can be fresh. Because I’ve played enough tennis, I don’t need to train too much. It’s really now just about taking things slowly until the day of the finals.”

Djokovic famously recovered from a near five-hour semi-final against Andy Murray at the Australian Open in 2012 to beat Nadal in a final that lasted five hours and 53 minutes, the longest at a Slam in the Open era.

The only man to ever beat Nadal twice at #RolandGarros 👇 pic.twitter.com/RGZLuAj9Nu

He was a much younger man then, of course, and both he and Nadal showed signs of fatigue during Friday’s extremely physical clash, although it was the Spaniard who ultimately could not sustain the pace.

Now Djokovic finds himself up against a 22-year-old opponent playing in his first slam final, with Tsitsipas making it past the last four for the first time at his fourth attempt.

“I know what I need to do,” said Djokovic, who defeated the Greek over five sets in the semi-finals last year.

“Obviously Tsitsipas, first time in the finals of a Grand Slam. For him it’s a great achievement, but I’m sure he doesn’t want to stop there. He’s in great form. I think he leads the race rankings this year. He’s had his best results overall. I think he matured as a player a lot. Clay is arguably his best surface.

“We played an epic five-setter last year in the semis here. I know it’s going to be another tough one. I’m hoping I can recharge my batteries as much as I can because I’m going to need some power and energy for that one.”

Tsitsipas had a draining experience himself in the semi-finals, leading Alexander Zverev by two sets to love but struggling to overcome his nerves before he finally won in five.

He broke down in tears after the end of the match with joy and relief and will go into the final fully believing he can overcome Djokovic, who will be the one saddled with expectation.

“It was difficult to handle all of these things and put them together, kind of compromise on some others,” said Tsitsipas, who is bidding to become the first Greek player to win a slam title.

“I was able to deliver and close the match when I had to. I’m proud of myself. I actually love what I’m doing. I love that I get to play in this stadium. I’m grateful for every single match that I get to play.

“I’m obviously just blessed to have the opportunity to play against the best and test myself, something that I’ve always dreamed and wished to happen one day.

“I’m really happy with myself. I think I’ve shown good discipline so far. I’ve been progressive. There is the final, which is exciting. I’m looking forward to leaving my entire body on the court.”