‘I want to play Australian Open, but I’m not sure about ATP Cup and other events,’ says Novak Djokovic 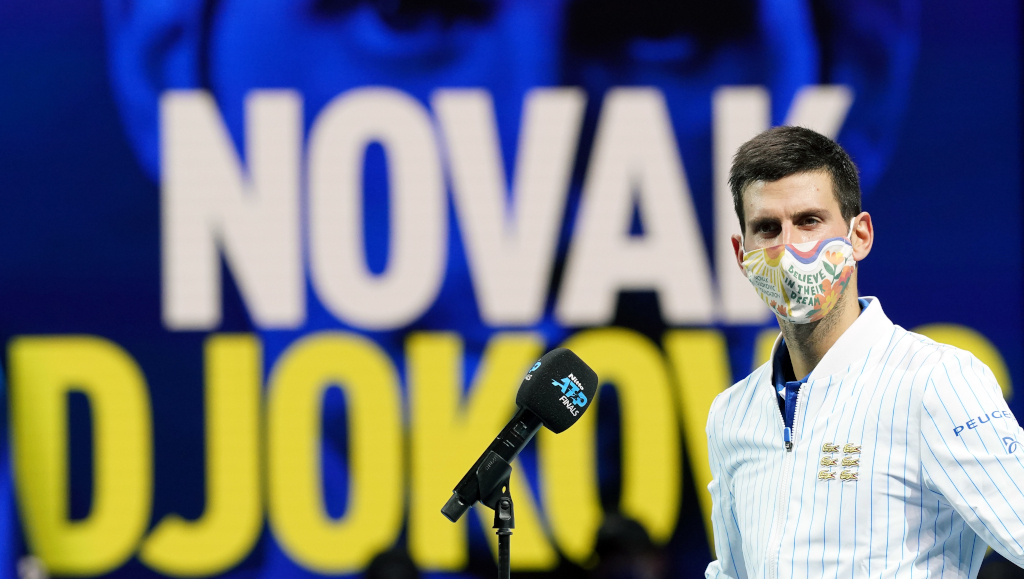 Novak Djokovic’s thoughts turned to the uncertainty over the 2021 tennis season after he made a confident start to his Nitto ATP Finals campaign in London.

The world No 1, who is chasing a record-equalling sixth title at the tournament, dropped just five games in beating Argentinian debutant Diego Schwartzman 6-3, 6-2 in an hour and 18 minutes.

It has been a rough start for the new faces at a deserted O2 arena, with Andrey Rublev also losing in straight sets to Rafael Nadal on Sunday evening.

Make that a dozen 🙌@DjokerNole wins his 12th consecutive opening round robin match at the #NittoATPFinals by beating Schwartzman 6-3 6-2! pic.twitter.com/WMafO8C3D2

This is the final event of a truncated season but, such is the relentless nature of the tennis calendar, the new campaign is due to start in only seven weeks.

Tennis Australia chief executive Craig Tiley told local media on Sunday that all Australian events would be held in the state of Victoria to ensure players can compete in the Australian Open but the state premier swiftly responded that it was not a done deal.

Djokovic said: “I have been in touch with Craig, with Andre Sa, as well, that works with Tennis Australia. We are trying to get information. I think they have been terrific in communicating and representing players and trying to fight for best possible conditions that could be available to us under the circumstances.

“From what I have heard and what I know of the latest news from Tennis Australia is that the Australian Open and the rest of the tournaments will be held in Victoria state, mostly Melbourne and around Melbourne. I saw the WTA came out with a calendar, as well.

“I have not noticed much of a doubt whether the tournaments will happen or not. There is going to be quarantine of 14 days. But obviously we still don’t know whether we choose where we do quarantine.

“It is challenging, I must say. We don’t know whether ATP Cup is happening. Obviously you want things to be ideal, but what is ideal in these circumstances? We just have to wait and see, I guess.

“I hope that it will happen. I want to play Australian Open. I’m not sure about the ATP Cup and the tournaments before because obviously you have to leave quite in advance, actually, I think two and a half or three weeks prior to the first match.”

The global nature of tennis’ calendar and participants presents major challenges in the midst of a pandemic and there is significant uncertainty over what tournaments will take place after the Australian swing.

Djokovic said: “I heard that the Middle East tournaments are going to happen. I sincerely hope everything will happen as normal. But probably what we will have to expect is to play with less crowd or maybe no crowd at all, at least for the next couple of months.”

Djokovic’s victory over Schwartzman took his record to 12-1 in opening matches at the ATP Finals, with his only loss coming to David Ferrer on his debut in 2007, and was a return to winning ways after the shock of a 6-2, 6-1 defeat by Lorenzo Sonego in Vienna last month.

The Serbian all but admitted after that match that, having ensured he would finish a season ranked number one for a record-equalling sixth time, he considered his job done for that week.

Djokovic made a nervous start, dropping serve in the third game, but hit straight back and thereafter was a level above Schwartzman, whose serve took a pounding.

Schwartzman, at 5ft 7in the smallest man to qualify for the year-end tournament for 40 years, has now lost all six matches he has played against Djokovic.

He said: “It’s difficult when you have just a small chance against the No 1, against Djokovic, and you don’t take that chance. The match started to be very difficult, and I was trying but mixing with a few mistakes and with very good points from him, and then it was a tough match.”