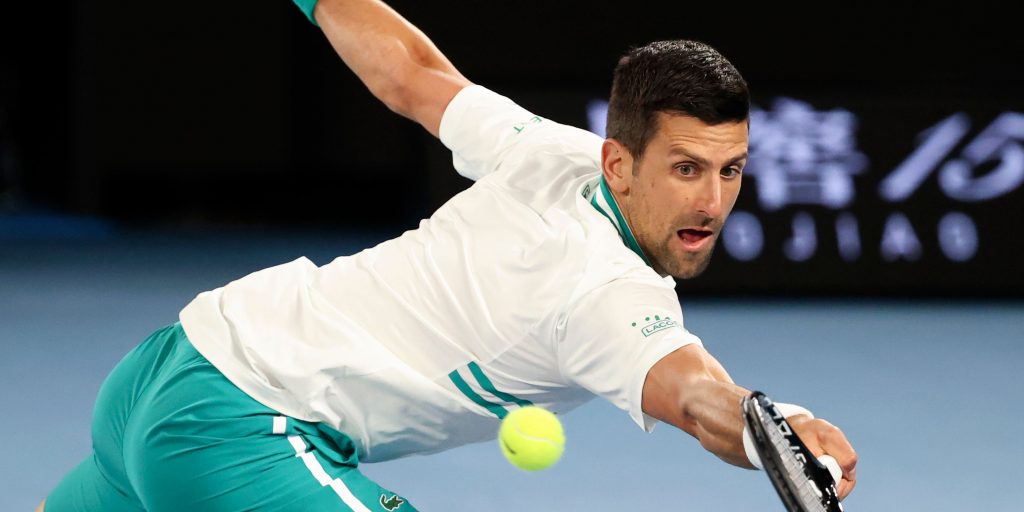 Novak Djokovic admitted he is risking significant damage to his body by continuing to play in the Australian Open.

The world number one sustained an abdominal injury during his third-round match against Taylor Fritz on Friday and was unsure until he practised on Sunday whether he would take to the court for his clash with Milos Raonic.

Djokovic admitted that he would have pulled out of any tournament other than a Grand Slam but the incentive of trying to win a ninth title in Melbourne and 18th overall is stronger than the pain.

The 33-year-old, who became the second player after Roger Federer to win 300 grand slam matches, declined to confirm whether he had suffered a tear, as he suspected on Friday.

He said: “Mentally I think you have to accept that I did come into the match knowing that I’ll probably feel pain all the way through, which was the case. But the level of the pain was bearable, so I could actually play. And it was kind of going on and off a little bit during the match.

“But I somehow managed to find a way and win, and that’s what matters the most. Now I’ve got another 40 hours or something like that until the next match, which is great about Grand Slams.

“Most likely I won’t be training tomorrow and just, again, going back to recovery routine and hoping that things will get better. It’s kind of a gamble, that’s what the medical team told me. It’s really unpredictable, you can’t know what’s going to happen with you once you’re on the court.

“It could cause much more damage than it is at the moment, but it also could go in a good direction. So that’s something that I don’t know, and I don’t think I will also know until I stop taking painkillers.

“As long as I’m with high dose of painkillers, I still can bear some of the pain. But the tricky thing with the painkillers is that they kind of hide what’s really happening in there, so you might not feel it, but then the big damage might be done.

“But I’m fine with whatever is happening post-tournament, because I’m going to take time off to heal properly before I step on the court again.

“I have talked a lot with my own medical team and also the medical team of the Australian Open. They all share the opinion that there is a slight, very slight, chance that I will make a significant damage that would take me out of the Tour for some extended period of time. 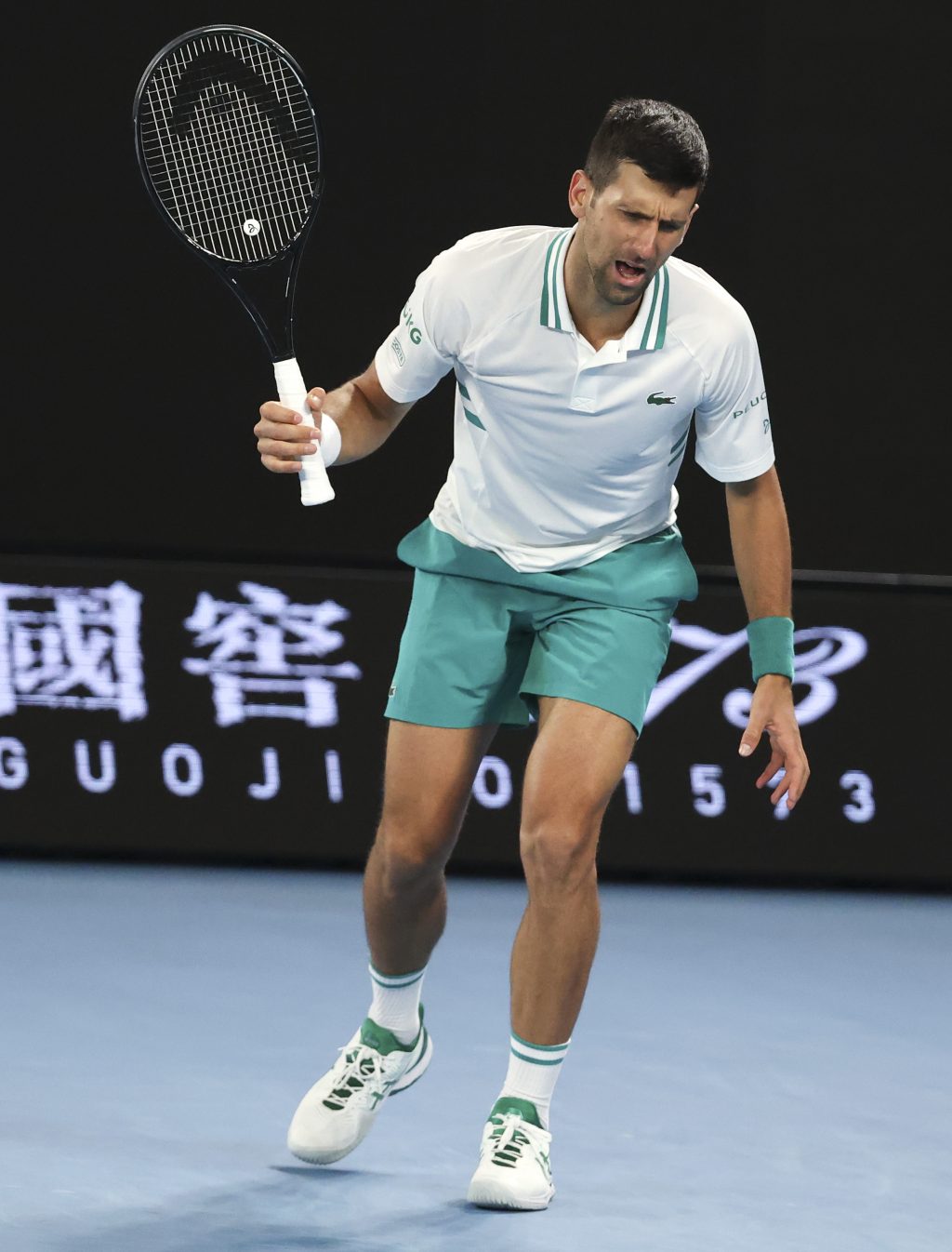 Djokovic’s next match will come on Tuesday against sixth seed Alexander Zverev, who was a more comfortable 6-4, 7-6 (7-5), 6-3 winner over Dusan Lajovic.

The top seed added: “I’m just hoping that it’s going to go in the right direction, that I didn’t damage it, whatever is happening in there, too much and kind of feel even 10 per cent better than I did today. And if that’s the case, I like my chances.”