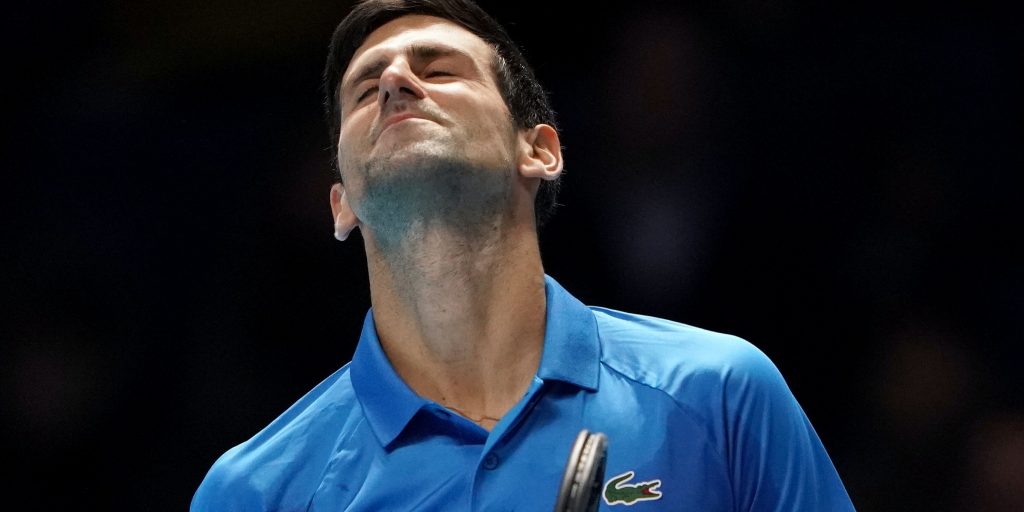 Lorenzo Sonego toasted “the best match in my life” after shocking world number one Novak Djokovic to reach the semi-finals of the Erste Bank Open in Vienna.

Djokovic was comfortably out-played by his unseeded Italian opponent, who sealed a 6-2 6-1 win and will now meet British number one Dan Evans in the last four.

Sonego, 25, who owns a solitary tour win compared Djokovic’s haul of 81, had never beaten or taken a set from a top-10 opponent before. The Serbian, meanwhile, missed out on a chance to guarantee he would finish on top of the end-of-year rankings for a record-equalling sixth time by failing to win the tournament.

“I played the best match in my life. For sure it’s the best victory of my life,” the world number 42 said in an on-court interview carried by the ATP website.

“Novak is the best in the world. Today I played so, so good. It’s unbelievable. It’s amazing.”

Evans was last on court and successfully negotiated a route past Grigor Dimitrov, claiming a 7-6 (3) 4-6 6-3 victory. The 30-year-old has never won a title on the tour but will be looking to go one better after losing two semi-finals earlier this year.

Russia’s Andrey Rublev and South Africa’s Kevin Anderson will compete in the other semi-final.

In the Astana Open at Nur-Sultan in Kazakhstan, third seed Adrian Mannarino leads the way. He won his quarter-final against Mackenzie McDonald 6-1 6-4 and will face Emil Ruusuvuori for a place in the final after the Finn saw off Mikhail Kukushkin 6-3 6-1.

Fourth seed John Millman takes on Frances Tiafoe in the other half of the draw, after the pair both came through tight three-setters.