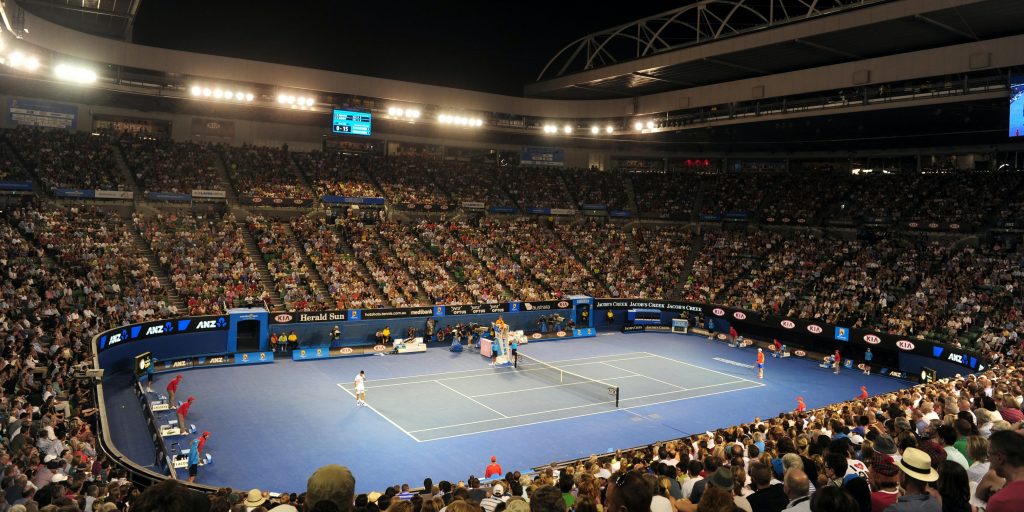 Novak Djokovic urged the Victorian Government to allow players to compete during their quarantine period as the viability of the Australian Open was called into question.

Tennis Australia, the ATP and WTA had been planning on the proviso that most players would look to arrive in the country in mid-December in order to complete a mandatory two-week quarantine prior to competing in warm-up events for the first grand slam of 2021 in the first two weeks of January.

Tournament director Craig Tiley struck an upbeat note earlier this week when he announced that the warm-up events would all be held in Victoria to prevent issues with players travelling between states.

But Victoria Premier Daniel Andrews swiftly responded that it was not “a done deal” and on Tuesday night it was revealed that players are unlikely to be allowed into Australia until the end of December at the earliest.

A two-week quarantine would therefore leave less than a week until the planned start of the Australian Open on January 18.

It had been expected that players would be allowed to train during that fortnight but not compete in tournaments, a stance that Djokovic is hoping will be relaxed.

The reigning champion said: “I’m planning to play Australian Open for sure. I would like to go there and I’m ready to quarantine for two weeks and whatever is necessary for me to be able to play.

“I hope that there is going to be support and understanding from the Victorian and Australian government for the players and for Tennis Australia and that they will allow players to compete in the second week of quarantine.

“Hopefully that’s going to help tremendously with the calendar and everything, and you won’t be then losing a week. You will be able to have at least a tournament or two prior to the Australian Open, which for the majority of the players is important.”

A statement from the organisers read: “Tennis Australia continues to work closely with the Victorian Government on staging the Australian Open.

“The health and safety of the community, the players and all involved in the event, has always been our top priority, and we recognise the incredible effort and the sacrifices all Victorians have made to contain Covid-19.

“We will provide more updates when available.”

This is yours Victoria. Let’s keep going.

Tiley is very popular among the players and, while there is frustration with the situation, they are understanding of both the challenges organisers face and the caution of the Australian government.

World No 7 Alexander Zverev said: “If we can’t even practice for 14 days and then we have to go out and play the Australian Open, it’s a lottery.

“Credit to Tennis Australia and to Craig Tiley, I think they’re trying the best they can. I think the Australian government is being very cautious. If 3,000 people all of a sudden arrive in Australia, there will be cases, there is no about it.”

Australia has adopted some of the strictest measures in the world to combat coronavirus, and South Australia is entering a six-day lockdown after a handful of cases linked to a hotel quarantine site.

Victoria has been the worst-hit state in Australia but has now had 19 days with no new cases and officials are understandably nervous about what the effect might be of letting in hundreds of tennis players and associated personnel from around the world.

“We’re confident that we’ll finish up with an Australian Open, it’s a very important event, but there’s a lot of work to be done to make sure that’s as safe as possible. Whether there are lead-in tournaments, that’s to be worked through.”