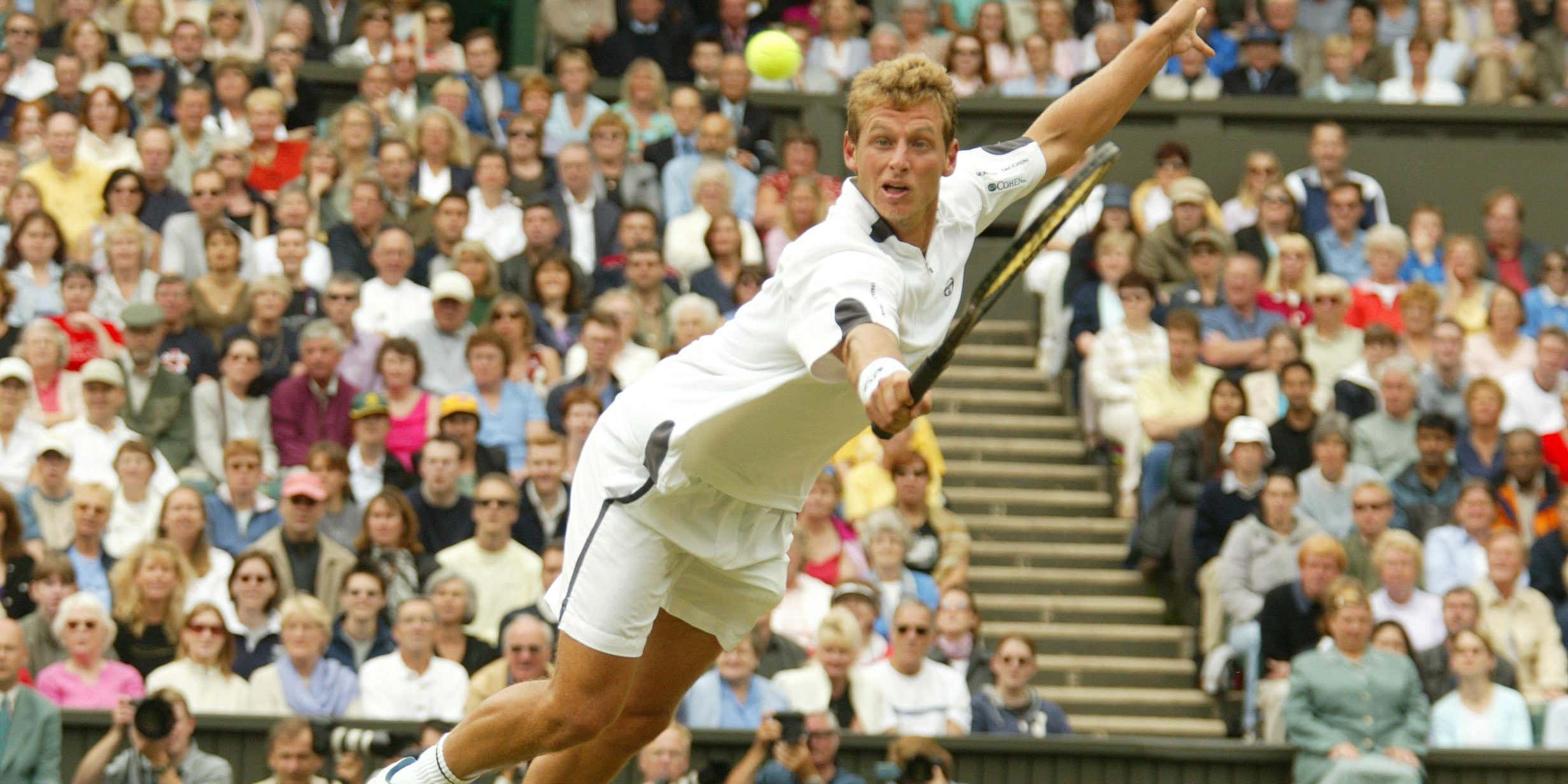 David Nalbandian became the first player in the Open Era to reach the Wimbledon men’s final on his tournament debut on this day in 2002.

The Argentinian had only appeared in the main draw of three Grand Slams before the tournament but was a top-50 ATP player when he embarked on his maiden appearance at the All England Club.

Seeded 28th, Nalbandian dropped only one set during the first week before he came through a close last-16 clash with Wayne Arthurs to reach the quarter-finals.

Five sets were required against Nicolas Lapentti and, on July 6, Xavier Malisse to take Nalbandian to a first appearance in the final of a major but world number one Lleyton Hewitt would prove too strong in the final as he sealed an easy 6-1, 6-3, 6-2 victory to win the title.

It would be a high point of Nalbandian’s career despite plenty of early promise, including beating a certain Roger Federer in the US Open boys’ singles final as a teenager.

The right-hander from Unquillo had his Swiss opponent’s card at the beginning of their rivalry and won the first five matches between the pair, including in the last eight of the 2003 US Open.

Nalbandian reached the semi-final stage of the tournament in New York and at the 2004 edition of Roland Garros, but could not make the pivotal final step.

Injuries started to become more frequent now and Nalbandian went almost two years without a grand slam appearance before he made the third round at the US Open in 2010.

Shoulder surgery, not long after he was disqualified from the final of Queen’s after he kicked a wooden partition in frustration and injured a line judge, eventually brought his career to a premature end in 2013 at the age of 31.

Since retirement, the Argentine has kept the competitive juices flowing by rally racing in his home country and now coaches Serbian tennis player Miomir Kecmanovic.