T365 Recalls: Crowd gets even louder as Wimbledon’s Centre Court roof is used for the first time 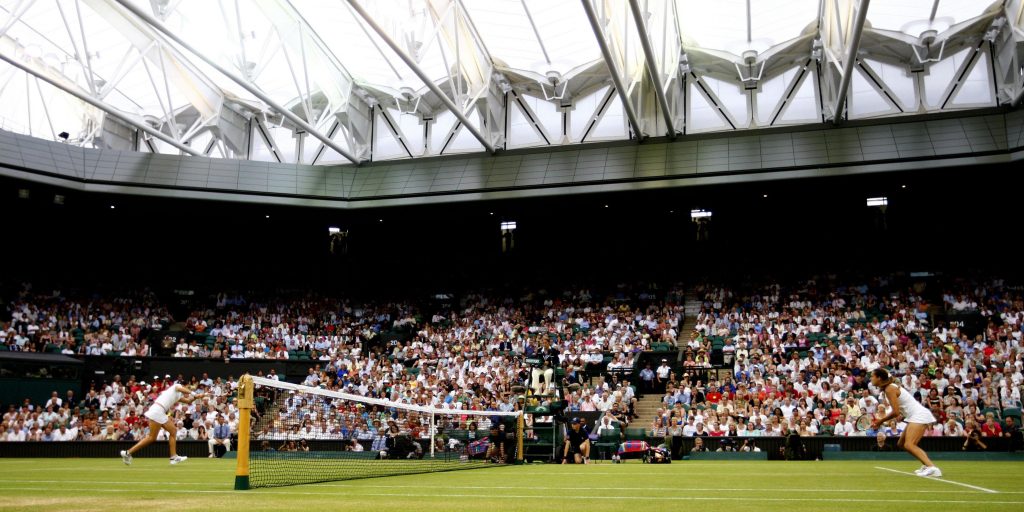 Wimbledon’s Centre Court roof was used in a match at the tournament for the first time on this day in 2009.

Rain stopped play during Dinara Safina’s fourth-round women’s singles clash with Amelie Mauresmo and history was made when a Wimbledon match was completed indoors for the first time in 132 years.

The first serve under the new 3,000-tonne canopy came from 2006 champion Mauresmo at 5.19pm and the first winning shot followed from Safina in the same rally.

After the match, Safina said: “I didn’t have any problems in adjusting and I felt pretty comfortable. I wouldn’t say that the grass was slippy – everything was perfect.

“The crowd gets even louder – you feel them a bit more – so it is very nice to play under the roof. There is not really that much difference otherwise.”

Construction of Wimbledon’s centre court roof began in 2006 and was completed in April 2009. The cost – estimated at between £80-100million – has never been disclosed by the Lawn Tennis Association.

A retractable roof was installed over number one court in time for the 2019 championships at an estimated cost of £71m.