On This Day in 2015: Andy Murray inspires Great Britain to Davis Cup victory 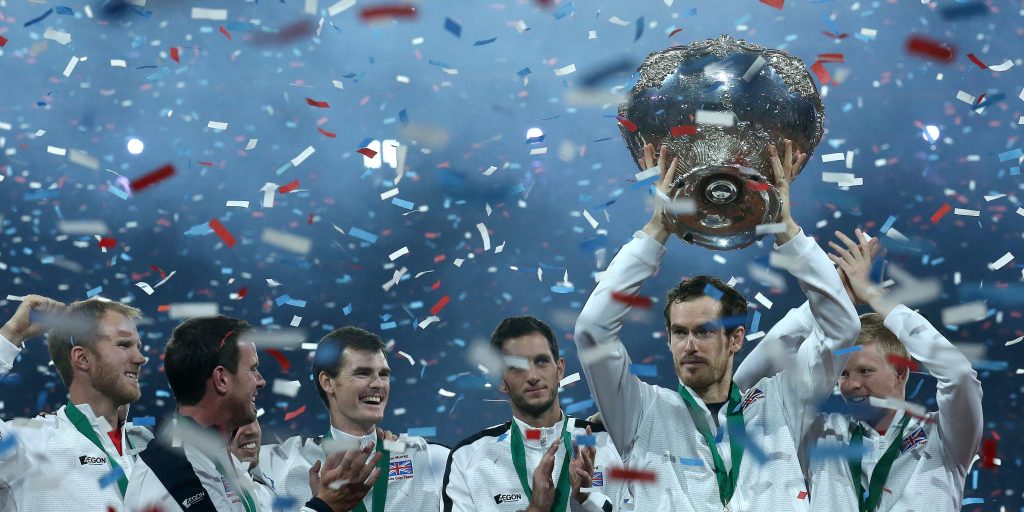 Andy Murray inspired Great Britain to their first Davis Cup victory for 79 years on this day in 2015.

The Scot beat Belgium’s David Goffin to clinch the decisive point in Ghent.

That @Andy_Murray lob like you’ve never experienced it before 🤩#OnThisDay 5 years ago and at this exact second Great Britain won the @DavisCup pic.twitter.com/THlq8QErLM

It was Britain’s 10th team title as captain Leon Smith helped guide the squad from the third tier to victory in five years.

“I just can’t believe we did it,” Murray told the BBC at the time. “I play some of my best tennis when I’m playing for my country.

“We have to enjoy this because we may never get the opportunity again.”

The team of Smith, Murray, his brother Jamie, James Ward, Kyle Edmund and Dominic Inglot took the title with Murray winning three times in the final – including a 6-4, 4-6, 6-3, 6-2 doubles victory over Steve Darcis and Goffin with his sibling.

Great Britain had beaten the USA, France and Australia to reach the final.