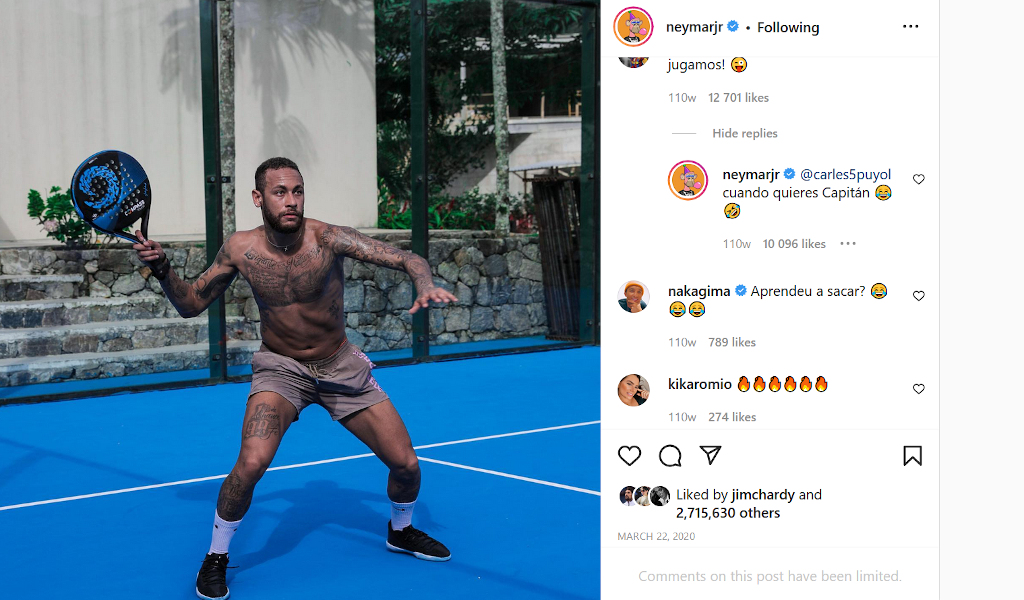 Padel has seen a big boom over the past few years and the who’s who of the sporting world – including football household names like Lionel Messi, Neymar, Zlatan Ibrahimovic, David Beckham and Jurgen Klopp – and tennis greats Rafael Nadal and Novak Djokovic have taken a liking to one of the world’s fastest-growing sports.

The sport of padel is a distant cousin of tennis as it is considered a condensed version of tennis played in perspex box and its roots traces back almost 100 years. However, it was only in the late 1960s when the version that is played today was invented in Mexico.

Padel’s “encaged” court is about 25% smaller than a normal tennis court and matches feature two sets of doubles players. It is a fast-paced sport that produces plenty of underarm serves and tricky volleys while players can also use the walls, much like in squash.

Like tennis, a team will win a set when it reaches six games and there are at least two games difference. If there is not a two-game difference, it is decided by a tie-break while matches are best of three sets.

Needless to say, padel sets the pulses racing and several famous sporting stars have decided to pick up a padel racket in recent years.

Football icon Lionel Messi has taken to padel and he enjoyed it so much that he built a padel court in his backyard at his home in Barcelona, Spain.

Before his move to PSG, the Barcelona great told Argentina’s Diario Olé: “I like padel and I watch tennis. I play quite often with [advisor] Pepe Costa, I run, and he shows his quality. We don´t play a lot either because we have a match every three days, but I like it, Messi.”

PSG forward Neymar is such a big fan that he built two padel courts at his villa in Brazil.

Back in 2020 he posted a picture on Instagram of himself playing padel and his former Barcelona captain Carles Puyol challenged him to a game and the reply was: “When you want captain.”

Spanish World Cup winner Puyol is also not be messed with when it comes to playing padel as the Barcelona icon often attends padel tournaments in Spain.

He also posted a bloodied picture of himself on Instagram in 2019 after he went through a glass wall during a match.

Manchester United icon and former England captain David Beckham is now the face of Premier Padel, the new Qatari league and was at the launch event in April this year.

“It’s a sport that I got hooked on very suddenly. I train and have fun at the same time, and doing it in a place like this is fantastic,” the former Real Madrid player, and current president and co-owner of Inter Miami CF said.

“You can play at any level, whether you’re a child or an adult. It’s growing a lot, even within the clubs I already know many friends and former teammates who are hooked and that’s incredible.”

Current AC Milan forward Zlatan Ibrahimovic has gone a step further than just building padel courts in his own backyard as the Sweden great is the owner of Padel Zenter, “Best Padel Tennis facilities in the world”, in Uppsala, Sweden.

Since padel is a distant cousin of tennis, it is not a surprise that 21-time Grand Slam champion Nadal is also fan. His Rafa Nadal Academy in Manacor has seven fully equipped outdoor and six indoor padel courts and they also offer weekly Padel Camps to help improve your game.

Back in 2021 Nadal was asked if he would like to take up golf or padel once he retires from tennis and replied: “I don’t know what the future will be like.

“I will continue with my tennis career. I like sport in general. I play golf. I think I’ll grab a padel racket, why not? I am sure that in the future I will have more time to enjoy other sports.

“Padel is growing and I think it will be fun because it’s easier to play.”

The current ATP world No 1 gave padel ago back in 2017 and wrote on Instagram: “I love tennis in every form and shape 🙂 Just look at us padel brothers enjoying ourselves 👍🏼🎾”

There are plenty of clips floating around of Djokovic playing padel at home, while on tour in Sweden, but here is a compilation of various tennis stars playing padel.

Liverpool manager Klopp often plays padel with his coaching staff at the club’s training complex and his assistant Pep Lijnders revealed in 2020 that they had started playing in 2016 as a way to “relax”.

“The game has been a nice distraction from our daily routine. And yet, sometimes we come up with the best ideas to solve issues during these games,” he told the Daily Mirror.

“We sit down on a bench in between two sets and we discuss solutions for football problems. In fact, we do that a lot. When you are constantly playing matches or doing top-level training sessions every day, there is no time to wind down.

“So these games are the perfect moments to relax.”