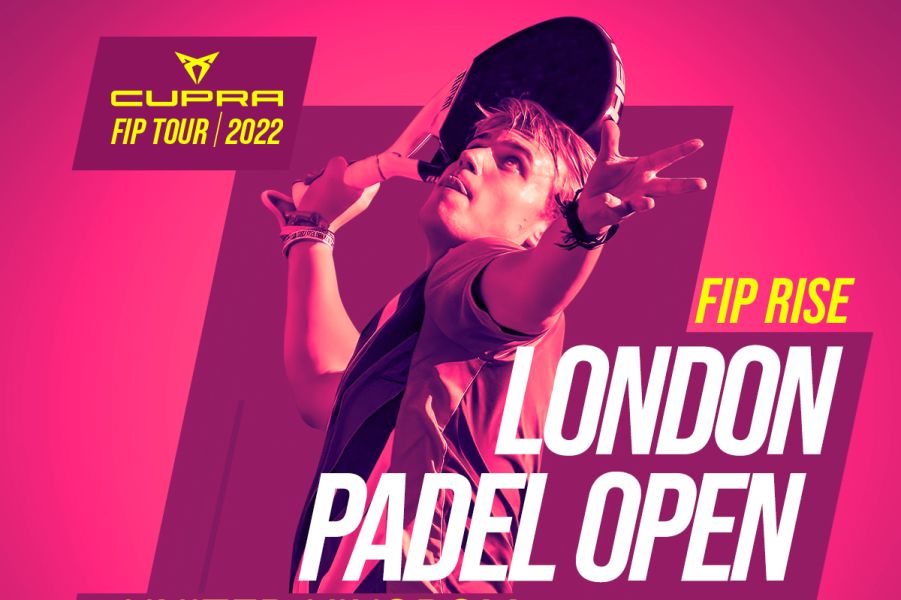 The LTA’s National Tennis Centre is set to host the first professional padel event in Great Britain, with the London Padel Open getting underway between August 4-7.

Padel has been described as a cross between tennis and squash, played on a court that allows players to hit the ball after it bounces back off the wall. Interest in the sport in Britain has boomed since it was integrated into the day-to-day operations at the LTA in 2019 and there are now 89,000 active padel players and 200 courts across the country.

In the women’s draw, British No.1 Tia Norton is in the line-up alongside Spain’s Carla Fito Fernández. The pair lead the field at the moment with 46 ranking points, thanks to a few pre-qualifying results in Denmark and Marbella. Norton, 18, made history last year by becoming the first British woman to compete in and win a World Padel Tour match at the Malaga Open.

The other British star coming into this event with World Padel Tour ranking points is Hansie Ruddick, who will play with Ivet Val Lopez. Both Ruddick and Norton were part of the British team to feature at last year’s World Padel Championships.

Tennis fans will be interested to watch British No.1 Laura Robson in action as she makes her cameo appearance in a padel event, teaming up with Sian Bayliss – who also played professional tennis. Abigail Tordoff who also played singles at Wimbledon will be taking part.

Heading up the British challenge in the men’s draw is Christian Medina Murphy and his Spanish partner Javier Navarro Perez. The pair look set to come in as the 7th seeds, with a combined 197 ranking points this season. Earlier this year, Murphy became part of the first British team to win a Tour match at the FIP €525,000 Italy Major, with Sam Jones.

All-British duo Jones and Louie Harris will look to make their mark on the London Padel Open as two of the nation’s rising stars in the game. Jones and Harris have created a formidable partnership of their own this season – having finished runners-up at the LTA National Padel Tour event in Stratford.

Looking to make his return at the London Padel Open is Richard Brooks – who is set to play in his first Tour event since September 2021. One of Britain’s most experienced padel stars, Brooks will look to mark his comeback with some strong results as he teams up with Alejandro Tasa Van Beek.

The London Padel Open will also welcome several of the biggest stars from across the world – including world No.77 Ignacio Vilariño Gestoso and his partner Jabor Al-Mutawa. Vilariño has competed in the main draw at two World Padel Tour Master events this year and has racked up a total of 22 wins in 2022 alone.

Elsewhere, Spanish Ricardo Martinez Sanchez teams up with the Frenchman Jeremy Scatena as the second seeds, while world No.76 Carlos Jimenez Casas from Spain joins up with Bastien Blanque after having reached the semi-finals at the Tau Cerámica Getafe Challenger back in April.

Tom Murray, Head of Padel at the LTA, said: “We are delighted to welcome some of the world’s best padel players for the London Padel Open. The National Tennis Centre is ready for the first professional padel tournament ever staged in the UK and this is a huge opportunity to support our players on our pathway and promote the sport moving forward. We have big plans for the rest of this year, with the European group qualifying matches for FIP 2022 World Championships being hosted in partnership with We Are Padel Derby at the end of September. Then the LTA will be looking to push the sport to the next level in the UK in 2023.”

Live coverage of the London Padel Open will be available across the LTA website, our YouTube and TikTok channels. Matches will also be broadcast live on the FIP’s digital channels.