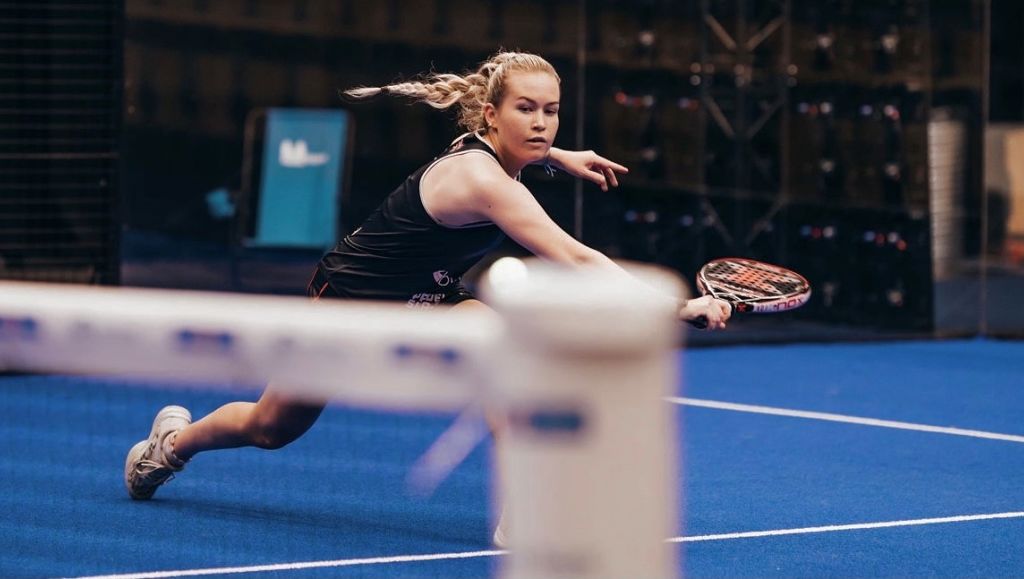 It is a sport gathering momentum at a rapid pace in the UK and now one of its leading lights is calling for the younger generation to join the padel revolution.

Some of the biggest names in world sport are embracing padel and there is huge momentum behind a sport that has been described as a cross between tennis and squash, played on a court surrounded by a heavy-duty glass that allows players to hit the ball after it bounces back off the wall.

Liverpool manager Jurgen Klopp is a huge fan of the sport and even has his own range of padel rackets, with former Chelsea captain John Terry and Swedish soccer superstar Zlatan Ibrahimovic also regular players, with that star backing adding to the drive to install new padel courts around the globe.

British teenager Tia Norton is a shining star of padel in the UK and she sat down with Tennis365 for an exclusive interview in her role as a Game4Padel ambassador, she outlined her vision to expand the sport to a youthful base.

“The UK has huge potential to be a massive marketplace for padel and one of the main things I would like to achieve is to get a lot more younger people into the sport,” Norton told Tennis365.

“Over the last few years, we haven’t had a junior team to represent Great Britain and I just think there is such huge potential for that.

“Lot of other countries have junior camps and that is certainly an area we can improve on. If I can help to promote the sport in any way, I’d love to do that.

“Padel courts are being installed in tennis clubs and that is allowing people who play tennis to transition and play both sports, but I would like to see young players starting in the sport earlier as that will allow them to develop their skills and reach the top of the game.

“I saw some of the world’s top padel players down in Spain recently and their level was incredible, but they have been playing all their lives and grown up on padel courts.

“If we can get kids into the sport, they will keep playing and pass down the sport to the generations to come.”

Notton has ambitions to be Britain’s breakout tennis star on the world stage, with her decision to step away from a possible career in tennis evidence of her love for the sport.

“I originally came from a tennis background,” she continues. “I was one of my old tennis coaches who invited me to a club in Birmingham to try padel for the first time.

“A few weeks later, they were holding GB junior trials for the Mexico world championships and I managed to get selected for the under-14 team.

“I managed to get to the quarter-finals after only playing for a few weeks and I needed to make a decision whether to continue in padel or tennis. Then I decided to stop tennis and fully train in padel.”

What comes next for padel is exciting on so many levels, with Qatari investment in a new world tour creating huge excitement in the sport and awareness of the game expanding rapidly in recent years.

“When I was 12, I would speak with people and say I’m going to the world championships for padel tennis and they would say is that like ping-pong? People just didn’t know what it was all about,” she added.

“Now people are getting a better understanding of what the sport is because it has been brought into the tennis world and Game4Padel have done huge promotion for the sport and hopefully that will get big influence.

“I got approached to be a part of Game4Padel last year and I wanted to go along with them in creating a bigger market for the sport in the UK. They have big things planned in padel.

“Once people get a better understanding of the game and see it on TV, that will really help. There is a real drive behind the sport now and it feels like the momentum is with us, so I’m excited to see where padel will be in five years’ time.”

We are delighted to announce that top ranked British padel player, Tia Norton , has today joined former world number one tennis player, @andy_murray and former British number ones @Annabel_Croft and @AndrewCastle63 , as an ambassador for Game4Padel. https://t.co/tH1kx0h3q2 pic.twitter.com/91VzAJshwU