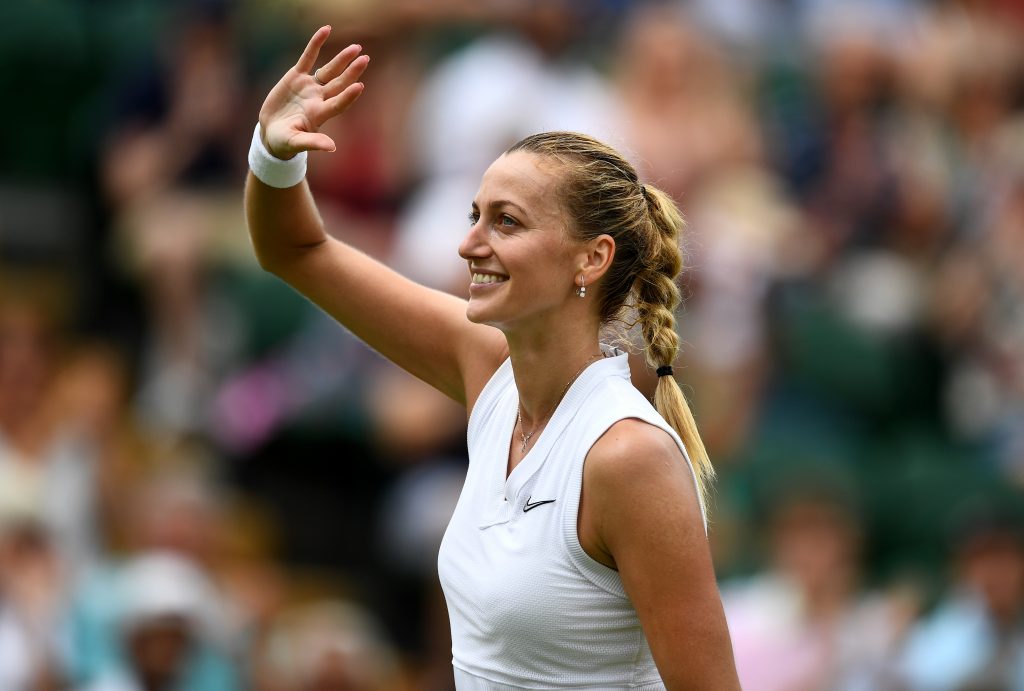 Petra Kvitova clinched the Eastbourne singles title for the first time with a dominant straight-sets victory over defending champion Jelena Ostapenko at the Rothesay International.

Two-time Wimbledon winner Kvitova, who lost the 2011 final to Marion Bartoli, controlled a one-sided encounter from the outset en route to triumphing 6-3 6-2 in just an hour and 17 minutes.

Eighth seed Ostapenko had previously not dropped a set all week at Devonshire Park but struggled to deal with the Czech’s booming serve and blistering forehand during an error-strewn display.

“I had already experienced losing in a final (in 2011), so I guess I am lucky” 32-year-old Kvitova said on court following her win. “It was a tough match.

“Playing on the grass is very special for me, especially when you step onto a beautiful court such as here.

“It’s really nice to play in front of the people again; in Corona it was a really tough time, it’s such a better feeling.”

Victory for 14th seed Kvitova brought a 29th career singles title and a big confidence boost ahead of a first-round Wimbledon meeting with Italian Jasmine Paolini.

The last player to win at Eastbourne and go on to triumph at the All England Club in the same year was the late Czech player Jana Novotna in 1998.

Asked about her compatriot, who died at the age of 49 in 2017, Kvitova said: “It’s always nice to think about Jana, of course.

“She had so many great matches, not only here but in Wimbledon as well.

“I’m glad that we are able to play such a great event as here. It’s the best preparation for Wimbledon.”

Former world number two Kvitova swiftly bounced back from finishing runner-up here to Bartoli 11 years ago by claiming the first of her two Wimbledon titles.

The powerful left-hander never looked in any danger of further disappointment in East Sussex as she raced out of the blocks to establish a 3-0 lead against the off-colour Ostapenko.

She secured break-point opportunities in each of the Latvian’s first-set service games and was not severely tested until the fourth game of the second when she resiliently saved five break points to maintain her stranglehold on the match.

Ostapenko, who is scheduled to be play in the women’s doubles final alongside Ukrainian partner Lyudmyla Kichenok later on Saturday, was pleased with her overall performance on the south coast.

“She played really well, so congrats,” the 2017 French Open champion, who has been drawn to play France’s Oceane Dodin at Wimbledon, said of Kvitova.

“Of course for me it was not the result I wanted, but in general I have to take the positive out of this week because I think I played some great tennis, even though today didn’t go my way.

“I always love to come here and hopefully next week I will also play well.”