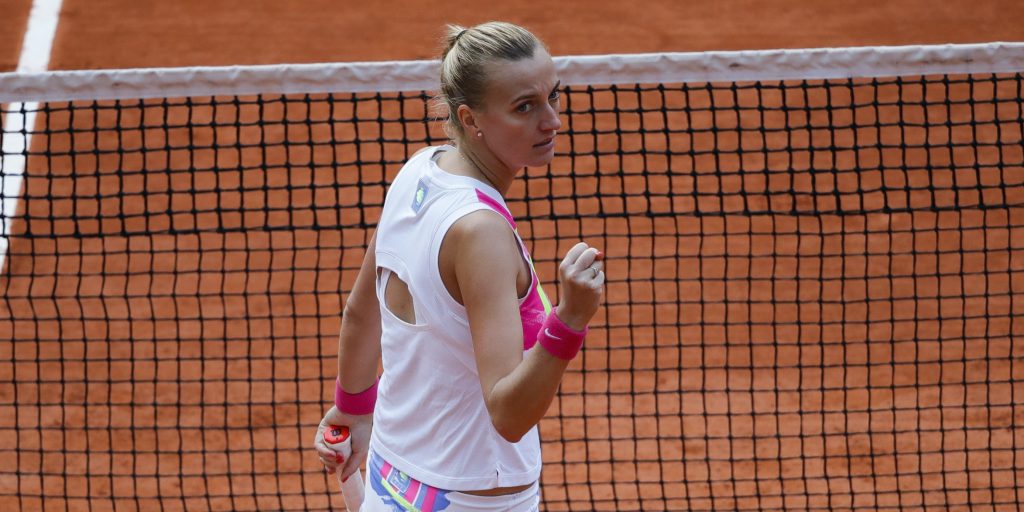 Petra Kvitova is closing in on an emotional maiden French Open triumph after reaching her first Roland Garros semi-final in eight years.

The two-time Wimbledon champion swept aside unseeded Laura Siegemund 6-3, 6-3 in an hour and 20 minutes.

Kvitova, 30, is keeping her head while all around are losing theirs in a tournament which has seen seed after seed fall by the wayside.

Back at the scene of her comeback, three years ago, from the horrific knife attack which left her fighting for her career, Kvitova is now two wins from a first grand slam title since 2014.

Savour the moment.@Petra_Kvitova back in the semi-finals in Paris, defeating Siegemund 6-3 6-3.#RolandGarros pic.twitter.com/mYdRz43tJC

Kvitova was almost in complete control against the world number 66, who did not help herself by questioning a time violation – a decision she branded ‘b******t’ – on her way to dropping serve in the second set.

Siegemund hauled herself level but Kvitova, seeded seven, broke again and victory was sealed with a double fault from the German.

Kvitova said: “It means a lot to me. In my last match I got a bit emotional and now, being in a semi-final, I really couldn’t imagine it after everything.

“Right now this is my lucky place. I’m so happy I am still able to play and compete with the best.”