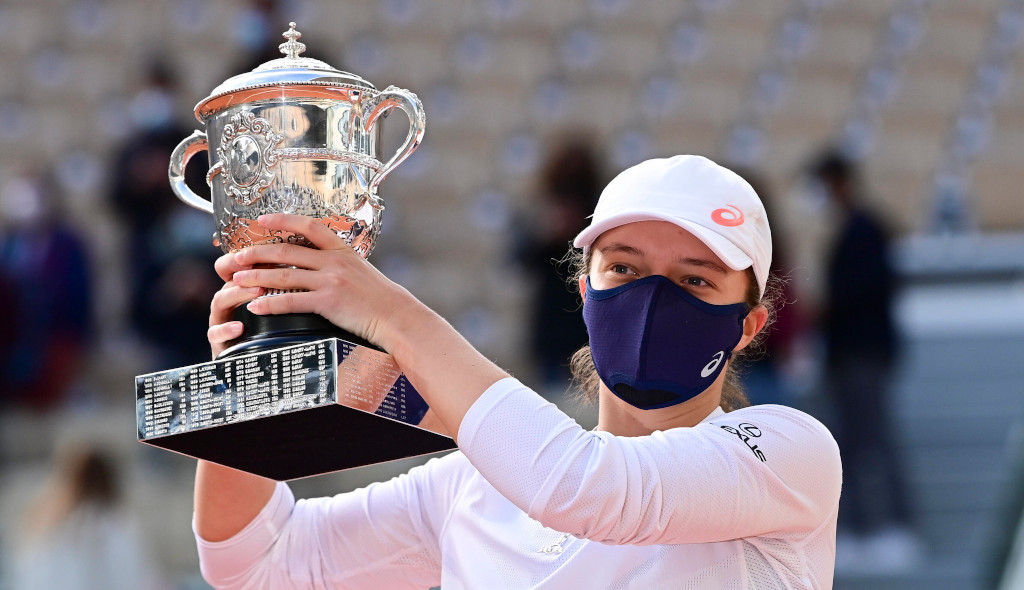 She came, she saw, she conquered! Teenager Iga Swiatek has become tennis’ latest Grand Slam winner after she produced a classy, mature display to beat Sofia Kenin in the French Open final.

The 19-year-old, playing in the main draw of a major for only the sixth time in her career, brushed aside Australian Open champion Kenin 6-4, 6-1 on Court Philippe-Chatrier to win the Coupe Suzanne Lenglen at the first time of asking.

And she did so without dropping a set during the tournament, becoming Poland’s first-ever Grand Slam singles champion in the process.

Swiatek started like a house on fire as she broke the Kenin serve in the second game and went 3-0 up after holding. However, the American fought back and managed to break back in game five and eventually drew level in the next game.

Both players produced some crafty tennis and the set ended with a flurry of breaks, but it was the Pole who always had her nose in front and the third break in game 10 gave her the set in 48 minutes.

But the momentum appeared to swing Kenin’s way in the first game of the second set as the 21-year-old broke immediately, but her joy didn’t last long as that was the last game she won in the match.

Swiatek broke back immediately and then held serve before Kenin took a medical timeout.

The Pole, though, was not thrown off track by the break in play as she won five games in a row to secure the victory in just under one hour and 30 minutes.

It was a ruthless display from the Pole as she hit 25 winners with just 17 unforced errors.