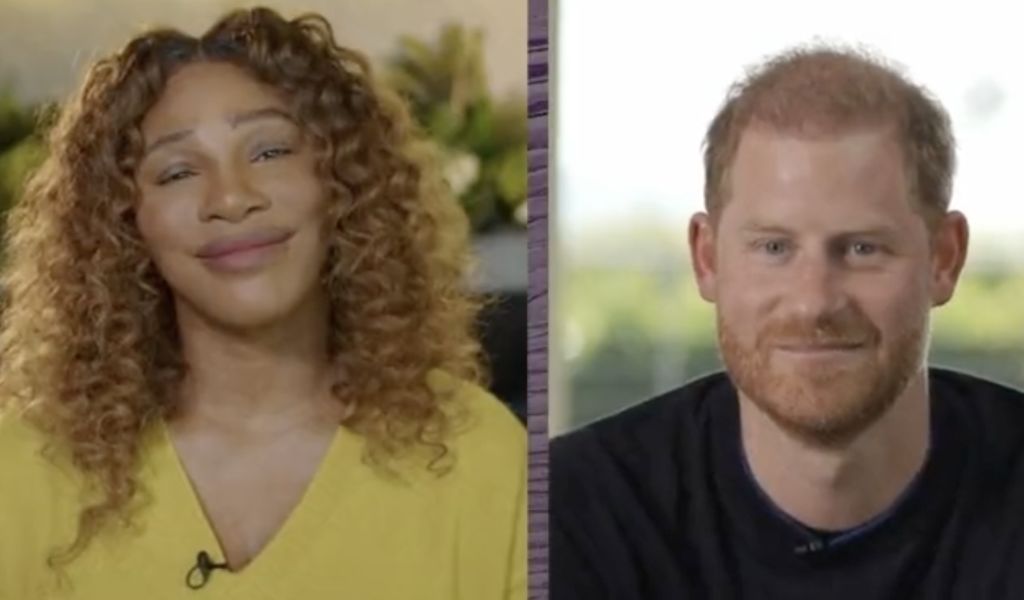 Tennis legend Serena Williams joined British royalty on a podcast that revealed a lot about two of the most recognisable people on the planet.

Williams and Harry have developed a close relationship in recent years, with the tennis star attending his wedding to her friend Meghan Markle in the summer of 2018.

Now Harry has opened up about his mental health battle, as he admitted his decision to walk away from the Royal Family and relocate to America became a necessity.

Harry suggested he was ‘literally getting to the very end of everything that I had, any fuel or any steam in the engine just like I was burning the candle at both ends’.

“It was like boom, that is when you are forced to look inside yourself, because with everything else around you feel as though it’s working against you, the only way that you could really combat it,” he said.

Speaking about mental health, Prince Harry explained to those watching the online broadcast: “It has to start from yourself, this idea you can find mental fitness from other people.

“As a team you can encourage each other, but it starts at home and it starts internally. The effect that has for yourself and the people around you to say, you know what, everyone is going to have today to focus on themselves.

“As I said at the beginning, everyone has such busy days, if you have 15 minutes of white space…I allow half an hour or 45 minutes in the morning when one kid has gone to school and the other is having a nap, there’s a break in our program.

"It's work, but out of all the work we do… it is the most fulfilling," Harry said. "Apart from being a dad!" pic.twitter.com/xnKLXg7Hbl

“It’s like, right, it’s either a workout, take the dog for a walk, get out in nature, maybe meditate.

“As someone starting up a business, as a husband, as a dad – you just don’t have the time to do that.

“Mental fitness is the pinnacle, it’s what you’re aiming for. The road towards that can be really bumpy… it’s called inner ‘work’ for a reason.”

Harry comments were greeted with negativity in sections of the English media, where his decision to walk away from his royal duties and take legal action against media outlets has inspired a poisonous relationship with the former royal and his wife Meghan.

Williams is still hoping to make another tennis comeback in 2022, as she looks to win a record -equally 24th Grand Slam title at the age of 40.