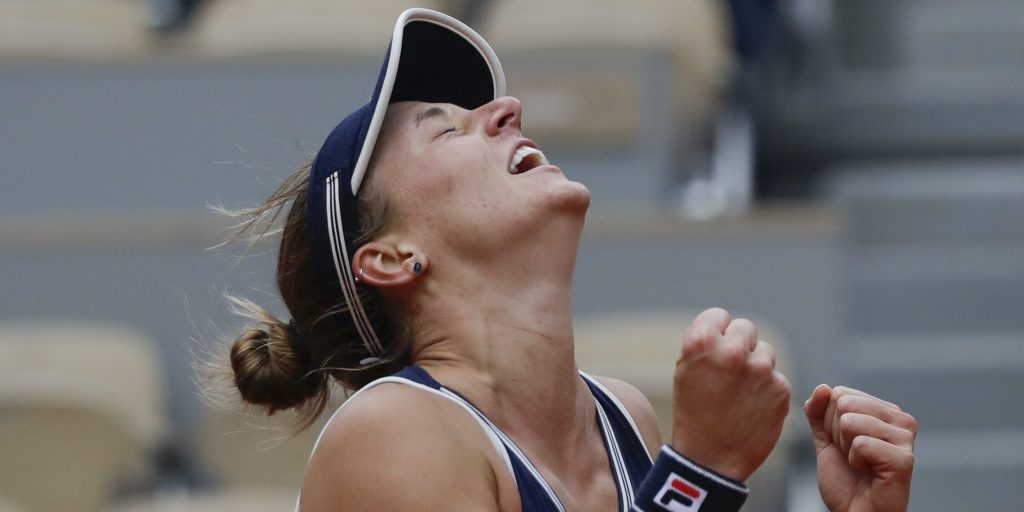 Qualifier Nadia Podoroska admitted she was in dreamland after making French Open history with a shock victory over third seed Elina Svitolina.

The 23-year-old from Argentina, playing at Roland Garros for the first time, became the first qualifier to reach the women’s singles semi-finals.

It has been a tournament full of upsets, but Podoroska pulled off the biggest of the lot, stunning the Ukrainian 6-2, 6-4.

Podoroska’s run in Paris – eight matches and counting including qualifying – is all the more remarkable given that she had never previously won a grand slam match, and has never even claimed back-to-back wins on the WTA Tour.

Moreover, the world number 131 had never played a top-20 player before, let alone beaten one.

But Podoroska looked right at home on her first appearance on Court Philippe Chatrier as she pulled off the biggest surprise of the fortnight with a 6-2, 6-4 win.

“I don’t want to wake up,” she said afterwards.

“For me it’s very special because in all South America we don’t have too many tournaments. It’s very complicated for all the South American girls playing tennis.

“For me, I think it’s good that I’m having these results. Maybe it’s going to help for all the young girls.”

Argentina’s former world number three Gabriela Sabatini tweeted her congratulations to Podoroska, who added: “I have been in contact with Gaby.

“She’s always supporting us, all the Argentinian sports. She’s a very nice person. I’m happy that she’s always with us.”

Svitolina finally held serve at the start of the second and then forged a break ahead, but Podoroska immediately wiped that out with a stunning drop shot.

Break after break followed until Podoroska held for 5-4 and then converted a third match point with a forehand winner before hurling her racket in the air in jubilation.

Svitolina said: “It was a tough match for me. Lots of things were not going my way. But to be fair she really played a great match.”

In a delayed fourth-round match, Danielle Collins set up an all-American quarter-final with Sofia Kenin after a 6-4, 4-6 6-4 victory over 30th seed Ons Jabeur.