Tributes to Emma Raducanu after her US Open glory: From the Queen to the Duke and Duchess of Cambridge 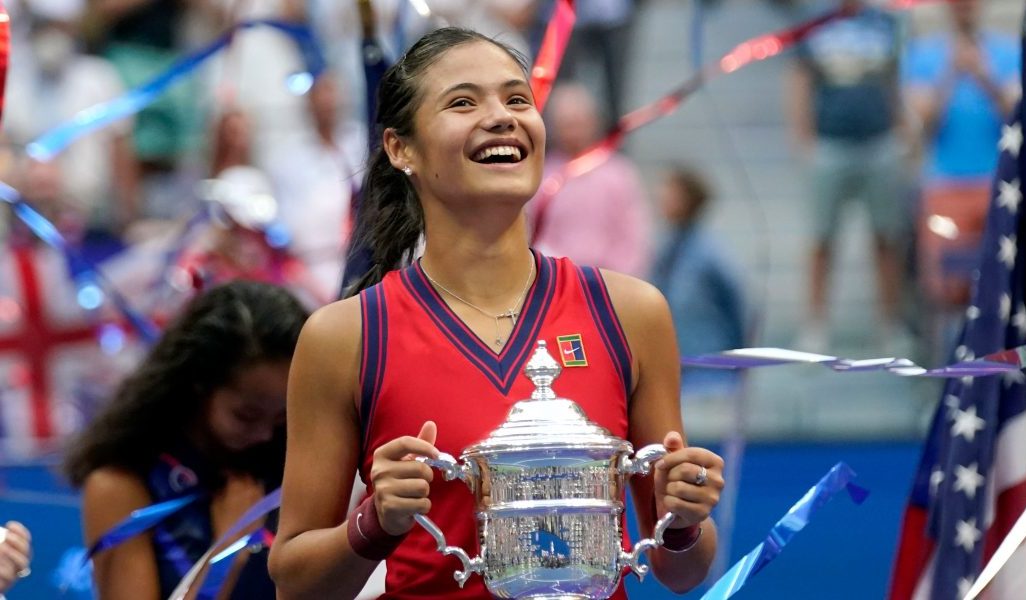 The Queen sent new US Open champion Emma Raducanu a message of congratulations and hailed her “remarkable achievement” after she become Great Britain’s first female Grand Slam winner in 44 years.

A 6-4, 6-3 win over Leylah Fernandez ensured the 18-year-old followed in the footsteps of Virginia Wade, who lifted the Wimbledon trophy in 1977, and she has been backed to win more majors by compatriots Tim Henman and Greg Rusedski.

Raducanu become the first qualifier to ever win a Grand Slam and was victorious in all 20 sets she played in qualifying and the main draw at Flushing Meadows.

“I send my congratulations to you on your success in winning the United States Open Tennis Championships,” a message from The Queen to the teenager read.

“I have no doubt your outstanding performance, and that of your opponent Leylah Fernandez, will inspire the next generation of tennis players. I send my warmest good wishes to you and your many supporters.”

Henman, who reached the semi-finals of the US Open in 2004, had been a constant source of support for Raducanu courtside in New York and believes more titles will follow this debut win.

“What she has achieved, second grand slam and the way she has gone about it, she will win more of these, she is that good,” he told Amazon Prime.

“This is not some flash in the pan or fairy tale. She is playing top five tennis. Her world will be turned upside down but she has good people around her and it will be a hell of a ride if she can stay injury free.”

Rusedski was a runner-up at Flushing Meadows in 1997 and, like his fellow Amazon Prime pundit, is sure this is only the start for the player from Kent.

“The future is so bright. She is going to be a multi-grand slam winner, a world number one. She is the real deal and it is a breath of fresh air having an 18-year-old win the event.”

Britain’s Billie Jean King Cup captain Anne Keothavong described Raducanu’s victory as one of the greatest sporting achievements ever after she spent 16 months away from the tour until June while she focused on her A-levels.

“It still feels so surreal – that was just an incredible performance from Emma, and from Leylah,” she told Amazon Prime.

“A really high-quality tennis match from two teenagers, but honestly I never thought I would see a British female lift a grand slam trophy in my lifetime. I can’t put it into words how huge this is.

“This is perhaps one of the greatest sporting achievements ever. I am so happy for her and the way she has done it, to not drop a set in the whole tournament, it is not normal and is unheard of.”

Raducanu reached the fourth round at Wimbledon in only her second WTA tournament but stepped up her level in New York.

Keothavong added: “She has shown us all she is made for the big stage. It is just an unbelievable achievement and her life will be very different from now onwards.

“She has the ability to be right up there at the top of the women’s game and dominate. Really, the future is looking more than bright.”

Former Wimbledon junior winner Laura Robson hailed the mentality of the 18-year-old, who will rise to world number 23 in the world having been outside the top-300 before her appearance at the All England Club earlier in the summer.

“What a performance Emma Raducanu, so clutch under pressure. She is just a phenomenal talent,” she told BBC Radio 5 Live.

“To deliver that sort of performance today is another level. She is just the full package. Her movement is fantastic, her shots are incredible, the pace and the way she takes it on the rise but for me mentally today she was outstanding.”

Prime Minister Boris Johnson paid tribute to Toronto-born Raducanu, he wrote on Twitter: “What a sensational match! Huge congratulations to @EmmaRaducanu. You showed extraordinary skill, poise and guts and we are all hugely proud of you.”

Huge congratulations @EmmaRaducanu on your stunning performances and historic Grand Slam victory! Incredible –we are all so proud of you. @LeylahFernandez well done on your amazing achievements at this year’s #USOpen, it’s been a pleasure to watch. C

— The Duke and Duchess of Cambridge (@KensingtonRoyal) September 11, 2021

The Duke and Duchess of Cambridge also hailed the achievements of the teenager, who moved to England with her Romanian father and Chinese mother at the age of two.

“Huge congratulations @EmmaRaducanu on your stunning performances and historic Grand Slam victory!” the Duke and Duchess of Cambridge wrote on Twitter.

“Incredible – we are all so proud of you. @LeylahFernandez well done on your amazing achievements at this year’s #USOpen , it’s been a pleasure to watch. C” they added, signing the tweet with an initial from the duchess.