‘Mentally it is tough’ to play ATP Finals without fans at O2 Arena, says Dominic Thiem 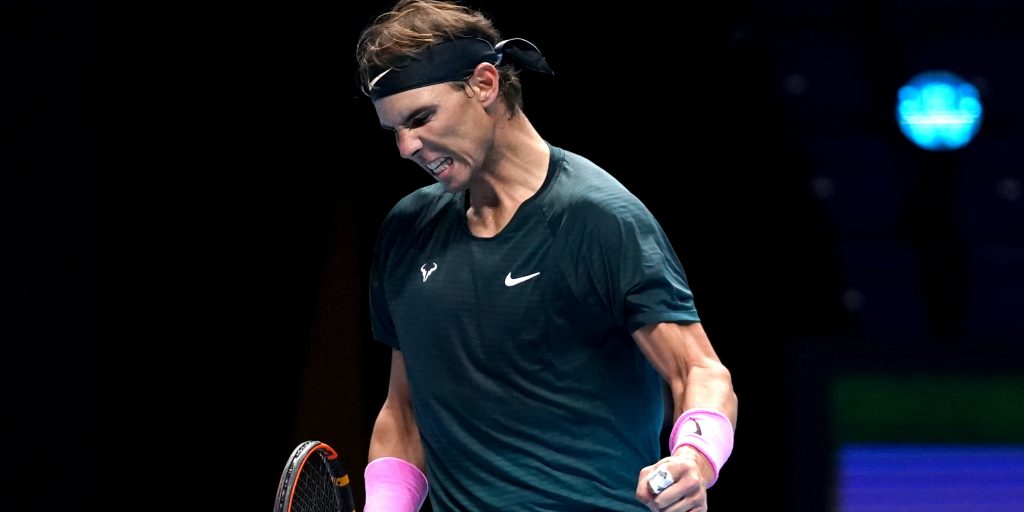 Rafael Nadal eased to victory over Andrey Rublev and Dominic Thiem turned the tables on Stefanos Tsitsipas as the Nitto ATP Finals began at an empty O2 Arena.

London is bidding farewell to the season-ending showpiece after 12 years before it moves to Turin but coronavirus restrictions have denied it the fanfare it deserved.

Close to three million people have attended the tournament since 2009 but sadly that tally will not be added to and silence greeted Thiem’s entertaining 7-6 (7-5), 4-6, 6-3 success against reigning champion Tstisipas and Nadal’s straightforward 6-3, 6-4 win over Russian debutant Rublev.

US Open champion Thiem’s clash with Tsitsipas was a rematch of last year’s final, which the Greek won on a deciding tie-break to claim the biggest title of his career in front of a packed arena.

Thiem notably became more demonstrative in the third set, and he said: “Mentally it is tough because you get so much energy from the fans. If you have a huge win like today and you get the atmosphere from 17,000 people, it brings so much positive energy.

“All of this is missing and you have to bring it up yourself during the match. All the time you have to push yourself. That’s exhausting.”

The players, who usually stay in central London and travel to The O2 by boat, are not even allowed to walk the short distance from their hotel to the venue.

Thiem said: “It’s pretty rough because during the whole day we get maybe two, three minutes of fresh air and no sun at all. But still it’s great that the event is going on.”

Tsitsipas saved three break points during the opening set but was unable to take advantage of a 5-3 lead in the tie-break, fluffing his lines badly on the final point when he failed to put the ball away.

The Greek could scarcely believe it, saying: “That was the silliest thing that ever happened to me. I had the ball over the net and I decided to play a forehand instead of a smash. I don’t know what kind of decision was that but it wasn’t mature enough.”

Tsitsipas responded well to win the second set but Thiem upped his level and intensity in the decider and served out a valuable victory that sets up an intriguing clash with Nadal on Tuesday.

The Spaniard has qualified for the season-ending event for a record 16 years in a row, although he has missed it six times through injury, but has yet to lift the trophy.

Indoor hard courts have been by far Nadal’s weakest surface but he was sharp throughout against a nervous Rublev, who has won more titles and matches than any other player this season.

The serve in particular was a big difference between the two, with Rublev not creating a single break point and becoming increasingly frustrated as the match wore on.

Nadal said: “Of course it’s a positive start but I have to play against Dominic and then Stefanos, two of the toughest opponents that you can face.

“It’s important to start well for the confidence because winning in straight sets helps. And of course the serve tonight has been very important. I didn’t suffer much and that helps to play more relaxed on the returns.”

Britain’s Joe Salisbury only came out of two weeks of self-isolation on Friday after his coach tested positive for coronavirus but he and American partner Rajeev Ram made a winning start to their doubles campaign with a 7-5 3-6 10-5 victory over Lukasz Kubot and Marcelo Melo.