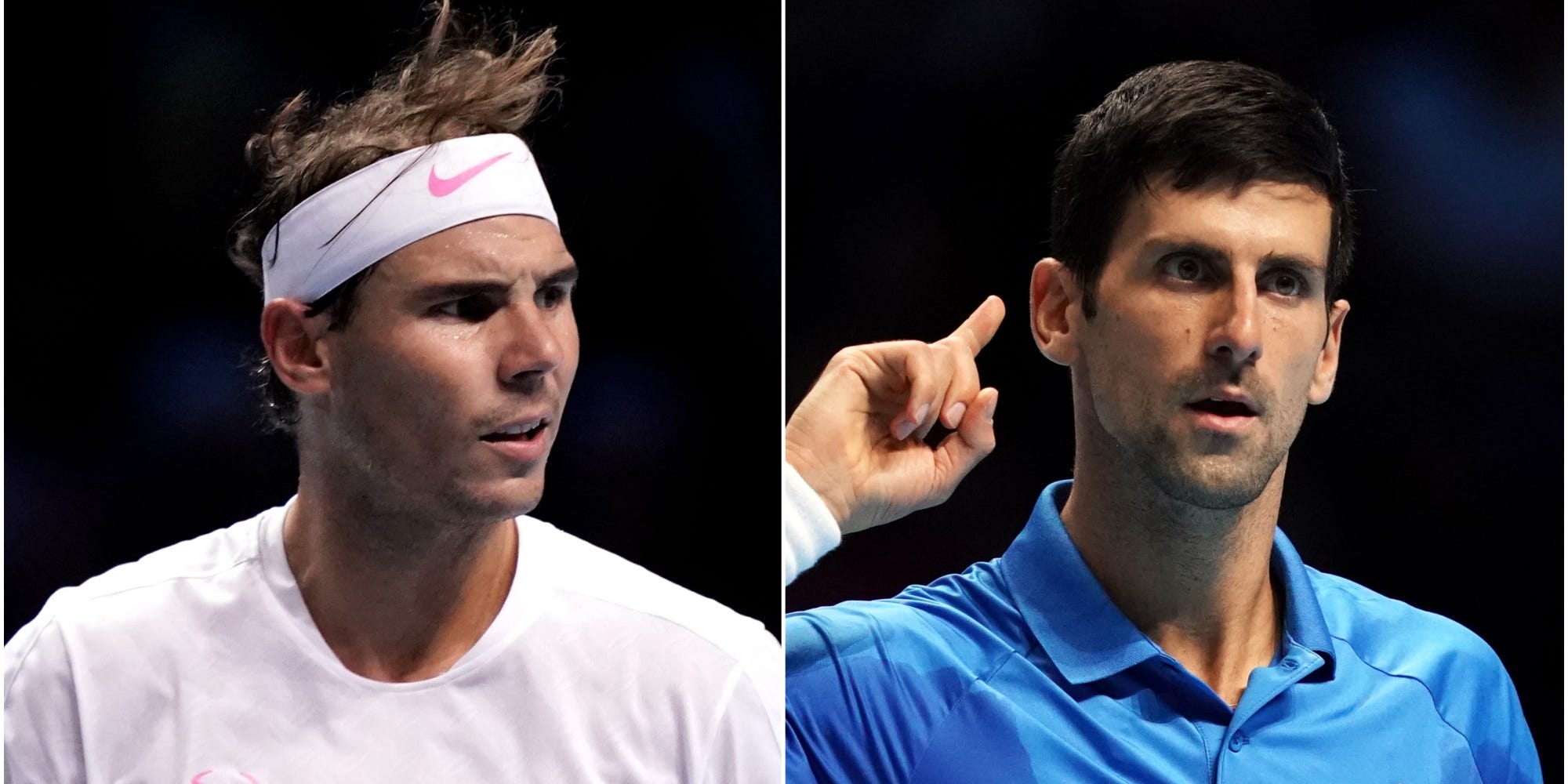 Historic supremacy as well as the Coupe des Mousquetaires will be on the line when Rafael Nadal and Novak Djokovic renew their intense rivalry in Paris on Sunday.

No two men have played each other more often at tour level, with Djokovic leading the head-to-head 29-26, and, as the numbers have increased, so has the significance.

As well as deciding whether Nadal will extend his already unimaginable record at Roland Garros by winning his 13th title or Djokovic will become the first man in the Open era to lift all the slam trophies at least twice, this match could also decide who ends up with the most slam titles overall.

Victory for Nadal would see him tie Roger Federer’s all-time record of 20 titles, moving him level with the Swiss for the first time in their long careers, but a Djokovic win would put him just one behind Nadal and two adrift of Federer.

As the youngest of the trio and the most successful over the last decade, it would give Djokovic a strong platform to overtake both in the next couple of years.

The Serbian disputed the assertion that this is the biggest match of his career, citing his first Wimbledon final and the French Open final he won against Andy Murray in 2016 to complete his career Grand Slam.

Djokovic said: “Finals of a grand slam is always huge. This is what you work for all year long, every season hoping that you can put yourself in a position to fight for grand slam trophies.

“It does have a certain I would say significance and difference when I play French Open finals to any other slam final. This is the one that I won the least, so of course I am extremely motivated to try to get my hands on another trophy.”

Djokovic is one of only two men along with Robin Soderling to have beaten Nadal on the Parisian clay but the Spaniard has won six of their seven meetings at Roland Garros, including both previous finals.

“He’s definitely my greatest rival,” said Djokovic. “Playing him in so many great matches, of course the past will have some effect in terms of respect towards each other, I guess motivation to get out on the court and play your best, knowing that we both have to be at our best in order to win against each other.

“Not more than that, to be honest, because I think we are both experienced enough to really approach matches like this focusing only on what is ahead of us.

“We all know that the conditions and the circumstances are obviously different from what we are used to. It’s going to be interesting to see how his game and my game kind of match up, how it all plays out on Sunday.”

Nadal began the fortnight by claiming the cool and damp conditions, combined with heavier balls, would make this his toughest French Open to win.

But so far he has made light work of it, reaching the final for the sixth time without dropping a set.

Djokovic is undoubtedly a significant step up from the opponents he has faced so far, though, and the Serbian carries the confidence of knowing the only match he has not won this year was when he was defaulted at the US Open.

Nadal’s coach Carlos Moya said of Djokovic to Eurosport: “He is a great player and I think that it is the player who benefits most from all these conditions of this Roland Garros.”

Nadal gained revenge for his loss to Diego Schwartzman at the Italian Open last month by beating the Argentinian in the semi-finals on Friday to head into the final in buoyant mood.

He said: “I can’t predict the future. The only thing I know is, to play against Novak, I need to play my best. Without playing my best tennis, the situation is very difficult.

“I know that this is a court that I have been playing well on for such a long time, so that helps. But he has an amazing record here, too, being in the final rounds almost every single time.”

Djokovic certainly showed a chink in his armour in his semi-final against Stefanos Tsitsipas, failing to serve out victory in the third set and being pushed to a decider.

Former world number one Mats Wilander believes that could be a factor, saying: “I thought that Rafa would need to make a good start. But now, maybe Novak is the one that needs a great start because he’ll be feeling this one a little bit.

“I think Rafa seeing Novak losing two sets gives Rafa another reason to literally go to the limit and beyond on the court.”