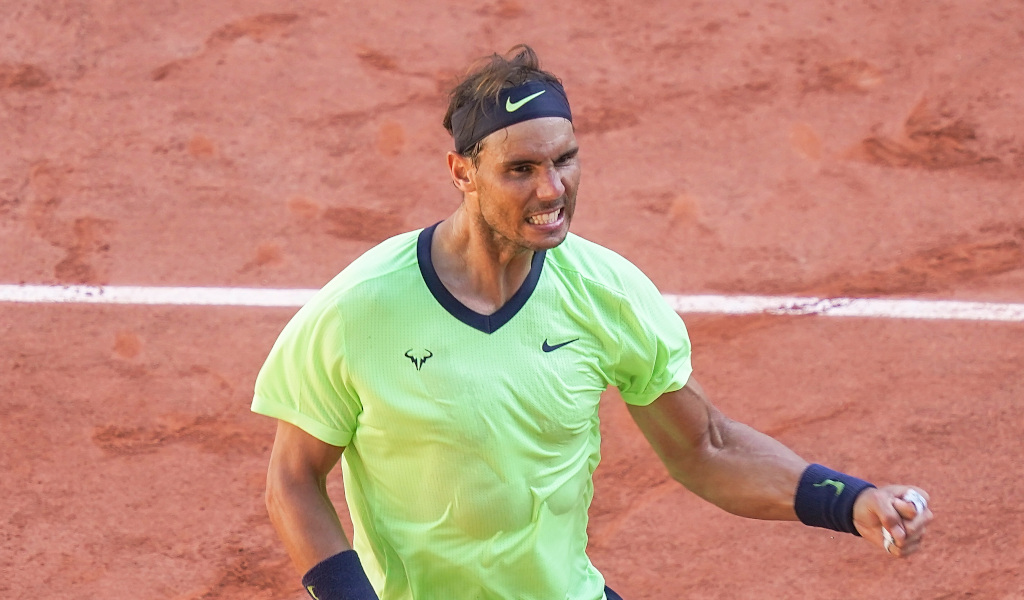 The ever-present figureheads of men’s tennis will meet the future in the fourth round of the French Open on Monday.

The future increasingly appears to be Italian, and 19-year-old duo Lorenzo Musetti and Jannik Sinner will get a crack at Novak Djokovic and Rafael Nadal, respectively, in the last 16.

Djokovic needed just an hour and 32 minutes to defeat Ricardas Berankis 6-1, 6-4, 6-1, becoming the first man in the Open era to reach the last 16 in Paris for 12 consecutive years.

With his 6-1, 6-4, 6-1 win over Berankis, @DjokerNole is headed to R4 here for the 12th consecutive year, a new Open Era record for longest streak of #RolandGarros R4 appearances.

Next up he faces a player in Musetti who has made it through to the fourth round on his grand slam debut.

A stand-out junior, Musetti has made a brilliant transition to senior tennis and claimed victory in his first ever five-set match, defeating fellow Italian Marco Cecchinato 3-6, 6-4, 6-3, 3-6, 6-3.

The teenager, whose flair and eye-catching one-handed backhand make him a hugely exciting player to watch, is looking forward to testing himself against one of the greats.

“I won three matches, three good matches with a lot of great opponents,” he said. “We practised a lot with Djokovic, so we know each other a little bit.

“For sure there is going to be a little bit of tension, but I think it’s what I’m working for since my childhood. All the sacrifice and hard work I did became reality now. So I’m just enjoying the moment and I will try to do my best.”

He will certainly get plenty of respect from Djokovic, who said: “I think Lorenzo is very nice, first of all, very nice kid. I really like how he plays. He’s got a really all-around game.

“I know very much so that he is a big challenge to me. So there is no question I have to go out playing on a high level because he will not have much to lose. I’m sure he’s going to come out and really try to play the tennis of his life playing on one of the two big courts.”

Sinner is much more of a known quantity at this level now and so far he has had no problem living up to the phenomenally high expectations placed upon him, climbing into the top 20.

A quarter-finalist last year, Sinner had to battle through five sets in his first match but has been more convincing in each round, reaching the last 16 with a 6-1 7-5 6-3 victory over Mikael Ymer.

The pair could not be more different – the flamboyant, pony-tailed Musetti and the pale, metronomic Sinner – but together they are a potent force.

“Me and Jannik, I think we are the future of Italian tennis, and of tennis in general,” said Musetti.

“Of course he’s a bit further forward than me. I’m just living what he was living last year, so we are growing up together.

“But I have to focus on myself. I have to improve myself. Of course I’m really proud and happy that Jannik is still winning and is still going forward in the slams and is one of the best in the race.”

Sinner’s run last year came to an end with defeat by Nadal in the last eight but, although it was straight sets, he arguably troubled the great Spaniard more than any of his other opponents.

A blockbuster fourth-round clash has been booked! #RolandGarros pic.twitter.com/4LnZebV5QB

“Talking about Lorenzo, I think it’s great to see, especially for Italian fans. We have two different styles of players, two different personalities on court and off court. I think he’s very, very talented… maybe more than me. Physically he is very, very strong. With the ball, he can do whatever he wants.”

Nadal extended his run of consecutive matches won at Roland Garros to 33 and consecutive sets to 32 with a 6-3, 6-3, 6-3 victory over Cameron Norrie.

He is wary of Sinner, saying: “He’s young. He’s improving every week. He has big shots. It’s going to be a tough one. I need to be solid. I need to be aggressive, too, because if not it’s very difficult. I need to make him play from tough positions, and I can’t make a lot of mistakes.”

Tenth seed Diego Schwartzman made the semi-finals last year and is having another good run, beating Philip Kohlschreiber 6-4, 6-2, 6-1 on Saturday.