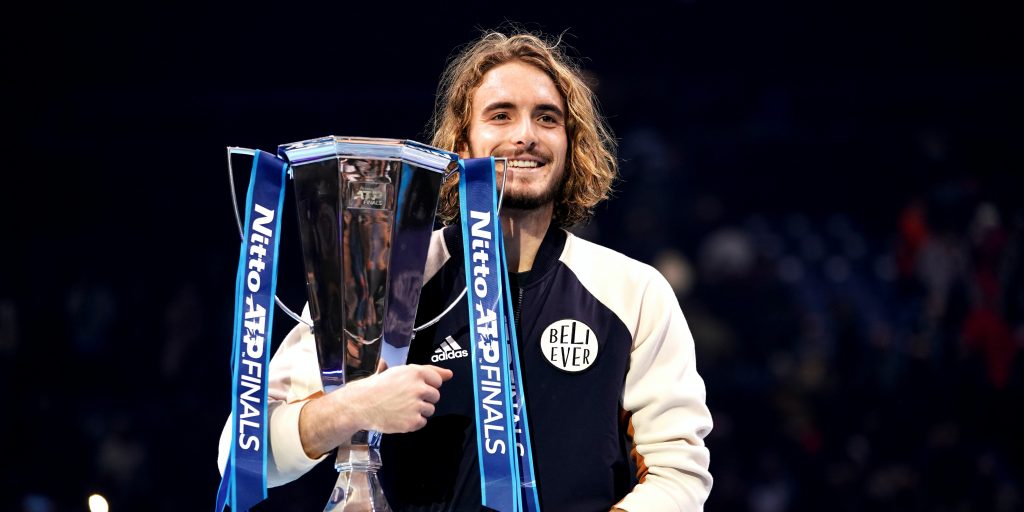 Rafael Nadal and Stefanos Tsitsipas were drawn in the same group as London prepared to host its final and very different Nitto ATP Finals.

The ATP had hoped to go out with a bang after 12 hugely successful years at The O2 Arena, with the tournament also celebrating its 50th anniversary.

But the coronavirus pandemic means the event will take place behind closed doors before it moves to Turin next year.

The groups have been named Tokyo 1970 and London 2020 to mark the half-century, and it was the latter group in which Nadal, still chasing his first victory at the season-ending event, and Tsitsipas were placed at Thursday’s draw.

Joining Nadal and Tsitsipas will be US Open champion Dominic Thiem, who has recovered from a foot problem, and Russian debutant Andrey Rublev.

The ATP Finals is the biggest absence on Nadal’s CV and Rusedski is not giving him much hope of breaking his duck.

* The Nitto ATP Finals will be available to watch on Amazon Prime Video on Sunday 15th to Sunday 22nd November.