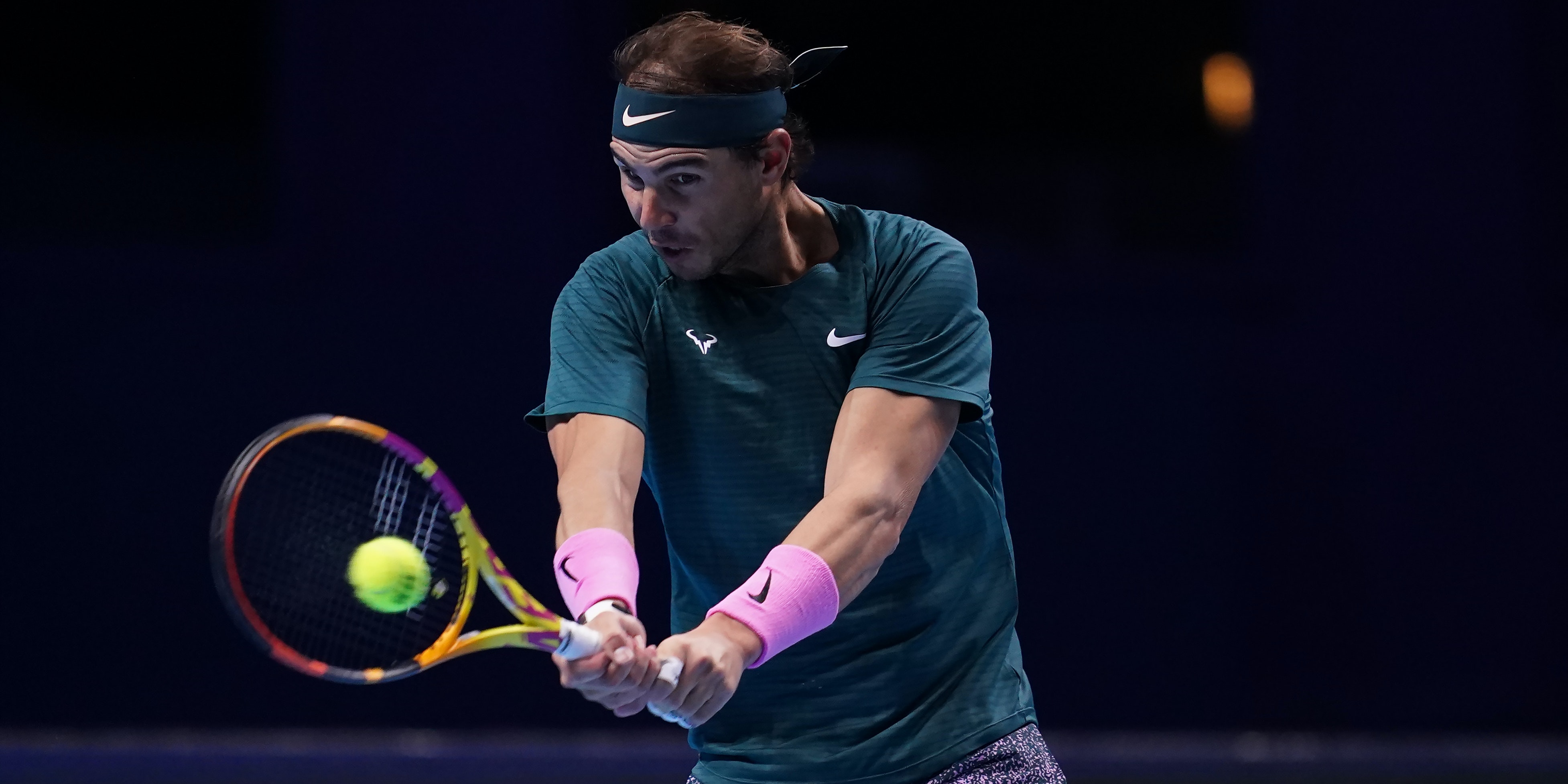 Rafael Nadal will face Daniil Medvedev in the semi-finals of the Nitto ATP Finals after battling to a three-set victory over defending champion Stefanos Tsitsipas.

It was a winner-takes-all clash after both men lost to Dominic Thiem, but Nadal was upbeat about his level following his narrow defeat to the Austrian on Tuesday and showed here that optimism was justified with a 6-4 4-6 6-2 victory.

Nadal served superbly up until an untimely double fault saw Tsitsipas pinch the second set but the Spaniard, who has never won this title, responded well to reach the knockout stages for the sixth time overall and first since 2015.

Tsitsipas’ record against Nadal now stands at 1-6, with his only victory coming, somewhat unexpectedly, on clay in Madrid last spring.

This was the second year in a row that Nadal and Tsitsipas faced off in the final group match, with the world number two winning on that occasion but missing out on the last four to the Greek and Alexander Zverev.

Here the equation was much simpler, but the Greek soon found himself under pressure. Nadal failed to capitalise on two break points at 3-3, but Tsitsipas double-faulted on another opening two games later.

Nadal finished off the set with successive aces and, considering he was on a 70-match winning streak when taking the first set, it was clear what an uphill task this was for Tsitsipas.

The 22-year-old did a much better job of dominating on his own serve in the second set but got nowhere near Nadal’s until the Spaniard served to stay in the set at 4-5.

Some inspired play from Tsitsipas created two set points and, having played a fine point to save the first, Nadal double-faulted on the second.

Tsitsipas’ momentum did not last long, though, Nadal getting the better of three successive breaks to start the deciding set and pulling away to clinch victory.

Medvedev is already assured of topping the Tokyo 1970 group after victories over Alexander Zverev and Novak Djokovic.