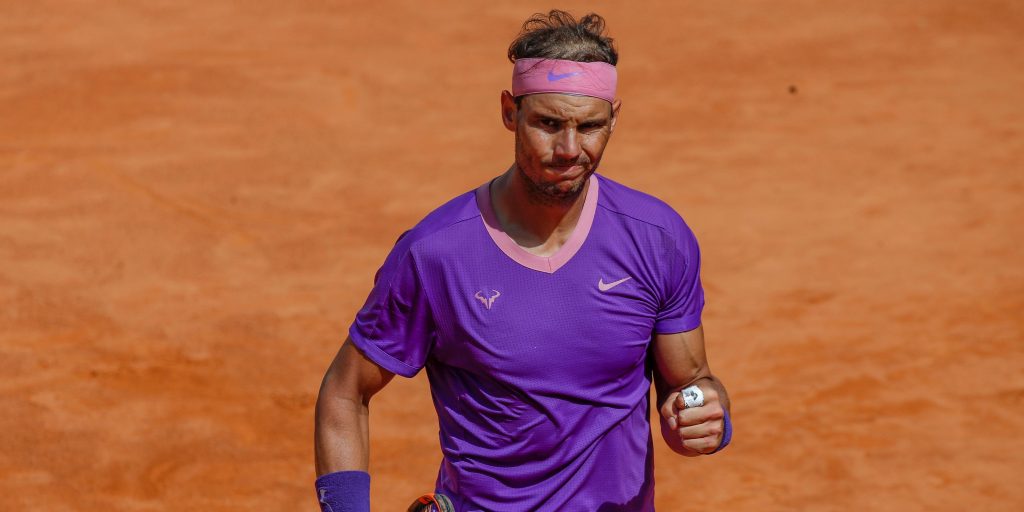 Rafael Nadal saved two match points against Denis Shapovalov as he battled into the quarter-finals of the Italian Open.

The clay-court master has looked a little shaky on the red stuff so far despite winning a title in Barcelona and he was staring at his earliest loss in Rome for 13 years.

Nadal has won nine titles in Rome but he again struggled with his serve and made an unusual amount of unforced errors against an opponent who had shown little form on clay until this tournament.

Shapovalov began brilliantly, racing into a 4-0 lead and holding his nerve when Nadal, who was perhaps feeling the effects of quick turnaround following Wednesday evening’s battle with Jannik Sinner, began to find his range and fought back with a run of three games in a row.

Shapovalov broke again to start the second set and had a point for 4-0 only for Nadal to dig in and hold and then break back with a brilliant game that was much more reminiscent of the player who has dominated this surface for a decade and a half.

It appeared the momentum had shifted decisively when Nadal clinched the second set but he was unable to take any of three break points at 5-5 in the decider and looked set to pay as the nerves took hold, only for Shapovalov to misfire on both his opportunities.

Novak Djokovic had no such worries against Alejandro Davidovich Fokina, making short work of the Spaniard 6-2 6-1 as fans returned to the Foro Italico for the first time this year.

He will next face what should be a much tougher test against Monte-Carlo Masters champion Stefanos Tsitsipas, who defeated Italian number one Matteo Berrettini 7-6 (7-3), 6-2.