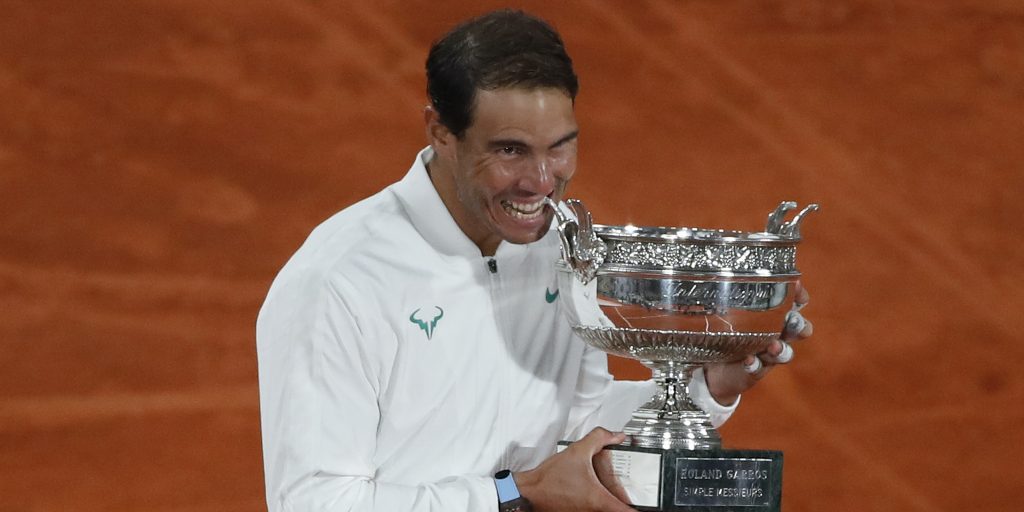 Even after all he has achieved at Roland Garros, Rafael Nadal showed he still has the power to surprise with a demolition of Novak Djokovic to win a historic 13th French Open title.

The Spaniard’s brilliant 6-0, 6-2, 7-5 victory on Court Philippe Chatrier brought him a 20th grand slam crown, drawing him level for the first time with his old rival Roger Federer as the most successful men in the history of the sport.

Nadal played a virtually perfect first two sets, leaving Djokovic, who had been hoping to become the first man in the Open era to lift every slam trophy at least twice, unable to find any answers.

Federer was quick to pay tribute to the 34-year-old, saying on Twitter: “I have always had the utmost respect for my friend Rafa as a person and as a champion. As my greatest rival over many years, I believe we have pushed each other to become better players.

“Therefore, it is a true honour for me to congratulate him on his 20th grand slam victory. It is especially amazing that he has now won Roland Garros an incredible 13 times, which is one of the greatest achievements in sport.

“I also congratulate his team because nobody can do this alone. I hope 20 is just another step on the continuing journey for both of us. Well done Rafa. You deserve it.”

Nadal has always played down the importance of chasing Federer’s mark but, at five years younger than the Swiss and now three titles clear of Djokovic again, he must be in pole position to claim the overall record.

“Of course I care,” said Nadal. “I am a big fan of the history of sport in general. For me it means a lot to share this number with Roger. But let’s see what’s going on when we finish our careers.

“I don’t know what can happen in the future. I am just excited. At the same time, to share this record between us, that we had an amazing rivalry for such a long time, is something in some way beautiful I really believe.” 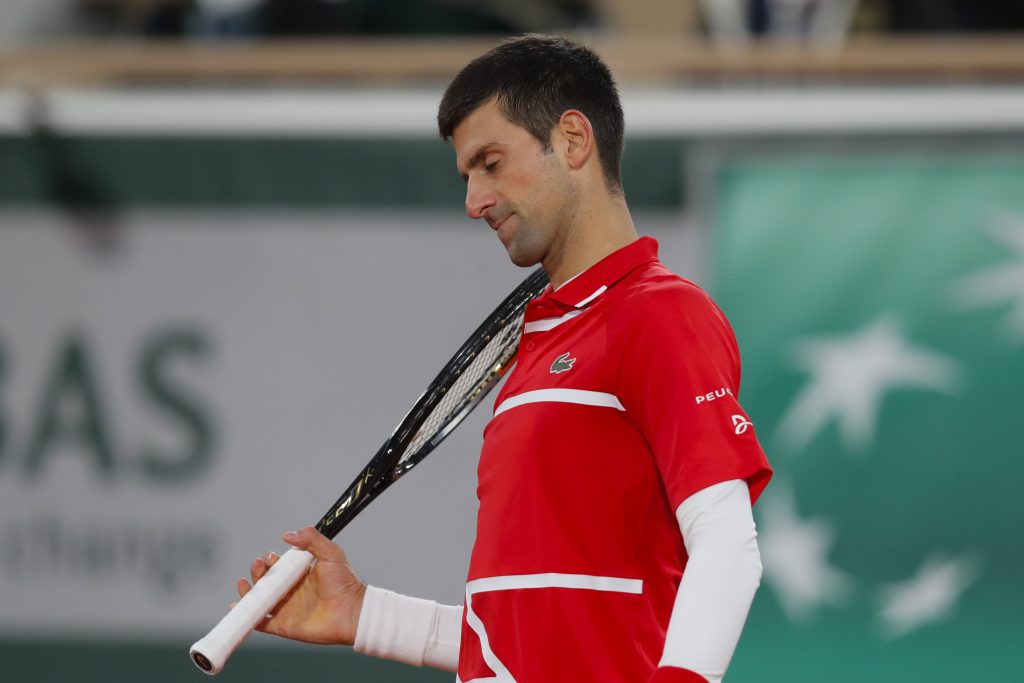 Djokovic was hugely gracious in the face of what was clearly a painful defeat, saying: “I don’t have much to say but that I was completely overplayed by Rafa.

“I felt well throughout the entire tournament. I thought I was in great form. Certainly I could have played better, especially in the first two sets. But he did surprise me with the way he was playing, the quality of tennis he was producing.

“He’s phenomenal. He played a perfect match, especially in the first two sets. The third set I managed to come back. I kind of found my groove on the court, had my chances, didn’t use them.

“All the superlatives you can use, he deserves them. It’s just one of these days where you have to say, ‘Chapeau, and well done’.”