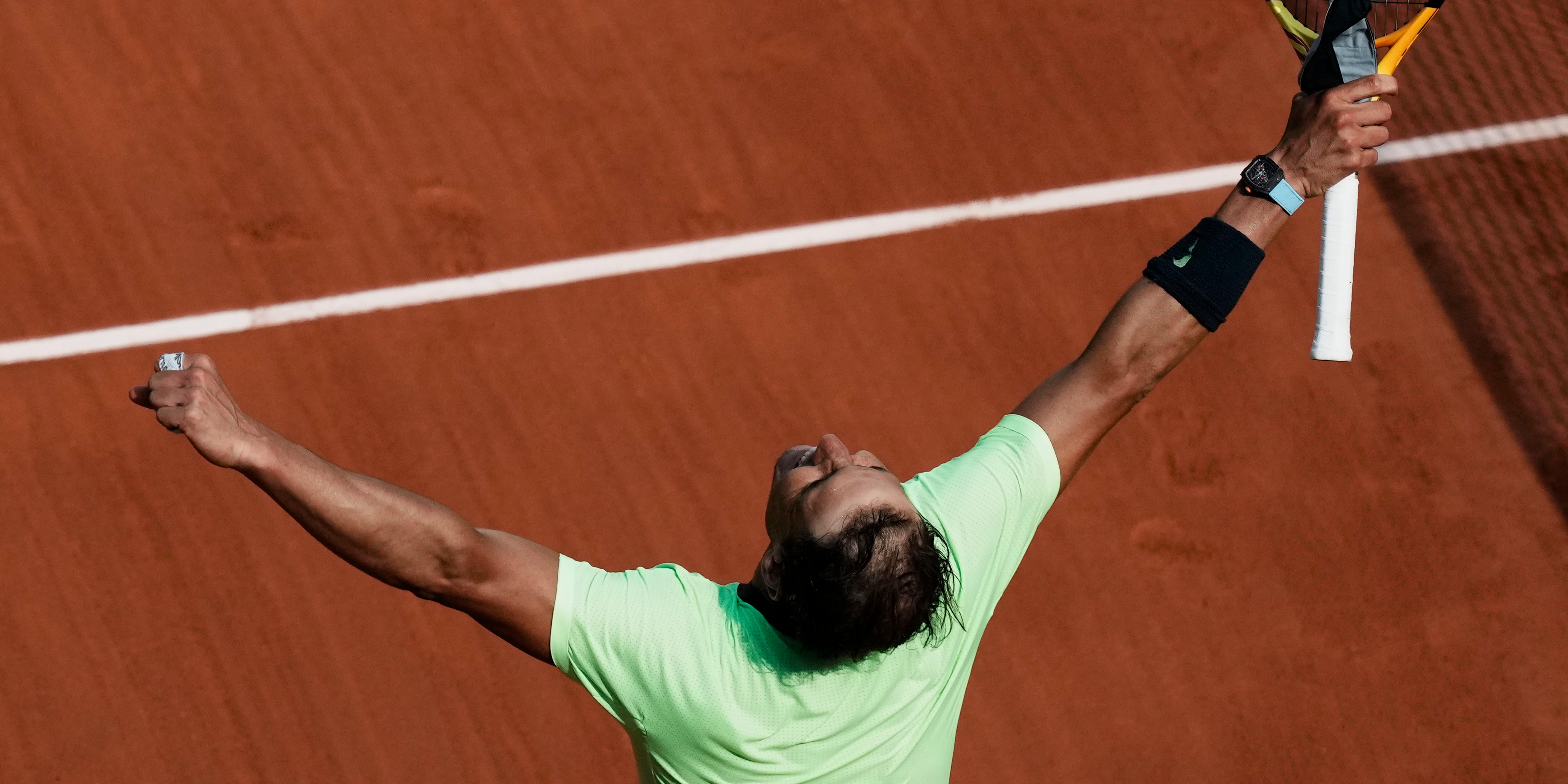 Rafael Nadal shrugged off his first lost set at Roland Garros since 2019 to storm past Diego Schwartzman and into a 14th French Open semi-final.

The 35-year-old extended his unbeaten run of matches on the Parisian clay to 35 with a 6-3 4-6 6-4 6-0 victory, and the bad news for the rest of the men’s draw is Nadal has never lost once he has reached the last four.

He said: “I have been in a tricky situation, 4-3 for him in the third set, one set all. Then was the moment to calm myself, to think about the things that I was doing well in practice, just to try to make it happen.

“I’m very proud that in that moment, probably the best level of tennis that I had showed until the end of the match, with not many mistakes, hitting a lot of winners, starting to hit the forehand down the line, playing more angles, playing longer with my forehand cross, returning a little bit better.

“My serve I think started to work better in that third set. But it’s normal. It’s not my mindset to come here and just think about losing a set is going to be a disaster for me. That’s part of the game.

“We are facing the best players of the world. Losing sets is something I accepted well, I accepted during all my tennis career. The thing that matters is how you recover from a set lost.”

All seemed relatively routine in the first set as Nadal, who extended his win-loss record at Roland Garros to a ridiculous 105-2, kept Schwartzman at arm’s length and then recovered from 3-0 down in the second.

For seven games in the third set, Nadal almost seemed to be on the back foot, and his next service game appeared a chance for Schwartzman to strike again.

This was a third defeat by Nadal at Roland Garros in four years for the unfortunate Schwartzman, who said: “I don’t want to be in the same side of the draw next time.

“I think I’m a very good player on clay. I did great tournaments here in Paris, but always losing against Rafa the last few years. In a semi-final, two times quarters. I want to play maybe Nole (Novak Djokovic) next time, but not Rafa.

“I had the chances today maybe in the third. I was close. I was playing a little bit better than him. At the end he’s Rafa and he’s always finding the way.

“At the end of the third, he deserved to win because he did many winners, he started to play amazing. In the fourth, I didn’t have the chance to play any points.”