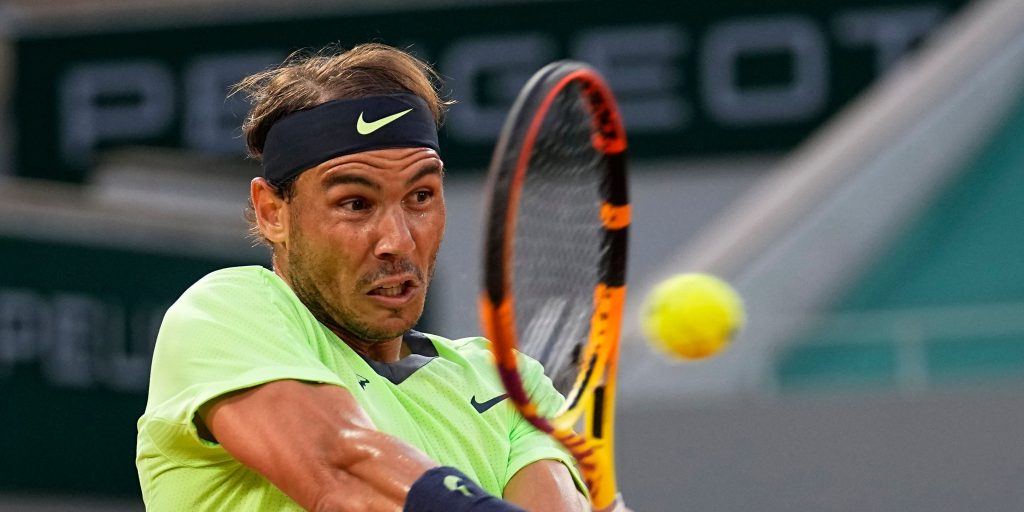 Rafael Nadal is wary of the threat posed by Britain’s Cameron Norrie in their third-round clash at Roland Garros.

It is a measure of Norrie’s success this year that this will be his third meeting of 2021 with the 20-time grand slam champion.

Nadal won both the previous ones in straight sets, firstly at the same stage of the Australian Open and then on clay in Barcelona, but Norrie acquitted himself well, particularly in Melbourne.

“He’s a great player,” said Nadal, who has not dropped a set in his first two matches. “He’s winning plenty of matches this year. Every week he’s making good results, winning against very good players.

“I know it’s going to be a tough one. I need to be ready to play my best. I know he has a style of game that is not easy to play against. I need to play well.”

Norrie’s forehand has been a revelation during the clay-court season while the British number two’s backhand, which he takes early and hits extremely flat, is an unusual shot that has caused a lot of trouble for opponents.

Norrie was ranked 77th when the tour resumed last summer but, whatever happens on Saturday, he could break into the top 40 after this tournament for the first time in his career.

With coronavirus-related changes to the ranking system making it difficult to move up the standings, that is an indication of just how impressive Norrie has been.

The highlights have been runs to the finals of clay-court events in Estoril and Lyon but it is Norrie’s consistency of performance and attitude that has been just as commendable.

He has won at least two matches at nine of the 11 tournaments he has played this year and currently sits 13th in the ATP Race, which reflects performances in 2021.

He said: “I think the biggest thing is I’m attacking tennis in all aspects and taking it to a different level professionally and handling everything on the court and off the court and making it very business-like, like I’m the CEO of a company, and I’m doing things very smoothly.

“I think I’m a lot more calm in bigger moments than I had been in the past. I think I’ve been very consistent and kept the momentum with me and not really let too many little things throw me off there. I’ve been pretty dead set on keep improving, keep going, and keep bringing my level every day.

“I don’t think I’m playing like out-of-this-world excellent. I think I’m doing a lot of fundamentals well, and I think that’s paying off. But still a lot of work to do and a lot of things to improve on.”

Norrie’s two victories so far in Paris have epitomised his improvement. In the first round against Bjorn Fratangelo he struggled with nerves and could not find his best game but won the points he needed to.

Against Lloyd Harris in round two, he did not panic when his opponent made an excellent start and turned things around through a relentless approach that Harris could not match.

“Obviously I’m going to be the underdog going in there, so no pressure on me, go out and see if I can execute my game and frustrate him,” he said. “Another wonderful experience for me playing him, again, third round of a slam, especially where he’s been very dominant.

“Tough task, yes. He’s playing excellent. I think he’s at one of his best parts of his career, as well. He’s won a lot on the clay, so he’s looking dangerous.

“I think it’s good, though, that I did get the chance to play him in Barcelona and play him on the clay. So I know his patterns and I know what he likes to do and his tendencies on the serve and the return.

“I know what I’m in for and it’s not going to be easy. So go out there, enjoy it, and take it to him. Nothing to lose.”