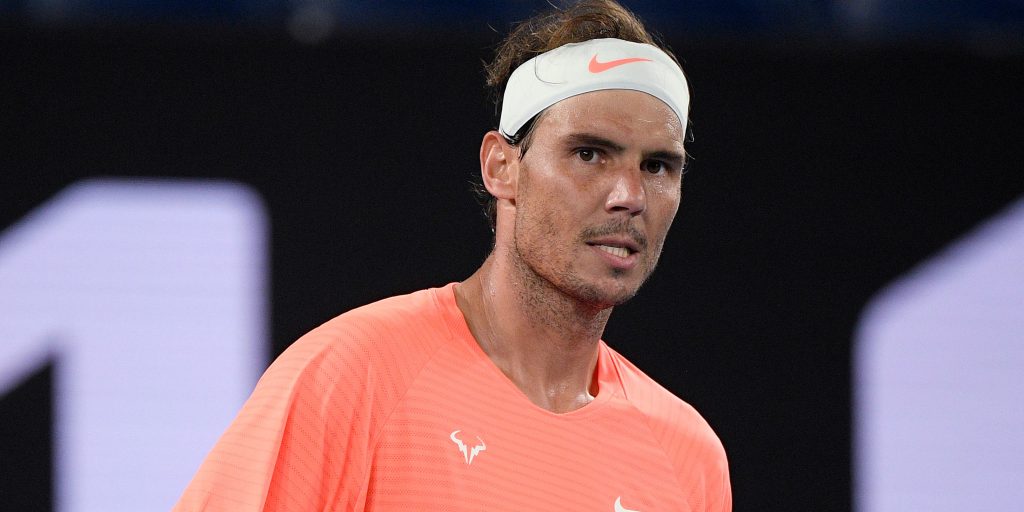 Rafael Nadal gave a positive update on his fitness after defeating Britain’s Cameron Norrie to reach the fourth round of the Australian Open.

The second seed came into the tournament carrying a back problem that affected his service motion but revealed on Saturday that it is finally starting to feel better.

That is certainly timely news given his draw looks set to get much harder from here, with flamboyant Italian Fabio Fognini next up on Monday.

“I need to come back to my normal serving. Today is the first day that I started to serve again my normal serve. It has been an important victory for me. The biggest victory is the back is better.”

The main injury concern now surrounds Novak Djokovic, who suspected he tore a stomach muscle during his five-set victory over Taylor Fritz on Friday.

As expected, the world number one did not practise on Saturday and it is now a waiting game to see whether he is able to take to the court against Milos Raonic on Sunday.

Nadal was surprised to see Djokovic recover so well in the deciding set, saying: “I don’t know what’s he’s feeling because for two sets it looks like he’s going to retire and then in the fifth I think he played quite normal, a lot of points.

“A strange feeling for me as a spectator. But that’s it. He found a way to win, so well done.”

Fognini has beaten Nadal in four of their 16 meetings, including from two sets down at the US Open in 2015.

He was an impressive 6-4 6-3 6-4 winner over final Australian hope Alex De Minaur.

But the good news for both was that fourth seed Medvedev, one of the big favourites for the trophy, recovered to win 6-3 6-3 4-6 3-6 6-0 and reach the fourth round.

“Sometimes maybe I will disagree but this time for sure it was a good thing to do.

“It happens once per year, two times per year maximum, maybe once in two years, but today it helped, and definitely we’re going to talk about it a little bit, but there is not a big deal.”

Ninth seed Matteo Berrettini has had a strong start to the year and he got the better of three tie-breaks against Karen Khachanov.