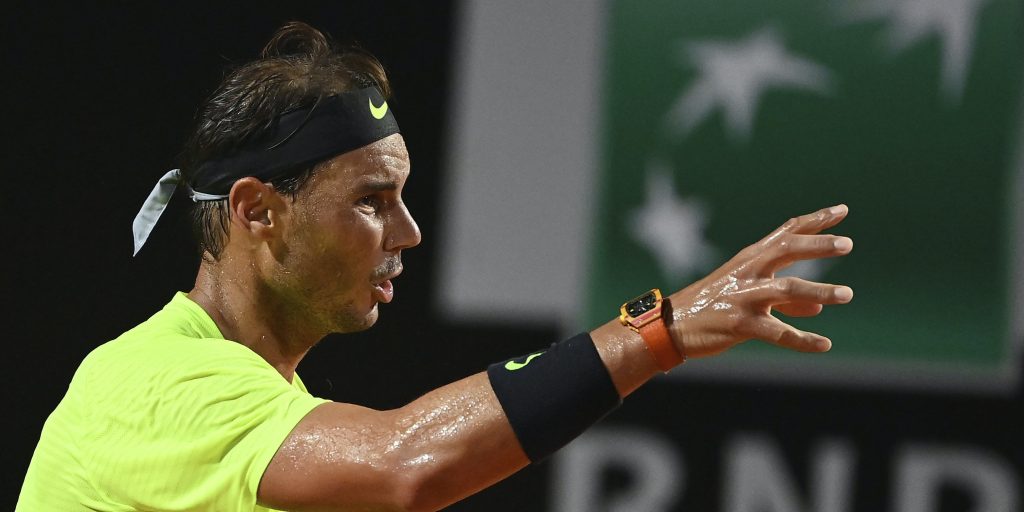 Rafael Nadal is hopeful he will be able to address the issues in his game that contributed to a shock Italian Open defeat before the French Open begins in a week’s time.

The 12-time Roland Garros champion had looked supreme in his first two matches since February in Rome but fell to a 6-2, 7-5 quarter-final loss against Argentinian Diego Schwartzman.

Nadal usually goes into the French Open full of confidence having won at least one or two titles on clay but, with the calendar completely rejigged this season, the 34-year-old will not be panicking.

He said: “It’s a completely special year and unpredictable year. I’ll probably go back home and then let’s see what’s going on. I did my job here. I did a couple of things well and other things bad. And that’s it.

“At least I played three matches. I fought until the end. But losing that many serves, you can’t expect to win a match, no? Something that I have to fix. I know how to do it. I’m going to keep working and keep practising with the right attitude and try to give me a chance to be ready.”

Nadal had won all nine of his previous matches against Schwartzman, losing just two sets.

But Schwartzman was inspired, producing the best performance of his life, while Nadal struggled badly on serve, being broken five times, and made an uncharacteristic number of errors on his fearsome forehand.

The world number two cited the late-night humidity as a factor but praised Schwartzman for his display.

Schwartzman will take on Denis Shapovalov in the semi-finals on Sunday evening looking to reach his first Masters final.

He said: “I played a few times against the three big champions of tennis. I never beat them until today. I’m very happy.

“It’s sad to not have people watching the match today. I’m feeling like it’s a weird tournament and is not the best tournament (to win) for the first time against Rafa. But it was my best match ever. I’m very happy.”