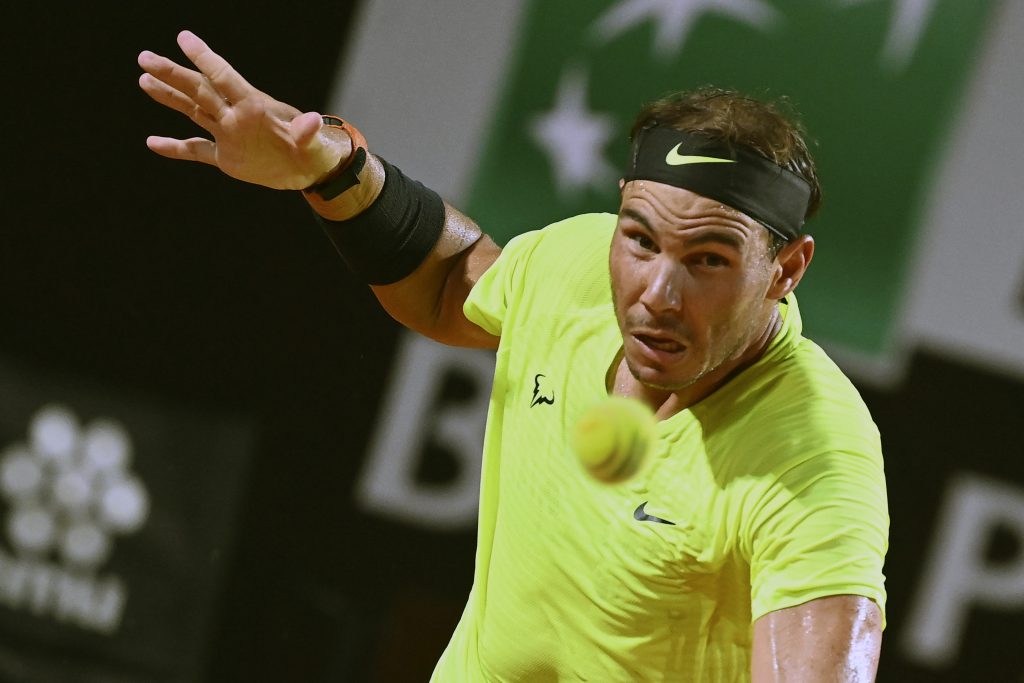 Rafael Nadal admitted he has his work cut out to win a 13th French Open title, describing the conditions as the most difficult he has faced at Roland Garros.

The tournament was switched from spring to autumn because of the coronavirus pandemic and Paris has been hit by cool and wet weather that looks set to continue.

The slow and heavy conditions are being compounded by the new Wilson ball, which drew a scathing assessment from Nadal.

The Spaniard, who has only ever lost two matches on the Parisian clay, said: “I always have been beatable on clay. But at the same time it’s true that I had a lot of success on this surface.

“The situation is special. Conditions here probably are the most difficult conditions for me ever in Roland Garros for so many different facts.

“The ball is completely different. The ball is super slow, heavy. It’s very cold. Slow conditions. Of course, the preparation has been less than usual.

“I think it is not a good ball to play on clay, honestly. I really believe that the
organisation need to take a look at that for the next couple of years, for the health of the players, too, because the ball, super heavy, becomes dangerous for the elbow and for the shoulders.

“At the same time what you need is the right energy to accept every single thing. That’s what I am doing. Just stay positive knowing that the conditions are not perfect for me, maybe not perfect for others either, and accept that I’m going to need my best version to have chances.”

Nadal usually arrives in Paris with numerous clay-court victories under his belt but his only warm-up event this time was the Italian Open in Rome, where he suffered a surprise quarter-final loss to Diego Schwartzman.

The Spaniard, who starts his campaign against Belarusian Egor Gerasimov on Monday, knows he will have to play much better to have a chance of winning his 20th grand slam title, which would equal Roger Federer’s record.

He said: “We are just about to start a very important event, the most important event in my tennis career historically. I am just happy to be back here in
this place.

“The situation is a little bit more difficult than usual without a doubt. But that’s it. I’m going to keep trying my best. I know it’s going to be a big challenge to play well here. But I have done it in the past. I know very well I have to keep
giving myself chances to find the best level possible.”

Nadal’s last two titles have come after final victories over Dominic Thiem, who will take to the match court for the first time since breaking his grand slam duck at the US Open.

The Austrian has tried to strike a balance between celebration and preparation but accepts finding his best form in Paris again will be a challenge.

The 27-year-old, who has been handed a very tricky draw, said: “It was not easy because on one hand I’ve achieved a life goal, so I was so happy, so relieved. I was enjoying that obviously at home with family and friends.

“At the same time it’s now a tournament coming up where I did great the last four years, where I really want to do great as well this year.

“But I’ll see how I handle all the emotions, also all the physical challenges which happened in New York. In the past I was not that great playing the tournaments after big titles like Indian Wells last year or Vienna.

“I’ll try to do it different here in Paris, try to be on top of my game from Monday on.”