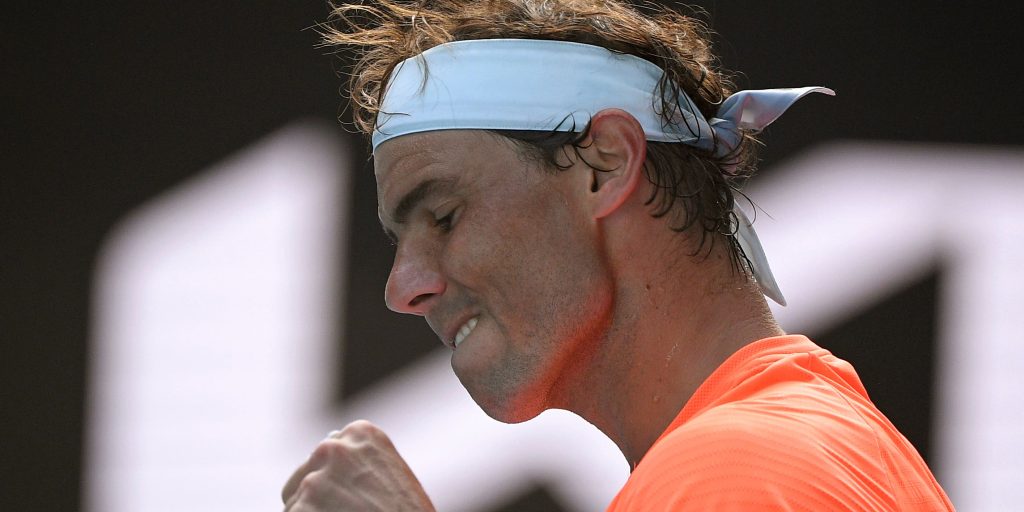 Rafael Nadal looks to be peaking at the right time after brushing aside Fabio Fognini to reach the quarter-finals of the Australian Open.

The second seed came into the tournament with serious concerns over a back problem but revealed after beating Britain’s Cameron Norrie in the third round that it had finally started to improve.

Nadal, who is bidding to win a record 21st Grand Slam title, has not dropped a set at a Slam since losing in the quarter-finals in Melbourne last year to Dominic Thiem.

He said: “The first set without a doubt has been my best level in the tournament. It’s normal, too, because I was able to practise for two days in a row. That makes an important difference.

“But, at the same time, it’s important to find positive feelings now. My physical condition needs to keep improving. But I think this match helps, too.”

The crunch moments of the match came in the second set, where Fognini led 4-2 and had three chances to make it 5-3 only for Nadal to reel off four games in a row.

The Spaniard next faces fifth seed Stefanos Tsitsipas, who reached the last eight without taking to the court after opponent Matteo Berrettini withdrew because of the abdominal injury he suffered in his third-round win over Karen Khachanov.

Nadal has won six of his previous seven meetings with Tsitsipas, including brutally in Melbourne two years ago, and he is excited for the clash.

He said: “Things in sports change quick. Sometimes you feel that you are so-so, then you win a couple of matches and then you feel the best possible.

“I was able to win the four matches already here, so now I’m going to have a very tough opponent in front. I need to play my best. Let’s see if I am able to do it.

“I’m excited about playing that quarter-finals match. If we compare how I was five days ago and how I am in today’s situation, it’s different, and my perspective and excitement is completely different, too.”

Russian friends Daniil Medvedev and Andrey Rublev will play each other for a spot in the last four after straightforward victories.

Medvedev recovered from his tempestuous five-set win over Filip Krajinovic to beat Mackenzie McDonald 6-4, 6-2, 6-3, while Rublev was leading Casper Ruud 6-2, 7-6 (7-3) when the Norwegian retired.

Medvedev, who is on a winning streak of 18 matches, has won all three previous tour-level matches against Rublev.

The pair were team-mates ahead of the tournament, winning the ATP Cup for their country, and Medvedev said: “We’re going to play each other maybe 10 more times in our careers, 15. Almost 100 per cent it’s not going to be 15-0 for somebody.

“It’s our job. We can talk just before the match. Of course, during the match we’re going to try to win, fight for our best. Sometimes you can maybe even, not fight on the court, but argue on the court or something because we’re competitors. After the match we are great friends.”

For the first time in the Open era, there are three Russian men through to the quarter-finals of a slam, with Medvedev and Rublev joining surprise package Aslan Karatsev, who takes on Grigor Dimitrov on Tuesday.

“It’s great for our sport,” said Medvedev. “We are both, with Andrey, really happy for Aslan, because he was practising good in ATP Cup. We felt like he could do something amazing.

“To be honest, being in your first grand slam main draw and making quarters is something exceptional. He’s not over yet. Let’s see how he does tomorrow.”