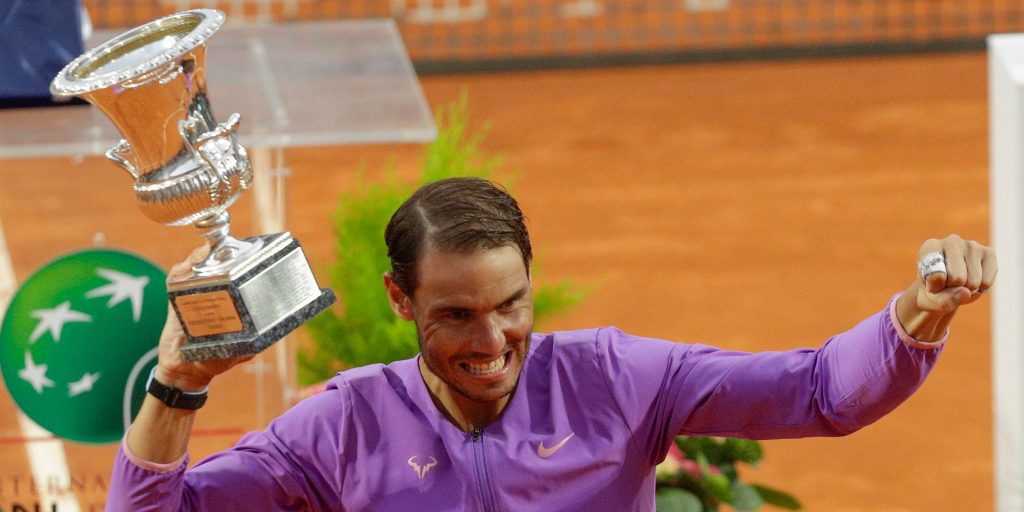 Victory also secured Nadal his 36th ATP Masters 1000 crown, equalling Djokovic’s record since the series was established in 1990 and he now leads the Serbian 29-28 in ATP head-to-heads.

Nadal won his first Italian Open title in 2005, while Djokovic, 33, was aiming for his first win on clay against the Spaniard since the 2016 quarter-finals in Rome.

Djokovic showed no signs of fatigue after spending almost five hours on court on Saturday while winning both his quarter-final and semi-final against Stefanos Tsitsipas and Lorenzo Sonego in a rain-affected tournament.

Nadal, who won his semi-final against American Reilly Opelka in an hour and a half, lost his first service game to go 2-0 down in the opening set, but immediately broke back and then held in his next to level at 2-2.

The Spaniard pounced on Djokovic’s serve again in the 11th game to edge 6-5 ahead and wrapped it up 7-5 on his second set point.

Djokovic rallied in the second set, breaking Nadal’s serve twice, in the fourth and sixth games, to win it 6-1 in 44 minutes and level the match and looked to hold the upper hand when he forced two break points at 2-2 in the decider.

But Nadal staved them off and raised his level in the next game when he broke Djokovic’s serve to take a decisive 4-2 lead.

Nadal served out for the title at 5-3 up and clinched it on his second championship point when Djokovic sent a backhand long.