Rafael Nadal’s beautiful tribute to Roger Federer: ‘A part of my life left with him’ 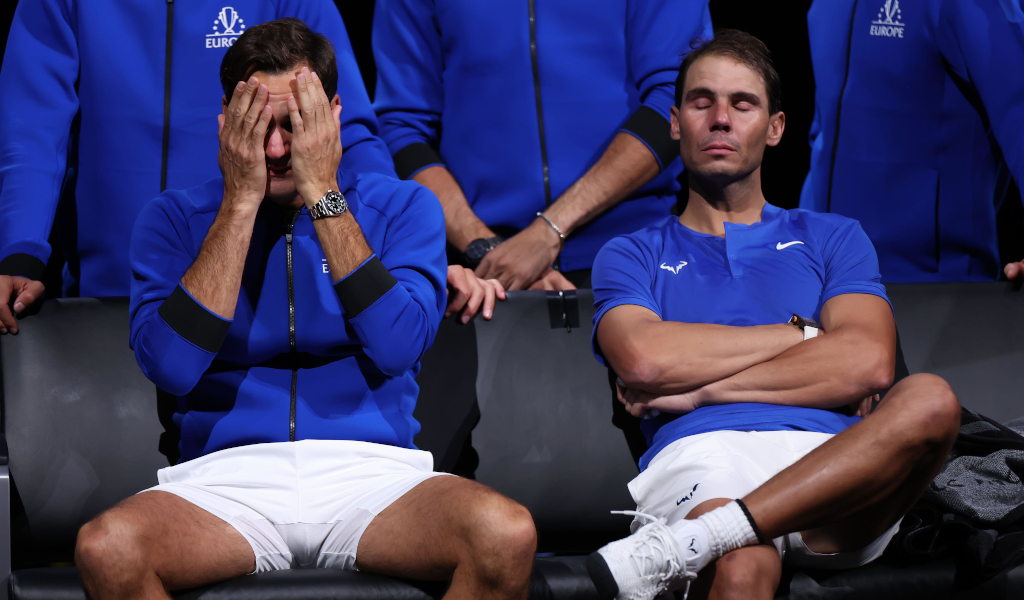 Rafael Nadal has once again opened up about the emotions he went through when his great rival Roger Federer retired from tennis.

After more than two decades at the top, Federer played his last professional match at the Laver Cup in September, teaming up with Nadal in the doubles at the team competition at the O2 Arena in London.

The two tennis icons lost the doubles encounter and the post-match celebrations were emotional as both the Swiss and Nadal were in tears during the farewell ceremony.

Although many believe Novak Djokovic is Nadal’s biggest challenger as they have faced each other 59 times with 18 of those matches coming at Grand Slams compared to the Nadal-Federer match-up of 40 with 14 at majors, the Spaniard explained why he considered his rivalry with the Swiss maestro to be so special.

“There are many experiences together, important moments shared in our lives as rivals and team-mates,” Nadal is quoted as saying by journalist Sebastian Torok. “People have feelings and understand this sport for what it is, a sport.

“When you have a rival like Federer, throughout your career – because when I started Roger was already there, [in the end I was there when he retired]. It’s true I played more matches with Novak than with Roger, but somehow I started it with him [Federer].

“Due to our contrasting styles and personalities, due to affinity, in some way we [Federer and I] have shared so much. Someone I have admired, whom I have rivaled and also with whom I have shared many beautiful things on and off the court was leaving. In that sense, you know that all those moments, those feelings you have before playing a final of Grand Slam, of an important tournament, everything that was in the air before those matches… well it was different from other matches.

“You know you’re not going to live that again and [when he retired] a part of my life left with him. It was also the emotion of saying goodbye to someone who has been so important to our sport.”

Federer called it a day at the age of 41 having struggled with a knee injury for nearly three years while Nadal is 36.

Asked about his own retirement, the 22-time Grand Slam winner said: “My time will come when it has to come. I’m quite prepared for my next life outside tennis.

READ MORE: Rafael Nadal to win French Open No 15 next year? How long does he have left to play? Pundits have their say