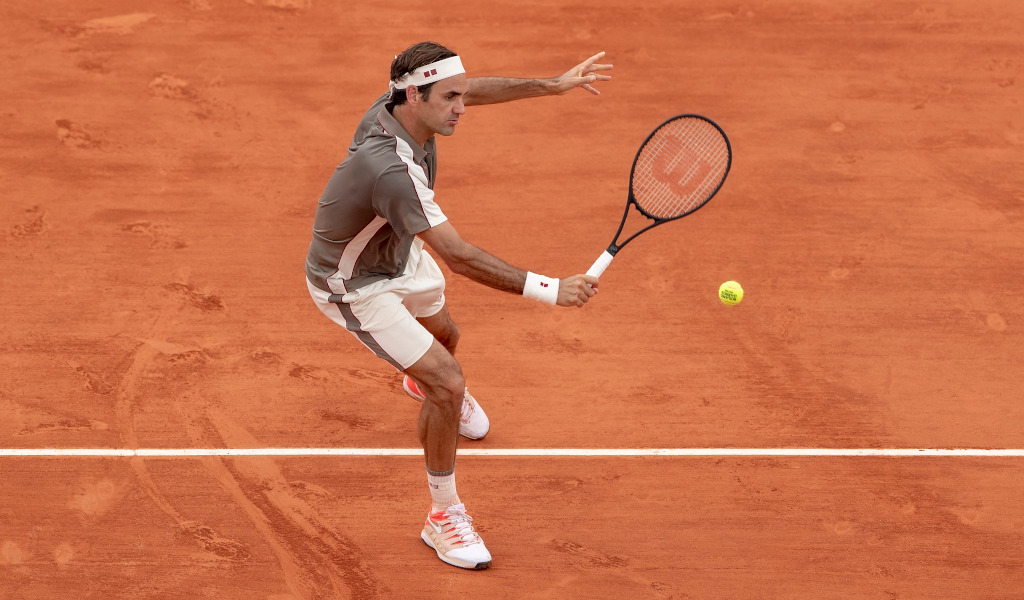 Roger Federer makes his latest return to the ATP Tour on clay in Geneva this week but his thoughts are very much on the grass-court season and Wimbledon.

He played two matches at the ATP tournament in Doha in March before returning to the practice court for another two months of training.

Federer, who turns 40 in August, will play the Geneva Open in his home country and the French Open later this month as he attempts to get fully back in the swing of things in time for a tilt at a ninth Wimbledon title in July.

“Of course there are question marks all around my level right now,” he said. “We will find out a little bit more tomorrow, but in practice things have been going well so I’m happy there.

“When you come back from an injury you are anyway in a different place from everybody else. I’m excited about the comeback, that’s what my focus needs to be on and not about trying to be at the same level as Rafa (Nadal) and Novak (Djokovic) right now.

“I was happy that the knee didn’t feel any different from hard to clay so I expect the same to go from clay to grass. So far the clay has been good for me and of course I hope that it’s also going to help me for the grass.

“And I’m convinced that hitting a lot of balls, you have to really power through the ball on clay because otherwise you’re not going to have an impact on this surface, is going to be beneficial for me for the grass-court season.”

Federer again reiterated that Wimbledon is his “huge goal” for the season, and he will also play his traditional warm-up event in Halle.

Djokovic and Nadal have continued to keep the younger generations at bay at the Grand Slams in Federer’s absence but there is no doubt the gap is closing and the Swiss knows he has a huge challenge on his hands if he is to be a factor at the biggest tournaments again.

“I haven’t watched that much but every time I watched I was impressed,” he said.

“I think the moment I am healthy or able to get matches again under my belt, get used to being out on court, serving for hours and then recovering and doing the same thing again, that will all just increase my confidence and then I believe I will be part of the top tier.

“The generation of (Stefanos) Tsitsipas, (Alexander) Zverev, (Andrey) Rublev, (Daniil) Medvedev, have all again gotten better, naturally because they have more experience.

“You would think the game has improved again and for me that’s going to be an extra challenge – extra, extra hard for me to find that level but one I guess I knew from the get-go it was never going to be simple regardless of if I was going to be out for three months or almost a year and a half.”

Federer will play either Jordan Thompson or Pablo Andujar in his first match on Tuesday.