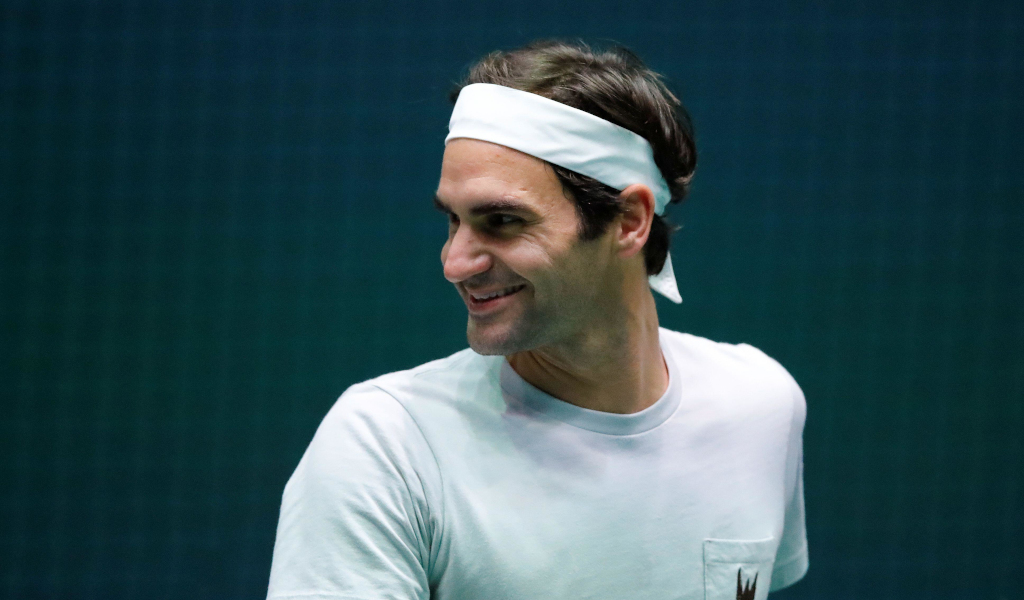 Roger Federer has kept a low profile since his emotional retirement last September, but he has made a return to court in Dubai.

Federer was forced to bring down the curtain on his remarkable career when a knee injury forced him to confirm he could not play professional tennis into his 40s.

There were misleading reports that Federer had been offered a chance to make a comeback by playing in the Australian Open doubles event, but that suggestion was quickly shut down by all parties.

Yet Federer has been back on court playing doubles with a racket in his hand, as he joined his long-time coach Severin Luthi to play padel in Dubai.

Federer’s glorious skills on the tennis court should be perfectly suited to padel, with the game focused on finding angles and showing volley skills.

The reaction to his appearance on court was euphoric from his fans, as they offered up excited responses to the sight of their hero back on court, even if it wasn’t quite the comeback they are hoping for.

The Swiss great opened up on his retirement in an interview with Trevor Noah, as he suggested he is busy with his wife and family.

“I am still very busy and I have four children: Twin boys that are eight and twin girls that are 13,” he said.

Excited to be back on the court with Severino🤣😎 pic.twitter.com/F2VSDYWb4M

“It needs to be my priority with my wonderful wife Mirka. I am really looking forward to what is next. It is going super well.

“There are not many jobs in tennis like in soccer or golf, I feel like they have many more. We are either a coach or a commentator.”

His presence on a padel court is also a big boost to the profile of a game hailed as the “fastest growing sport” heading into 2023.

There are no suggestions that Federer is considering playing padel at a higher level, but he joins a growing list of high-profile backers for the sport that includes, tennis great Andy Murray, football legend David Beckham and Liverpool manager Jurgen Klopp.

Tennis365 spoke to former British No 1 tennis player Andrew Castle about the impact of padel and he suggested it could reach a massive audience.

“Padel is a sport that could have a huge reach not just in this country, but around the world,” Castle told Tennis365 in his role as a Game4Padel ambassador.

“I still love tennis and that will always been the mummy and daddy for me. From the minute I played tennis, I adored it, but I have to admit it is more technical than padel.

“I think you can get to an enjoyable club standard quicker with padel than tennis.

“I have no evidence or statistics to back that up, but it feels easier to get to a standard where you can put a massive smile on your face. I think that would be one of the biggest selling points for padel.

“Where do I see padel in five years’ time? It can only be bigger. It is quite intoxicating.

“When you play once, you want to go out and do it again. So where is it in five years? It has to be bigger.”