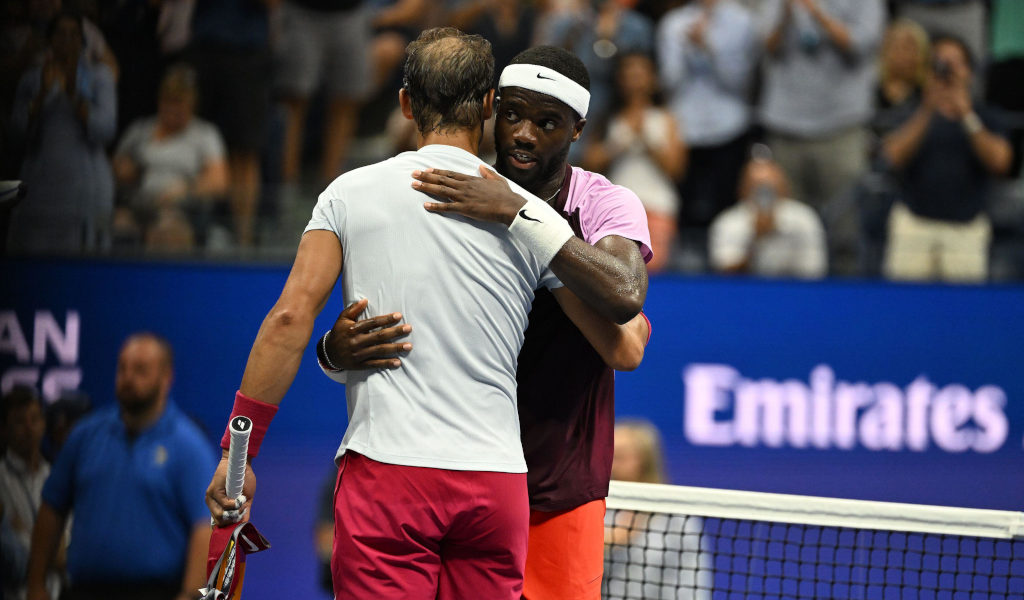 Jack Sock and Frances Tiafoe are relishing their role as pantomime villains in Friday night’s “beyond iconic” doubles showdown with Roger Federer and Rafael Nadal.

Federer, the winner of 20 grand slam titles, is partnering his oldest rival Nadal at the Laver Cup in what will be the Swiss great’s final match of an illustrious 24-year career.

But Sock, nowadays more of a doubles specialist, and Tiafoe represent a serious challenge to the exalted Team Europe duo.

Team World, captained by John McEnroe, are still looking for their first win in the fifth edition of the event, and Sock said: “I think we have a great chance.

“Obviously tomorrow night is going to be a beyond iconic, evening doubles match. I’m just stoked to be a part of it with my guy Foe next to me.

“We will go out and enjoy the moment, but not going to hold anything back. Sorry, Roger. Don’t want to spoil the night.”

He said: “I’m just excited to play two up-and-comers tomorrow! Should be good.

“No, it’s going to be iconic to be part of that. Both guys are absolute legends, and obviously it’s Roger’s last dance.

“Again, as Jack said, we are definitely just out there trying to get a win.”

“I love Laver Cup competition,” said Tiafoe, who rose to a career-high World No 19 in singles following his success in New York which included a massive win over Nadal.

“I know what to expect and I think we have a great chance this year of taking the title from Team Europe.

“I just proved that I can play with the best, and I’m capable of winning Grand Slams,” Tiafoe added.

“I’ve always backed myself against the best players in the world — I’m doing it on a consistent basis, starting to beat guys more readily, ready to take the next step,” said Tiafoe. “I feel like I can win any match.”

Frances Tiafoe will be one of the players to watch at the Laver Cup, and McEnroe feels that there isn’t a hotter property in American men’s tennis.

“Frances is trending in the right direction, he brings a lot of energy and he’s got some great talent,” Team World Captain McEnroe said earlier this week.

Team World have never won the Laver Cup and will need an immense effort to get past a Europe team dominated by the big four and top 10 stars Casper Ruud and Stefanos Tsitsipas.