Ryan Peniston keeps expecting to wake up from Wimbledon dream 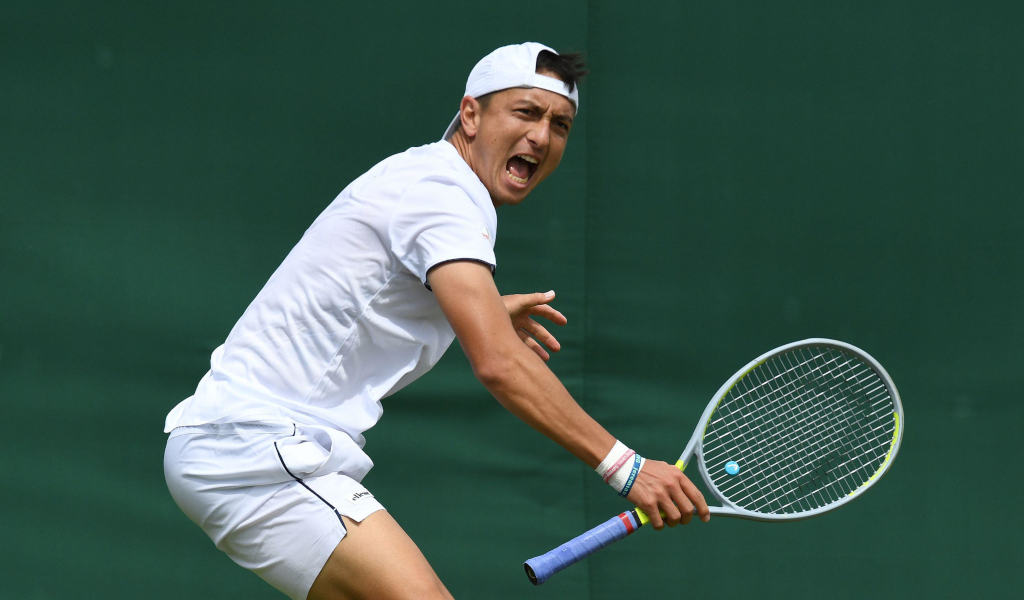 British wild card Ryan Peniston is still pinching himself after a making his belated Wimbledon debut.

The 26-year-old from Southend, a virtual unknown until his run to the quarter-finals at Queen’s Club last month, beat Switzerland’s Henri Laaksonen 6-4 6-3 6-2 on a packed Court 12 for a maiden grand slam win.

He said: “To be honest, I was chatting with my coach, Mark Taylor, yesterday and I was kind of saying I’m waiting for someone to pinch me and wake up back in May sometime.

“I’m just loving every second of it, to be honest.” 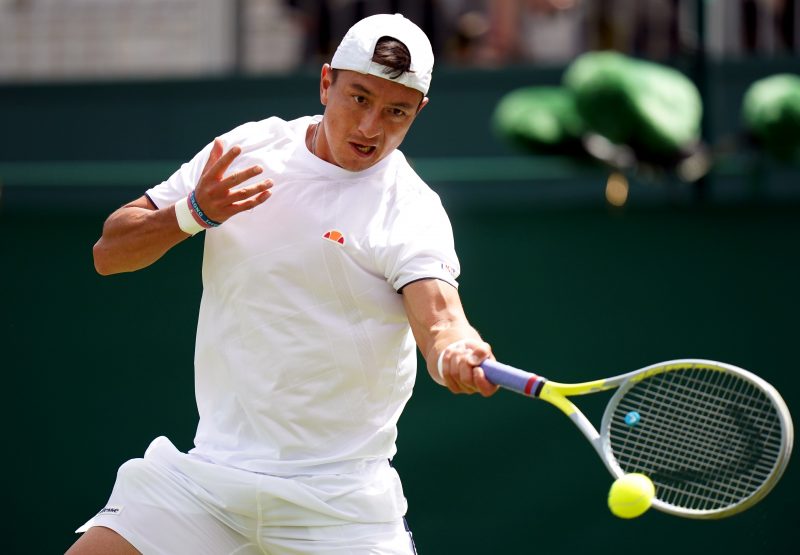 Peniston is a self-confessed late bloomer after overcoming a rare cancer as a baby which affected his growth as a teenager.

“I didn’t start growing until I was 15 or 16,” he added. “I was always about a foot smaller than all my peers.

“They all were growing and getting bigger serves and everything. I was struggling just trying to run around and get the balls.

“It made me definitely tougher as a player and a person I think. Yeah, it’s a blessing in disguise really.”

The national number six is guaranteed a pay day of at least GBP 78,000 for reaching the second round, and it will come in handy as he is currently looking for a pad to stay in with fellow Briton Alastair Gray around the well-heeled Wimbledon or Putney area.

He said: “Me and Ali, yeah, we’re great friends. It would be cool if we could find a place around this area to stay. It would be awesome. We’re definitely looking for that.

“Although round here, in these times, I think I might have to win it!”

An impressive defensive performance saw left-hander Peniston register just 18 unforced errors to Laaksonen’s 44, while he secured six service breaks including one in the opening game.

The players exchanged breaks early in the third set before Peniston wrapped up victory with a further two breaks to book a meeting with American Steve Johnson, ranked 93 in the world.